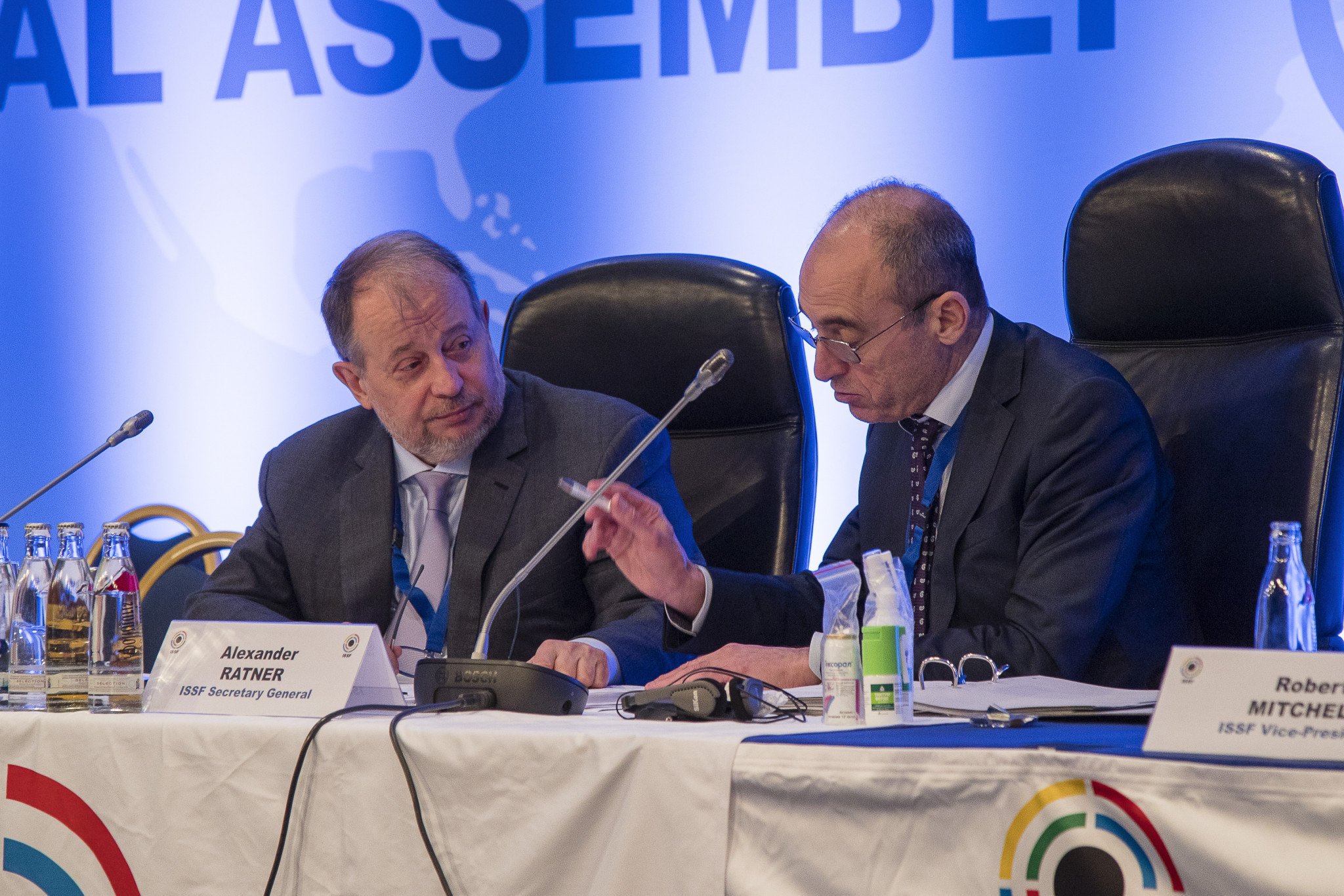 International Shooting Sport Federation (ISSF) secretary general Alexander Ratner has accused Luciano Rossi of "recklessly putting personal ambitions over the most important values of the international shooting family" in his bid to become President of the organisation.

Ratner has published an open letter where he attacks the Italian's Presidential campaign and throws his support behind Russian oligarch Vladimir Lisin's ambition to remain in charge of the ISSF.

It is unprecedented for an employee of an International Federation to intervene so publicly in an election.

As insidethegames exclusively revealed in August, Rossi is standing against Lisin at the ISSF Congress, scheduled to be held in Egyptian resort Sharm El-Sheikh on November 30.

However, Rossi has come under fire from Ratner who made a series of allegations against the Italian in his 1,700-word letter.

Rossi was previously ISSF vice-president between 1998 and 2018 but Ratner slammed his 20-year spell in the role.

"In all the minutes of the Executive Committee meetings during those 20 years there is no single mentioning of any ideas or innovation presented by him, no proposals on optimisation of the competitions' programme or modification of events," Ratner wrote.

"He did not pronounce a single word about transparency of the administration or financial policy.

"He did not bring in personally a single sponsor of the ISSF."

Russian Ratner, now a naturalised citizen of Germany, also criticised Rossi's attempts to become ISSF President in 2018 after being cleared to stand by the Court of Arbitration for Sport (CAS).

Rossi was accused of breaching numerous ethics rules by the ISSF Ethics Committee, including an alleged conflict of interest, disloyalty and failing to act with credibility and integrity in his capacity as vice-president.

The Italian was banned for three years before it was reduced to 20 weeks, with the CAS ruling that personal and political motivation were behind the reasons the ISSF Ethics Committee had barred him in the first place.

Before the election, Rossi was given a police escort after he claimed he had received death threats aimed at forcing his withdrawal from the campaign.

Lisin has refused to step aside as head of the worldwide governing body, unlike fellow oligarch Alisher Usmanov, who has temporarily stood down as President of the International Fencing Federation.

He has called for a diplomatic solution to the war in Ukraine but it is believed he remains a supporter of Russian President Vladimir Putin.

Ratner, who was appointed as secretary general by Lisin after the last election in 2018 and also succeeded the latter as President of the European Shooting Confederation (ESC), claimed that Rossi chose to discredit Lisin based on his nationality "while also degrading to fabricated slander".

"It is Mr Rossi who is recklessly putting personal ambitions over the most important values of the international shooting family enshrined in the ISSF Constitution and the Olympic Charter," said Ratner.

"The forthcoming elections are the last chance for Luciano Rossi to remind of himself.

"After 2024 he will stop to be even FITAV [Italian Shooting Federation] President.

"He will finally leave the stage for good."

Ratner hailed the leadership of Lisin - whose company Novolipetsk has been linked with providing steel for Russian military, including its nuclear weapons programme - as both President of the ISSF and the ESC.

Among the areas praised by Ratner include Lisin's concept of a "shooting theatre", the creation and inclusion of mixed team events in ESC competitions and helping to ensure events are televised.

"Under the leadership of President Lisin the Olympic future of the shooting sport has been guaranteed for many years to come," added Ratner.

"A trustful working relationship has been built with the IOC.

"ISSF has become open to every Member Federation.

"Not a single message, not a single request remains unanswered but is thoroughly considered.

"You can meet and talk with the President during competitions.

"Our sport has gone beyond shooting ranges and become visible to a wide audience."