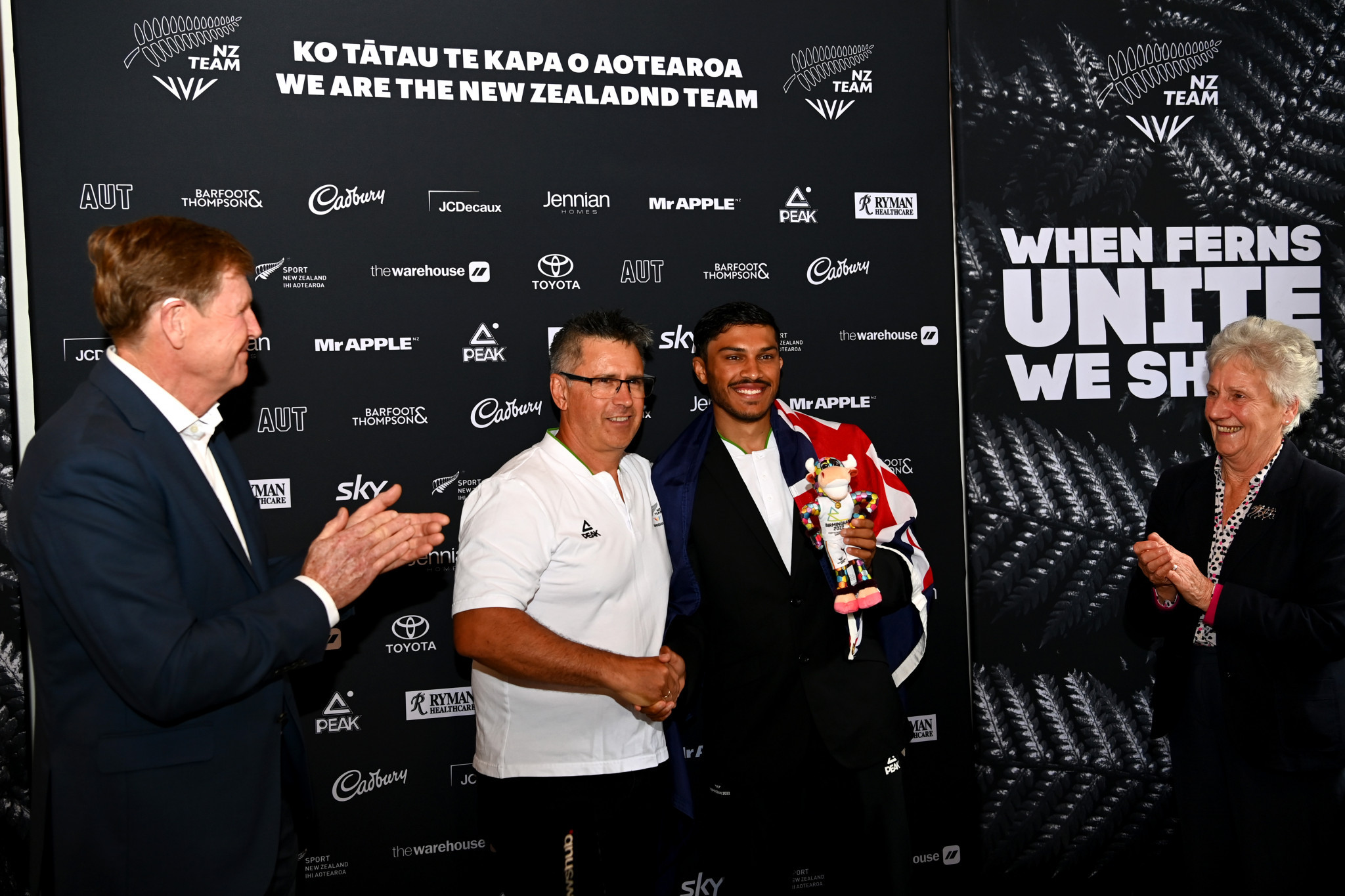 A celebratory event has been held for New Zealand wrestler Suraj Singh after he was upgraded to a Birmingham 2022 Commonwealth Games bronze medal following the disqualification of Ali Asad for a doping violation.

The 23-year-old Singh competed in the men's 57-kilograms division at the Commonwealth Games and was boosted to a podium place after Pakistan's Asad tested positive for a banned substance.

The team secured 20 gold, 12 silver, and 18 bronze medals which secured a fifth-placed finish overall on the medals table.

"It means a huge amount, I’ve been wrestling since I was a young kid so to get this result is really special," said Singh.

"I wish that I got the medal in Birmingham but I'm pretty pleased to be on the podium in the record books.

"I told my family straight away, they were so happy about it and really pleased to share this moment with me today."

Singh was presented with flowers and a New Zealand flag at the celebration which was attended by Commonwealth Games Federation (CGF) President Dame Louise Martin at the New Zealand Olympic Committee offices.

The CGF is said to be in the process of supplying Singh with a new medal.

"He's a hard worker and deserves this result.

"It's a shame he didn’t get to stand on the podium in Birmingham however this result highlights his capability and potential."

Asad returned a positive sample prior to competing at Birmingham 2022, while it is reported that he also tested positive during the Commonwealth Games where he defeated Singh in the repechage round.

insidethegames has contacted the CGF and United World Wrestling for clarification.