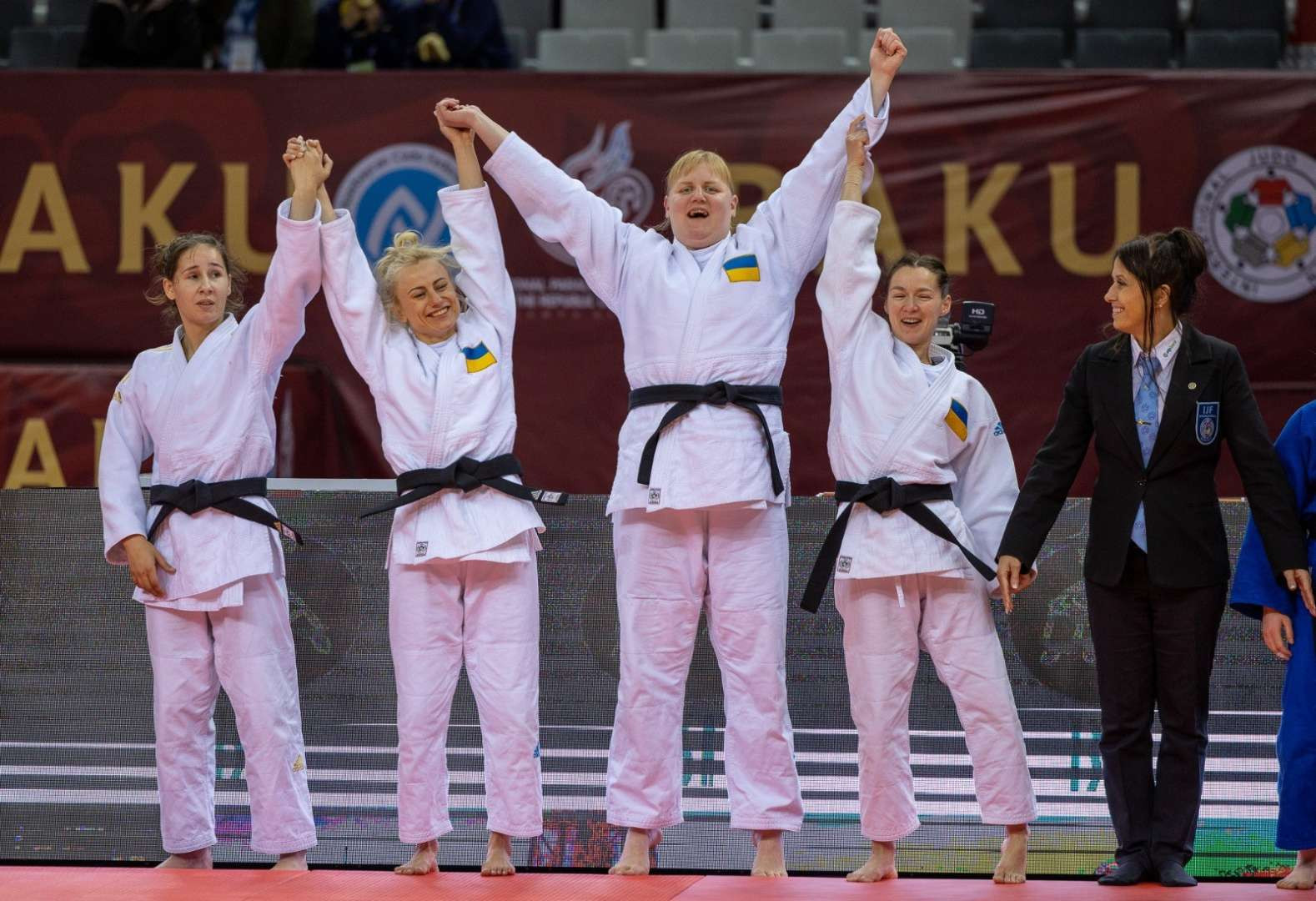 The hosts from Azerbaijan won the men's crown.

In the women's contest, Ukraine took on Brazil, India, Turkey and a mixed-nationality team competing under the IBSA label in a round-robin format.

It all came down to Ukraine's match with Brazil, which was tied at 3-3 so a sudden-death repeat bout was drawn.

Bronze medals went to the Turkey and IBSA teams.

Azerbaijan won the men's team event in a popular result at the Heydar Aliyev Arena.

The final versus Turkey was level a 2-2 before Huseyn Rahimli and Ilham Zakiyev ground out victories to give Azerbaijan the overall win.

Brazil and Kazakhstan got bronze medals.

Today was the final day of the IBSA Judo World Championships, which attracted athletes from 41 countries.