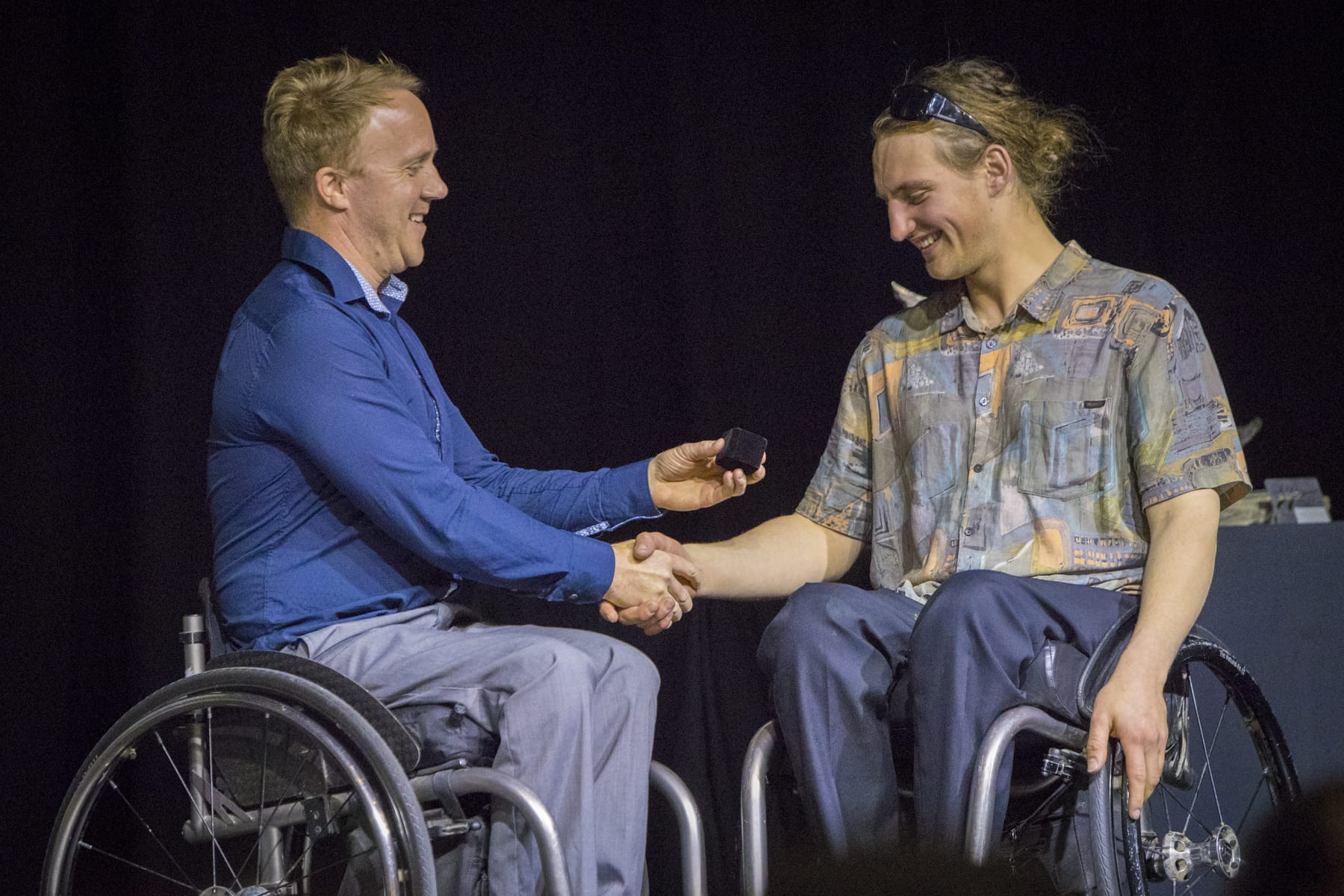 Para Alpine skier Aaron Ewen who made his Winter Paralympic Games debut at Beijing 2022 has been recognised by Snow Sports NZ.

A pin is presented to every individual who represents New Zealand at the Paralympics, with numbers assigned to debuting Para athletes in alphabetical order within each Games.

Numbered 228, Ewen was part of the three-strong team of Para alpine skiers at Beijing 2022 where New Zealand achieved its most successful Winter Olympics for 20 years.

Ewen marked his debut by finishing in ninth and 11th positions as New Zealand claimed one gold, one silver and two bronze medals.

The 25-year-old was presented with the numbered pin by New Zealand's Beijing 2022 Chef de Mission Jane Stevens and fellow sit-skier Corey Peters who left the Chinese capital with two medals.

Peters was also honoured at the awards ceremony as he was named Adaptive Athlete of the Year.