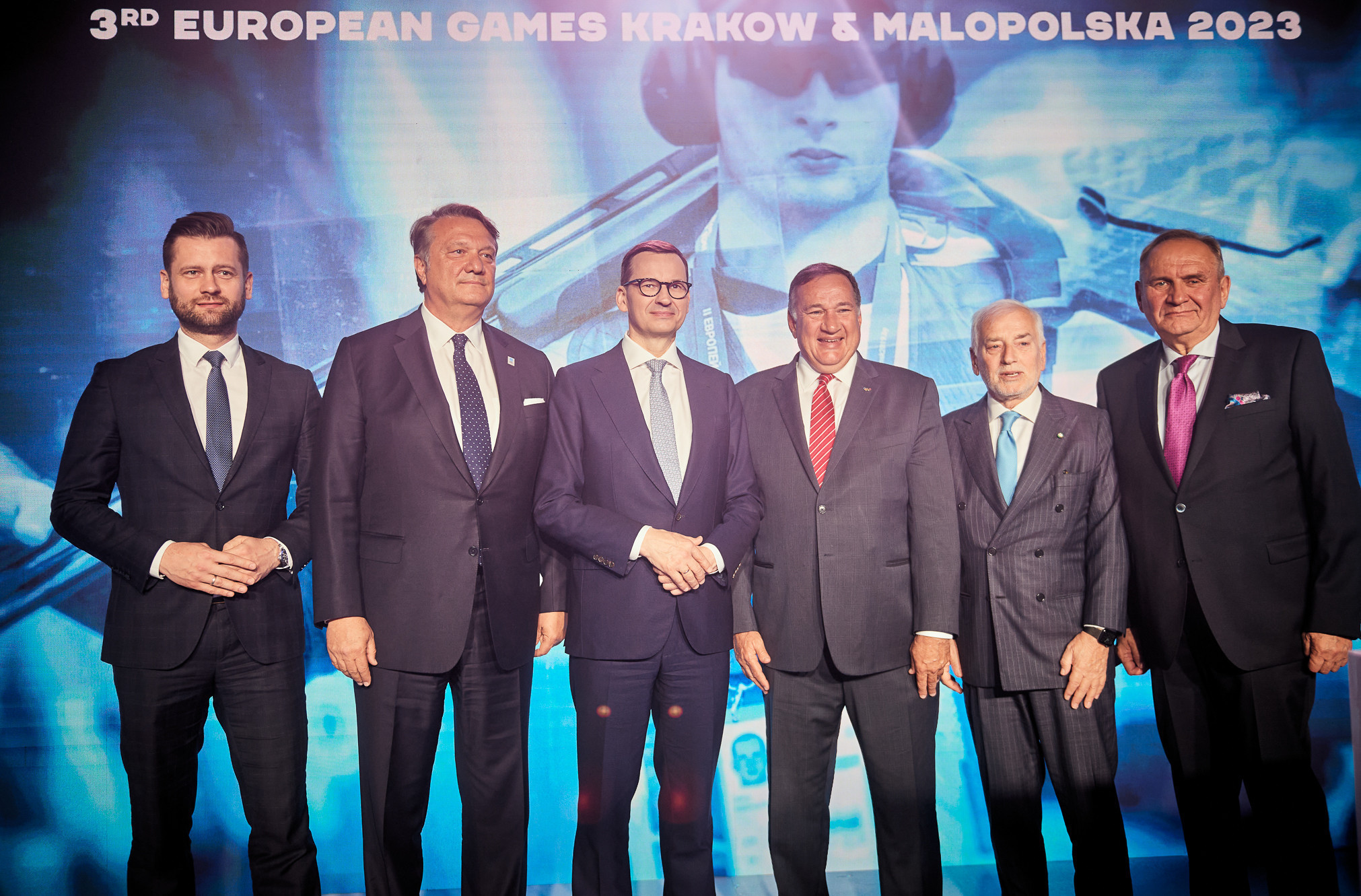 Preparations for the Kraków-Małopolska 2023 European Games are expected to be discussed when members of the European Olympic Committees (EOC) meet for the organisation’s Seminar here.

The annual gathering is poised to be held in a hybrid format over the next two days in Ancient Olympia in Greece.

The majority of the items on the agenda are planned to be addressed on Saturday (October 1) including reports on the European Games in Poland, after activities start tomorrow.

Kraków and the Małopolska region are set to stage the Games from June 21 to July 2 next year.

Hasan Arat, chair of the EOC Coordination Committee for Kraków-Małopolska 2023, is poised to deliver a report, while Polish Olympic Committee President Andrzej Krasnicki and Marcin Nowak, head of the Organising Committee, are also planned to give updates on progress of the Games.

EOC sport director Peter Brüll is set to talk about the sports programme with several events due to double up as qualifiers for the Paris 2024 Olympics.

Other multi-sport competitions scheduled to be discussed at the meeting in Greece include next year’s two European Youth Olympic Festivals, the winter edition set for Friuli Venezia Giulia in Italy in January and summer event in Maribor in Slovenia in July.

There are also expected to be reflections on the Summer European Youth Olympic Festival in Banská Bystrica in Slovakia.

Other items on the agenda for the second and final day include the Epathla Project - an initiative to combat the manipulation of sports events - as well as presentations on the European Union Commission Sport and Volunteer Programme, the European Young Olympic Ambassador Programme and a report from the International Olympic Committee (IOC) Regional Forum looking forward to Paris 2024.

An IOC representative is also due to give a speech tomorrow following an opening address by EOC President Spyros Capralos.

The Greek official, who is also head of the Hellenic Olympic Committee (HOC), is delighted to hold the meeting in his home country as the EOC expects all 50 National Olympic Committees to attend either in person or online.

"The Hellenic Olympic Committee welcomed the European Olympic Family with joy and emotion to Ancient Olympia, the birthplace of the Olympic Games," said Capralos.

"This is a special opportunity for all the representatives of the European Olympic Committees to meet for the first time in renovated facilities of the IOA [International Olympic Academy] which are the ultimate symbol of the Olympic Movement."

The winner of the 11th Piotr Nurowski Best European Youth Athlete Prize is set to be announced during the gala dinner following tomorrow’s vote.