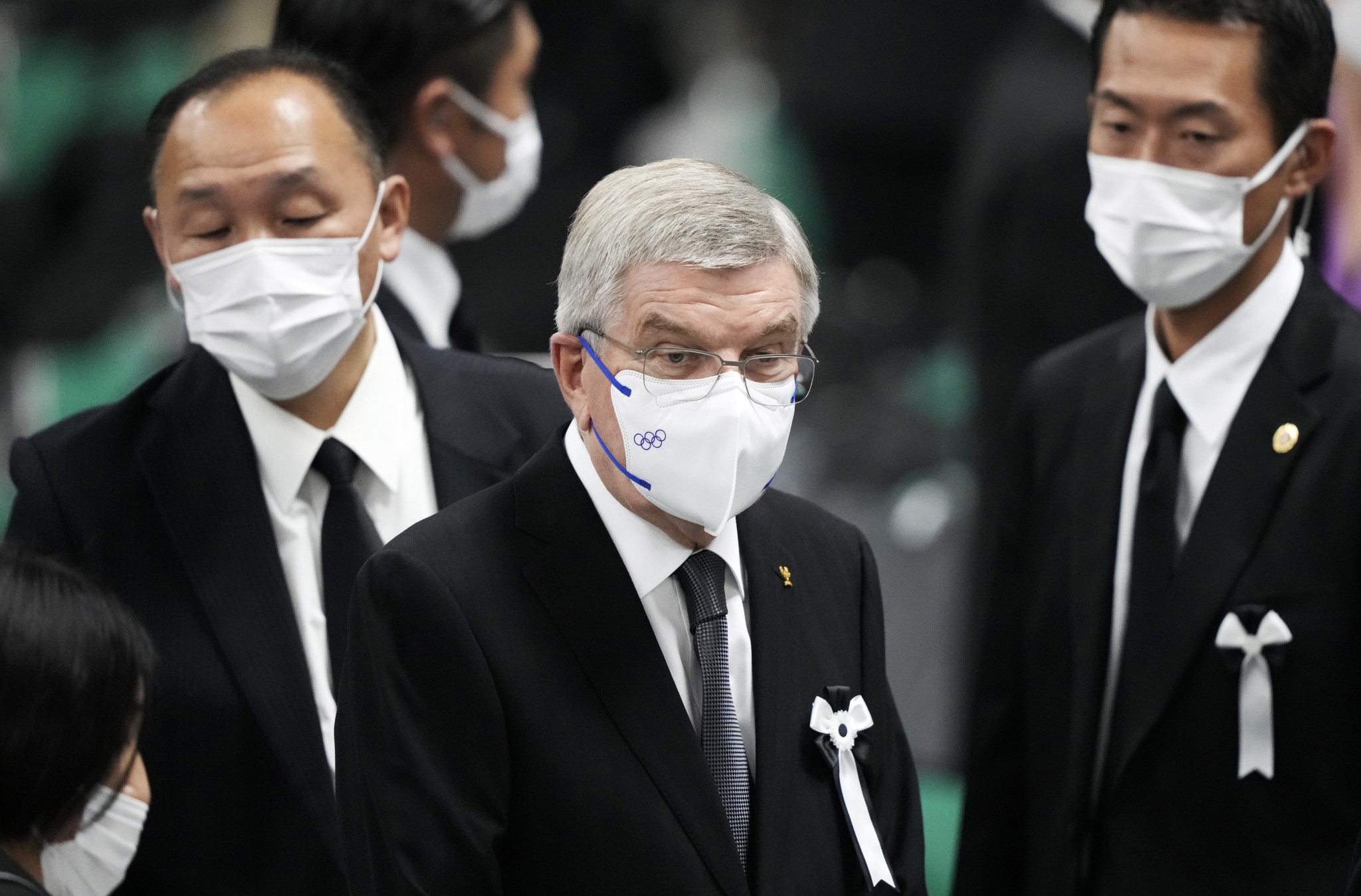 Bach joined hundreds of dignitaries at the service held at the Nippon Budokan, the judo venue for the Tokyo 2020 Olympics.

Abe was shot dead in Nara in July while giving a campaign speech in the lead-up to Japan’s upper house elections.

He was Japan's Prime Minister from December 2012 until September 2020, during which time Tokyo was awarded the Olympics and Paralympics and also made the unprecedented decision, along with the IOC, to postpone the Games by a year because of the COVID-19 pandemic.

Citing ill health, Abe resigned as Prime Minister before the delayed Olympics and Paralympics were staged.

Two months after resigning, Abe was presented with the gold Olympic Order - the highest honour given out by the IOC.

"Prime Minister Abe loved the Olympic Games and was a strong supporter of the Olympic values and the power of sport to change lives, particularly those of young people," said Bach.

"With Abe Shinzo, we agreed on the postponement of the Olympic Games at the height of the global pandemic.

"Without his support the Olympic Games Tokyo 2020 would not have taken place.

"The athletes, the Olympic Movement and fans around the world owe him a huge debt of gratitude."

It has been reported that about 20,000 police officers were deployed for the event as thousands of demonstrators protested against the state funeral.