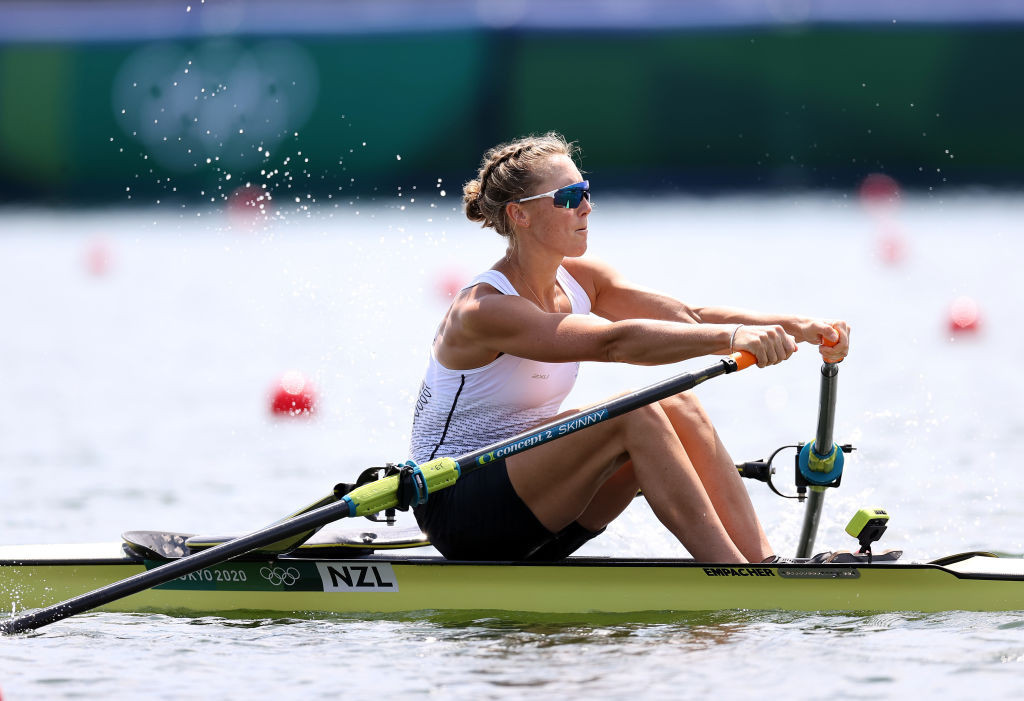 Emma Twigg, New Zealand's Olympic women’s single sculls champion, is one of four rowers elected to the World Rowing Athletes' Commission, with athletes able to vote on appointments for the first time.

A total of 547 participating athletes chose the four representatives from a list of 20 over four days at the ongoing World Rowing Championships at Czech venue Račice, with one of the places reserved for Para rowing.

Twigg was elected along with Mindaugas Griškonis of Lithuania, Niels Van Zandweghe of Belgium and Benjamin Pritchard of Britain.

An election for a fifth representative who will represent the coastal rowing discipline will take place next month during the World Rowing Coastal Championships and Beach Sprint Finals in Pembrokeshire in Wales.

Twigg, 35, won the world title in 2014, initially retiring after the Rio 2016 Olympics and working for the International Olympic Committee for two years before returning to the sport and earning her greatest triumph at the delayed Tokyo 2020.

Griškonis, 36, has won three European titles in the single sculls and took silver in the double sculls at Rio 2016.

Prtichard, 30, is a former cyclist and triathlete who was paralysed from the waist down after a cycling crash in 2016.

He joined the British Rowing Paralympic squad in 2017 and last year finished fifth in the PR1 men's single sculls at the Paralympics as well as winning European bronze.

The elected representatives will have the opportunity to voice their ideas and concerns within the Athletes' Commission.

Its chair - who will be further appointed by the Council - will sit on the World Rowing Council and Executive Committee.

The Athletes' Commission serves to represent active elite rowers and to act as a liaison between World Rowing and the elite athlete community, concerning any issues affecting the sport.

Members serve a four-year term, with the nomination and election process taking place in the second year following the Olympic and Paralympic Games.

The Athletes' Commission is composed of 10 members who are active or recently retired athletes, of whom five are now elected and five appointed by the Council.

The mandate of the 10 members starts on January 1 2023 for a four-year period.