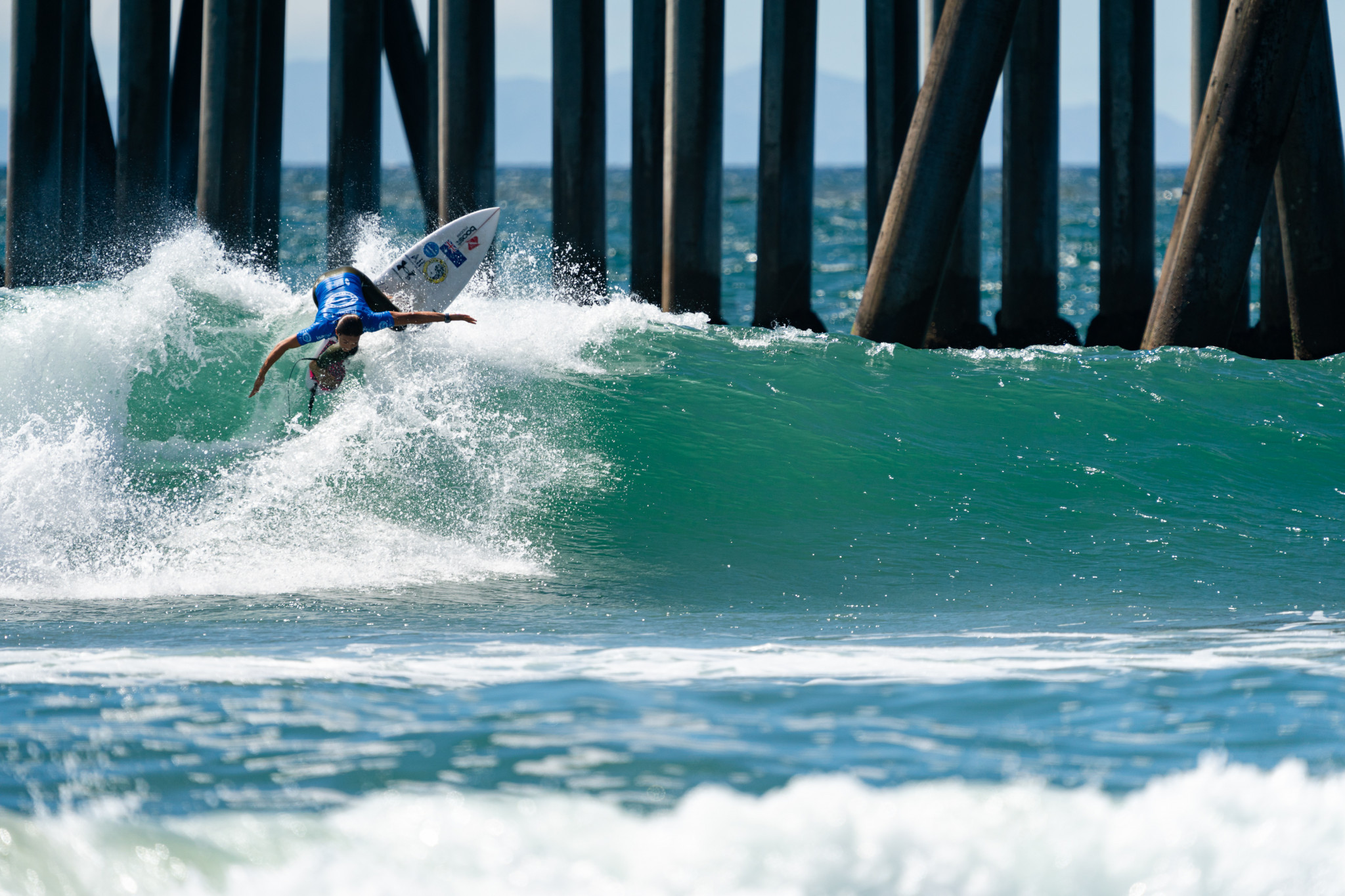 Tokyo 2020 silver medallist Kano Igarashi provided the outstanding score of the day in the men’s competition, just as he had on the opening day of action.

In the women’s repechage Shino Matsuda also posted the day's highest wave score of 8.50 and a total score of 16.27.

Australia’s three-time world gold medallist Sally Fitzgibbons was also in impressive form with 8.33 on the single wave, for a total of 15.50, to give her the second best score of the day.

On a day of perfect conditions, the exploits of Brazilian brothers Miguel and Samuel Pupo also took the attention.

In the final heat, the brothers raced against one another and although Samuel held the early advantage, it was older brother Miguel, the top seed in the competition who eventually inverted a full rotation tail reverse to take victory.

"We are going for a spot in the Olympics so I know we will have to make a lot of heats.

"I’ve trained the whole year for that so I am ready."

Even so, across the day, it was younger brother Samuel who recorded the highest score of 14.60, which incorporated a highest single wave score of 8.60.

The medals are set to be decided on Saturday (September 24).