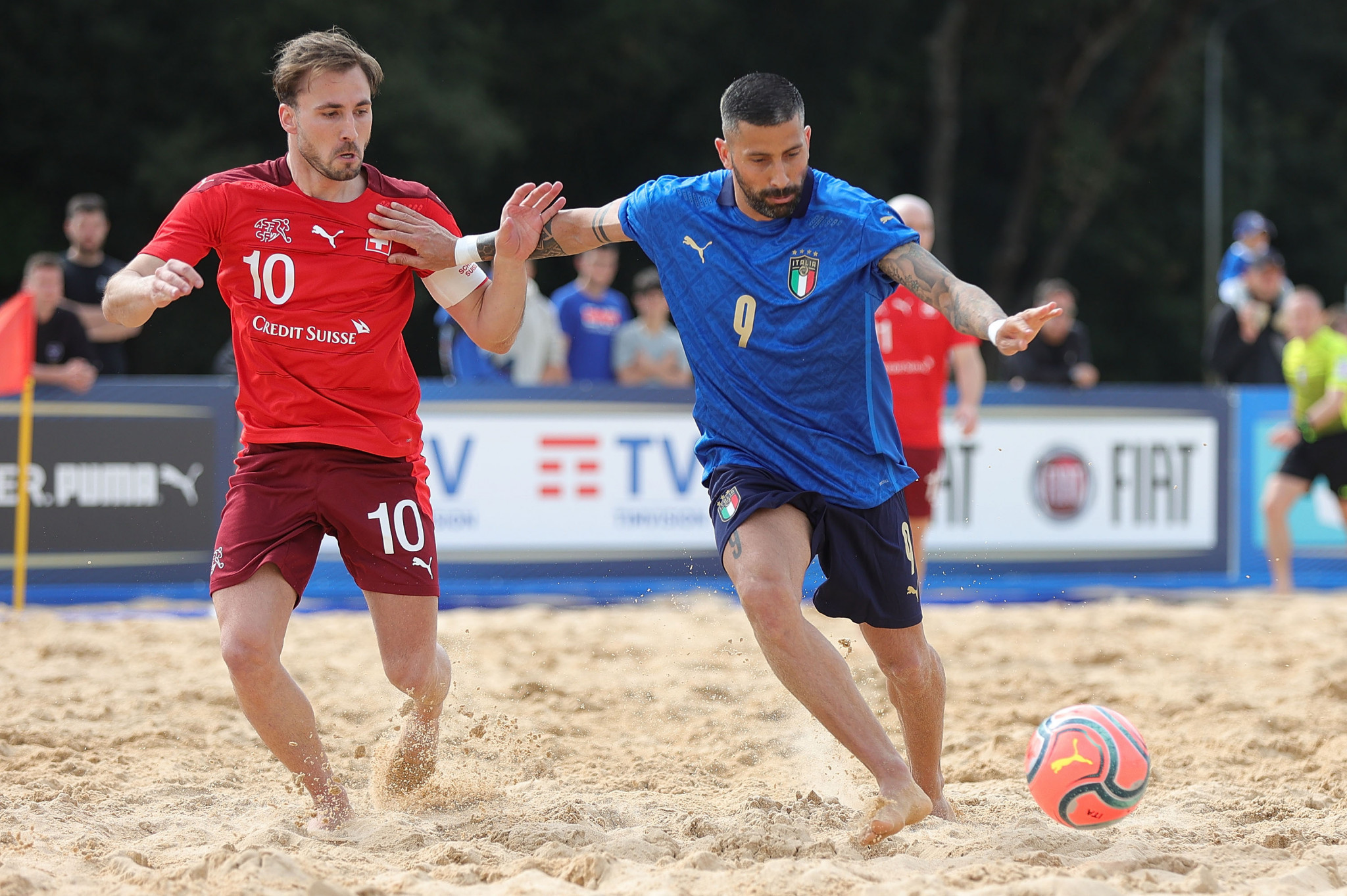 A total of eight men's and six women's teams have qualified in beach soccer for the Kraków 2023 European Games, with the final line-up including defending European champions Switzerland and Spain.

Switzerland and Portugal - who won three straight titles from 2019 to 2021 - are the top teams in the men's draw, joined by previous European Beach Soccer League winners Italy, Spain and Ukraine.

Hosts Poland are also in the field with Moldova and Azerbaijan.

Switzerland's victory this year at the European Beach Soccer League guaranteed their spot at the Games, as did the rest of the top six.

Poland were given an automatic spot, while Moldova progressed from the B Division of the Beach Soccer League to become the eighth qualifier.

Also winning in Cagliari were Spain in the women's event, where they defeated hosts Italy in the final.

Portugal and Ukraine also automatically qualified with the hosts Poland for the European Games, with England taking the sixth spot, having placed fifth in the European Beach Soccer League in front of Czech Republic.

Competition is set to take place in Tarnów.