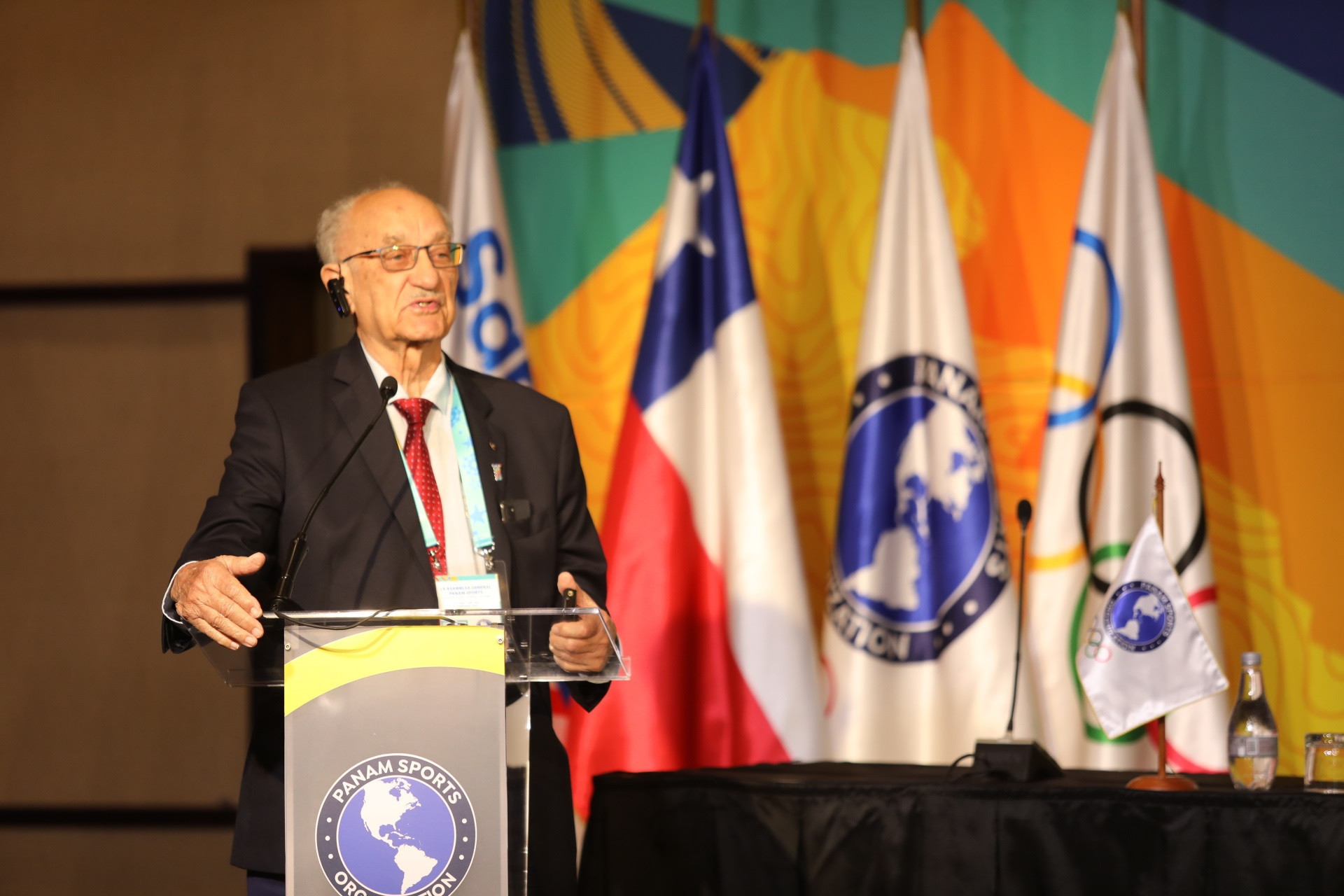 Concerns have been raised over the amount of work that still needs to be done on the aquatics and volleyball venues for next year's Pan American Games here.

Michael Fennell, head of the Panam Sports' Technical Commission for Santiago 2023, identified the two arenas as needing "special attention" as he issued a warning to organisers with a little more than one year to go until the Games are due to open in the Chilean capital.

The Aquatics Centre is set to be built as part of the Parque Deportivo Estadio Nacional cluster, while the volleyball venue is due to be situated at the Parque Bicentenario de Cerrillos.

Speaking at the Panam Sports General Assembly in Santiago, Fennell claimed the venue plan for the Games was "solid" and covered all the "necessary recruitments" but insisted organisers had areas that needed to be addressed following "detailed analysis".

"We have some current concerns with the venues," said Fennell.

"We do feel that some work needs to be done to some of the venues, certainly in terms of the aquatics and volleyball venues.

"We need to pay special attention so we can compete the exercise to a great degree of satisfaction."

I’ve recently returned from a tour of the #wheelchairbasketball ?, #hockey ? and #tennis ? venues for the #Santiago2023 #PanAmericanGames

I had hoped to see the national stadium ??? but it’s getting ready for a Justin Bieber gig ?@insidethegames pic.twitter.com/yFdm7xoKb6

Fennell stressed that the reports that Panam Sports had received from Santiago 2023 were "extremely positive" and "very satisfying" but has urged organisers to ensure all work is done on time.

"We have a very high level of satisfaction with the reports that we have received and the status  of the Games today but I would be less than honest if I did not issue a warning as well," said Fennell.

"In effect we have one more year of preparation so we should be ready by the end of August 2023 with all of these things [in place].

"There is a lot of work to be done.

"We are confident as a Technical Commission that they are well on top of the work.

"It’s not a complaint but we need to ensure and recognise the fact that a lot needs to be done because while the overall preparations are fine the danger is in the detail to ensure that the venues are all in place.

"I congratulate the Organising Committee as your team has been working very well and successfully but there is a lot of work to be done."

"At the previous meeting, we discussed some of the infrastructure issues that we are still working on," said Moccia.

"It’s advancing slower but we have the manager and chief of each area and I think the Games are very advanced.

"There are no worries about the process but we need to work.

"The worst day in an organisation like is to get confident.

"We need to keep working hard.

"We are working very professionally to achieve this Games to make them the best in history."