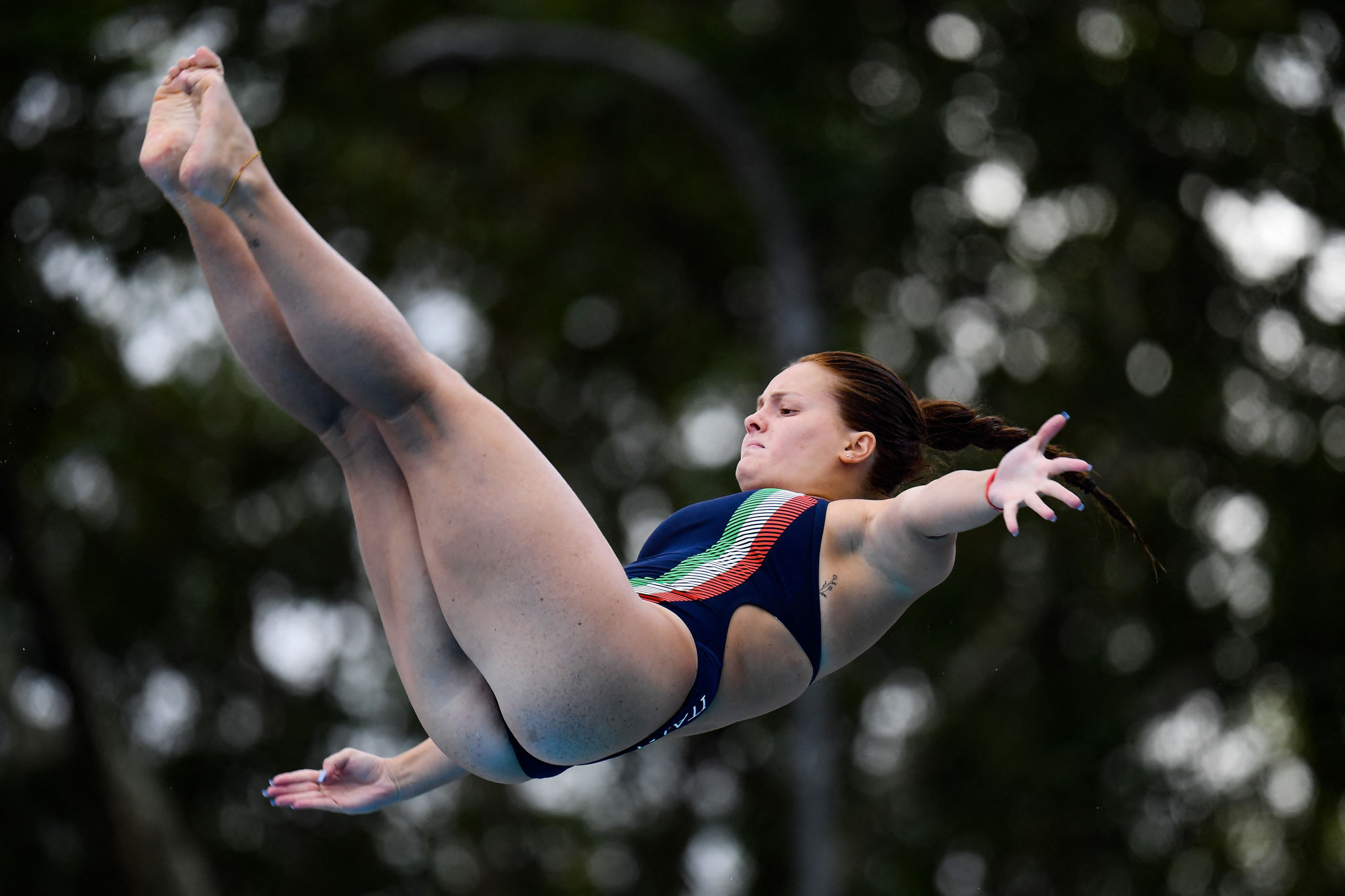 Pellacani triumphed in the women’s three metres springboard, to add to her haul of one gold, one silver and two bronzes at the Foro Italico in Rome.

Pellacani scored a total of 318.75 points across the five rounds, with her best scoring dive coming in round three and earning her 69.75 points.

Bronze went to Britain’s Yasmin Harper with a total of 296.20, with her best scoring dive in round three receiving 68.20 points.

In the men’s synchronised platform final gold went to the British pair of Ben Cutmore and Kyle Kothari who scored a total of 390.48 points across the six rounds.

The British duo’s best scoring dive came in round four and earned them 75.24 points.

The silver medals went to Ukrainian pair Kirill Boliukh and Oleksii Sereda, with a total of 388.02, with their best scoring dive in round three earning them 79.68.

Germany’s duo Timo Barthel and Jaden Eikermann Gregorchuk took bronze with a total of 369.30, with their best scoring dive in round three accruing them 70.08.

In the high diving events, the women’s competition concluded today with the final two rounds from the 20 metres board.

Anna Bader of Germany had led at the halfway stage overnight, but after round three she dropped to joint second place.

Elisa Cosetti of Italy moved into the lead after round three after scoring 85.00 on her third dive to take her total to 227.30.

Bader and fellow German Iris Schmidbauer were in joint second after this round on 219.00 points overall.

It was all on the line going into the final round, and Schmidbauer emerged victorious scoring 90.30 with her final dive to finish on 309.30 points.

Antonina Vyshyvanova of Ukraine took the silver, scoring 94.35 on her final dive to finish with 295.40 points.

Bronze went to Cosetti, who had a poor final dive and scored just 57.00 points, taking her total to 284.30 points.

In the men’s high diving event, from 27 metres, Catalin-Petru Pedra of Romania retained the overnight lead he held after round one, moving on to a total of 217.80 after scoring 135.20 in round two.

The final two rounds of the men’s high diving competition are due to be held tomorrow.