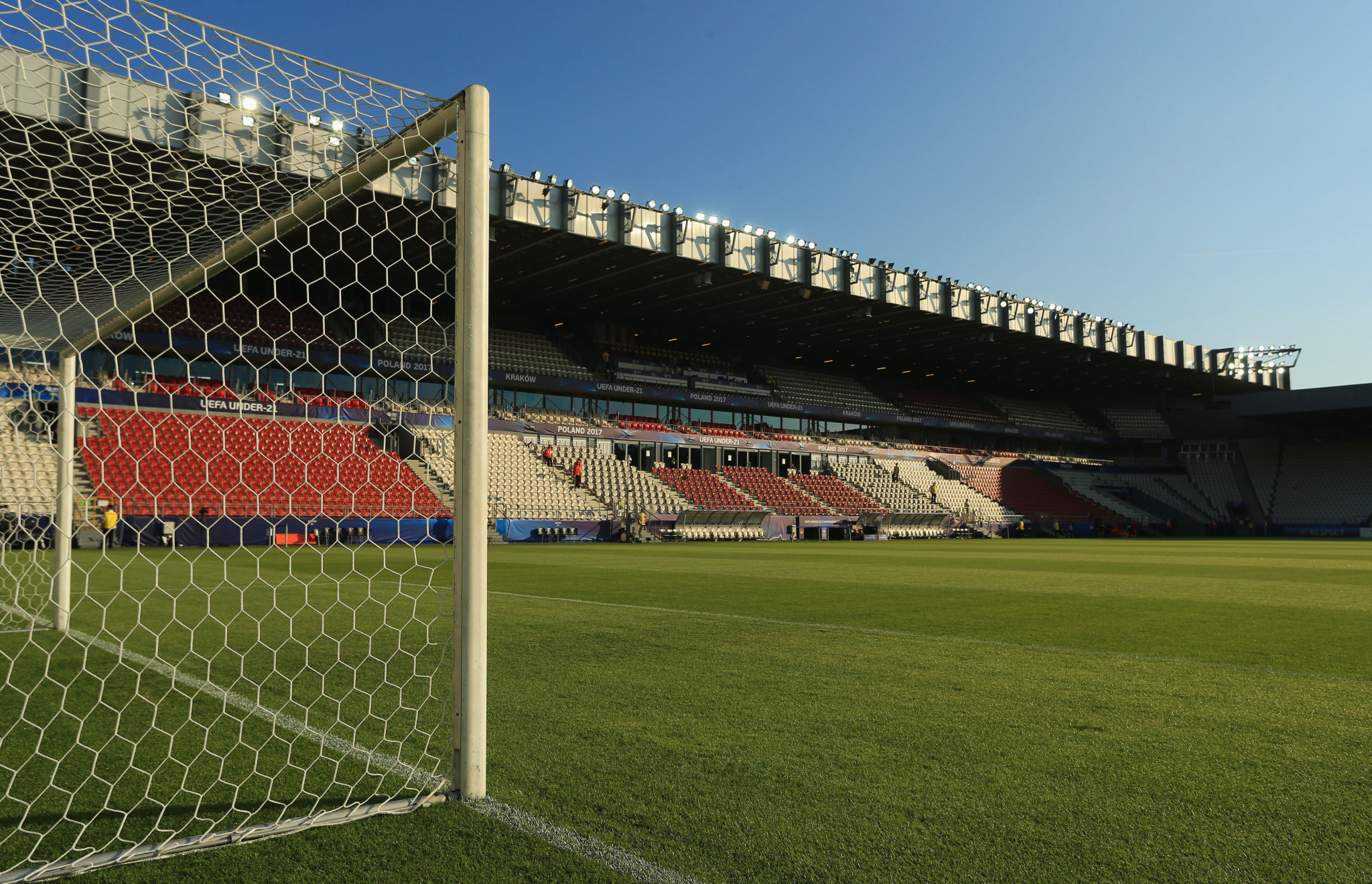 Ukraine's men's national football team's final UEFA Nations League match at home to Scotland is set to be played in the Polish city of Kraków.

Its first two home fixtures in group one of league B against Armenia and Ireland had been played in Łódź in central Poland.

The tie against Scotland on September 27 is due to be held at the Marshal Józef Piłsudski Stadium, which can house approximately 15,000 spectators.

It is home to club side Cracovia, although less than half the size of Wisła Kraków's Henryk Reyman's Municipal Stadium, which is set to host the Opening Ceremony of next year's European Games.

Football in Ukraine has been severely impacted by the Russian invasion, with the men's team's Qatar 2022 FIFA World Cup qualifying playoffs postponed to June and home matches moved to neutral venues.

Ukraine won 3-1 away at Scotland in their playoff semi-final, but missed the chance to qualify for their first World Cup since 2006 by losing 1-0 in Wales in the decider.

The women's national team resumed 2023 FIFA Women's World Cup qualification by playing home matches against Scotland and Hungary in the Polish city of Rzeszów in June.

Delays to the men's World Cup qualifying playoff schedule means Ukraine are set to play three Nations League matches in the space of one week next month.

Ukraine lead Scotland by one point after three matches as they seek promotion to league A.

Russian clubs and national teams have been banned from UEFA and FIFA competitions because of the war in Ukraine, although Belarusian sides have been permitted to continue playing in European and international competitions at neutral grounds and behind closed doors.