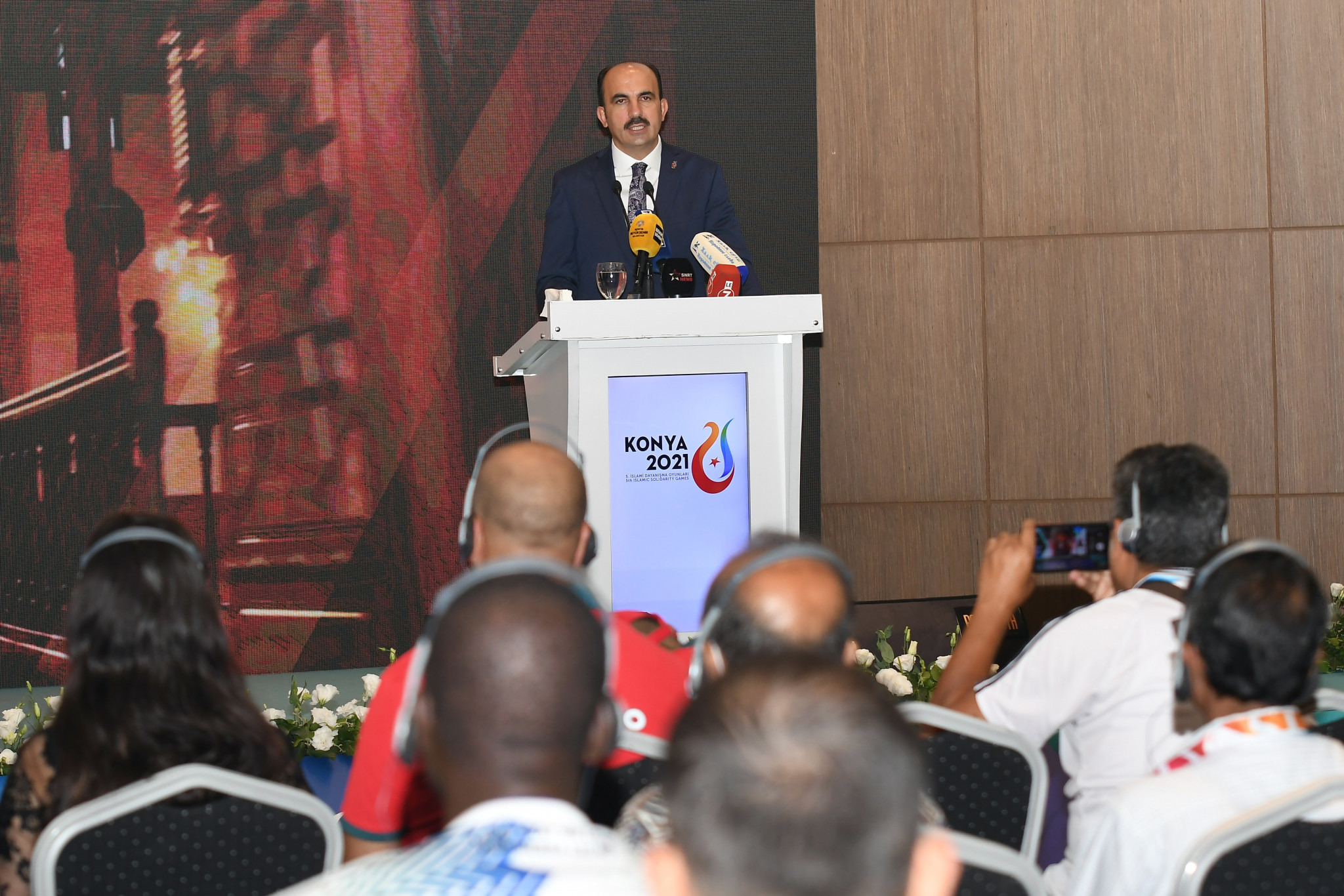 Konya Mayor Uğur İbrahim Altay has claimed the Turkish city’s hosting of the Islamic Solidarity Games has demonstrated that it is "well prepared" to stage a future Olympics.

More the 4,000 athletes from 54 countries have been competing in Konya for the Islamic Solidarity Games that are due to close tomorrow.

Earlier this week, Altay told insidethegames that Konya is "open" to working alongside Istanbul in its bid to hold the 2036 Olympics and Paralympics.

Istanbul Mayor Ekrem İmamoğlu announced last year that the city was launching a bid to stage the Games in 14 years’ time.

Altay boasted Konya was also equipped to play host having been named as the "World Capital of Sport 2023" by ACES Europe in March this year, following in the footsteps of Spanish capital Madrid.

"There are lots of facilities that contributed to that selection and we have proved that Konya is one of the biggest sports cities in our region," said Altay.

"Thankfully we didn’t have any unwanted events [at the Islamic Solidarity Games].

"This was somehow a preparation for the Olympics.

"It has been a sign that our city is quite well prepared for the Olympics and hopefully we will have such a major organisation in our city.

"In 2023 we will be hosting many different sporting activities in our city and we will continue our efforts in this regard."

Asked which edition of the Olympic Games Konya intended to bid for, Altay added: "The year is not our decision.

"The Turkish Olympic Committee will be making their application, but I would like to highlight that we are ready to host such an event.

"There will be a commission which is making the application [to the International Olympic Committee] but in terms of preparations we are ready."

Altay believes Konya could also become a location for teams to train prior to the Paris 2024 Olympics after building an Olympic-size swimming pool and velodrome in time for the Islamic Solidarity Games.

"We would like to invite all sports team to visit to Konya because we have facilities that will help preparation activities for the Olympics and World Championships," said Atlay.

"We would like to host them to show them the great services of Konya and hospitality of our people."

Altay refused to disclose details on the exact amount of money spent on hosting the Islamic Solidarity Games but insisted that Konya was able to use existing sporting infrastructure.

"The total that we have spent cannot be explained wholly as there are different items in the budget," said Altay.

"We have accommodation, travel and social events that we have run and we have used all the technical sides that have been available for the press.

"Rather than the budget we would like to talk about the hospitality of Turkey.

"We have benefitted from an adequate budget and from that we have hopefully provided a great hospitality."

The 2036 Olympic Games are set to be awarded under the new process whereby the International Olympic Committee engages in targeted approaches with selected countries, as opposed to traditional bidding races.

Its Future Host Commission identifies and proposes a preferred candidate to the Executive Board, which can then recommend the bid be put forward to a vote at an IOC Session.