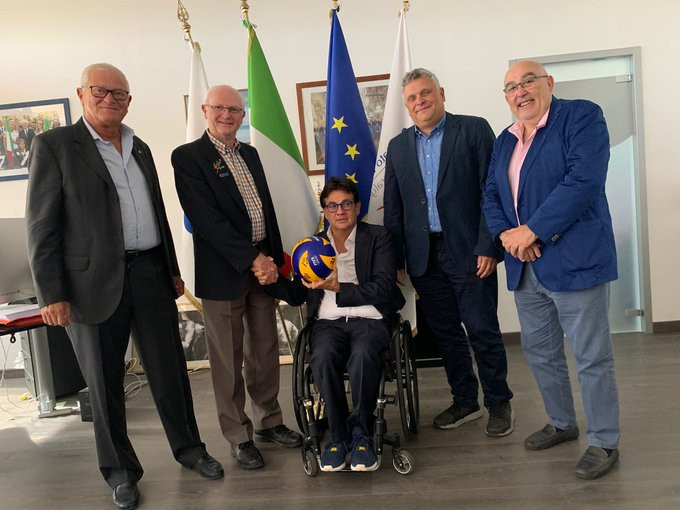 World ParaVolley President Barry Couzner has toured Europe to meet with several key officials and discuss the development of the sport.

The Australian was invited by the Italian Volleyball Federation (FIPAV) and ParaVolley Europe to play a prominent in-person role in meetings in Italy and Slovenia before concluding his trip in Bosnia and Herzegovina.

These particularly related to the future of Italian, European and global sitting volleyball.

Guido Pasciari, marketing director of ParaVolley Europe, was also involved in the meeting.

Couzner later met with Christos Tzamousis, secretary general of the Hellenic Paralympic Committee, in Slovenian capital Ljubljana where the focus was turned to the 2023 Mediterranean Beach Games in Heraklion in Crete.

Both beach ParaVolley and beach sitting volleyball matches played at the event.

Couzner concluded the European visit with Mihorko by holding a press conference on the 2022 Sitting Volleyball World Championships in Sarajevo, which is the host city for the event.

The competition is scheduled to be staged between November 4 and 11.