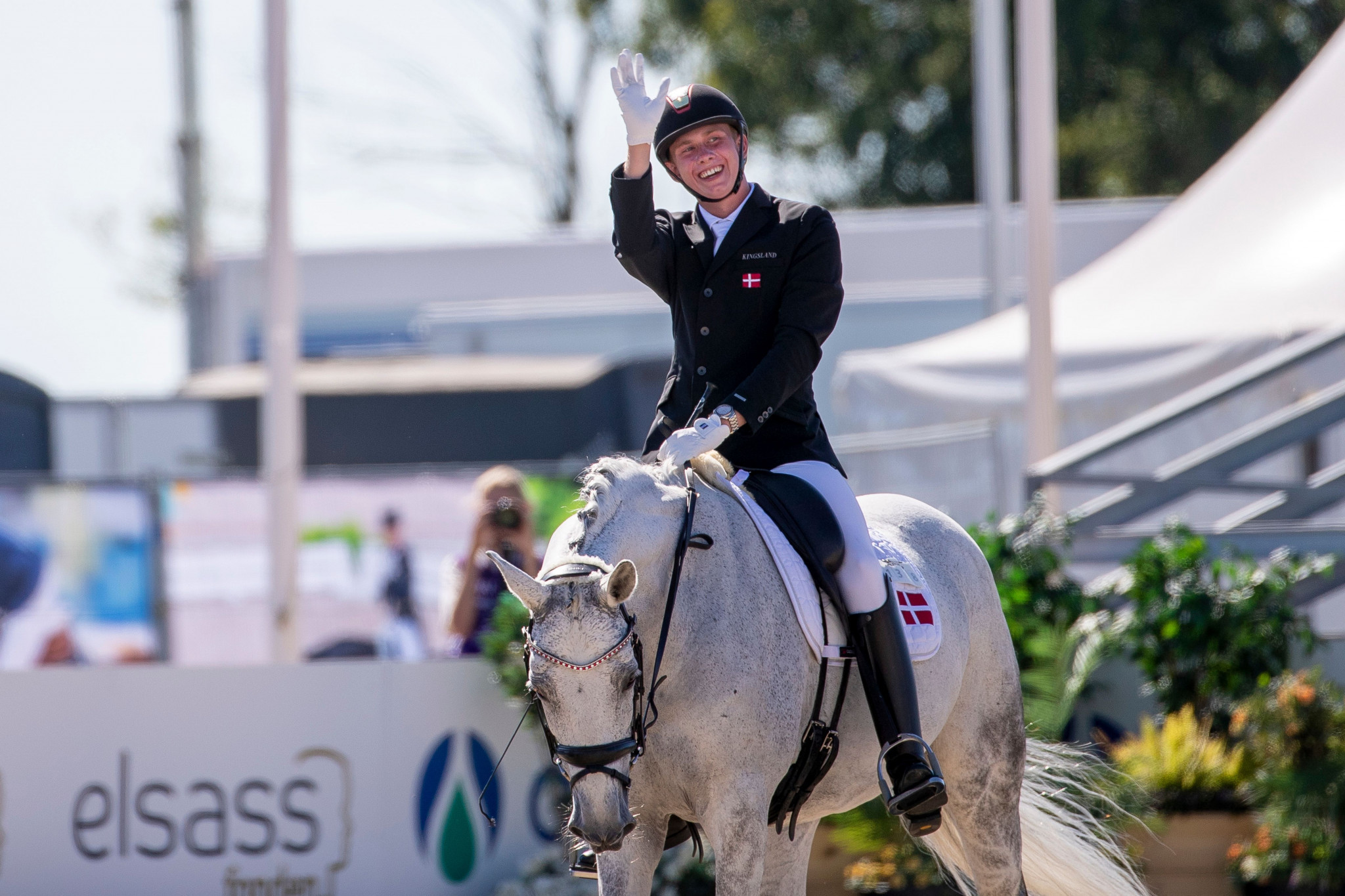 Jolene Hill, under the guidance of Jørgensen, danced across the BB Horse Arena to secure the title with a score of 78.676 per cent.

The Dane defeated Britain’s Natasha Baker and her horse Keystone Dawn Chorus in second on 73.970 per cent as well as the United States' Rebecca Hart, who partnered El Corona Texel, in third on 73.147 per cent.

George and Best of Eight wooed the judges to record 76.419 per cent, which was just enough beat silver medallist Sophie Wells of Britain and Don Cara M on 75.279 per cent.

The Netherlands’ Frank Hosmer may have thought he had done enough to secure second, but he was only whiskers away with a percentage of 75.256 and instead had to settle for bronze.

Meanwhile, Olympic champions Sweden held onto their advantage over France in the team jumping disciple.

Henrik von Eckermann, who rode King Edward, led the Swedes during a faultless display to maintain their overnight score of 3.69.

France needed to equal their rival’s performance to stand within a chance of winning gold and they were more than up to the task.

Simon Delestre and his horse Cayman Jolly Jumper were on hand to make zero.

However, the top two's error-free execution meant Germany fell behind by a further four points.

Marcus Ehning and Stargold, alongside Andre Thieme and DSP Chakaria, handed their national team a platform to stay within touching distance of top two.

Nevertheless, after Jana Wargers and Limbridge had already tallied four, pressure was on Christian Ahlmann to pull off a perfect score with Dominator 2000 Z.

The super Swedes steal the show on Day 2. 🇸🇪🙌

The rider could not deliver, and four crucial points were added to their score, bringing it to 11.76.

With just one round to go, this was enough to guarantee bronze after the Netherlands, who are placed fourth, also recorded another four points to increase their total to 13.31.

Belgium rounded off the top five following eight points, which was combined to their overnight tally of 5.49.

Little changed in the individual event as Epaillard continued to reign top of the leaderboard on zero.

Britain's Scott Brash also recorded no penalties to keep himself finely placed in second on 0.23, while Peder Fredicson trailed on 0.40 and von Eckermann on 5.58.

Canada’s Tiffany Foster kept herself within the top five after partnering her horse Figor to a perfect score.

The FEI World Championships is due to continue tomorrow.