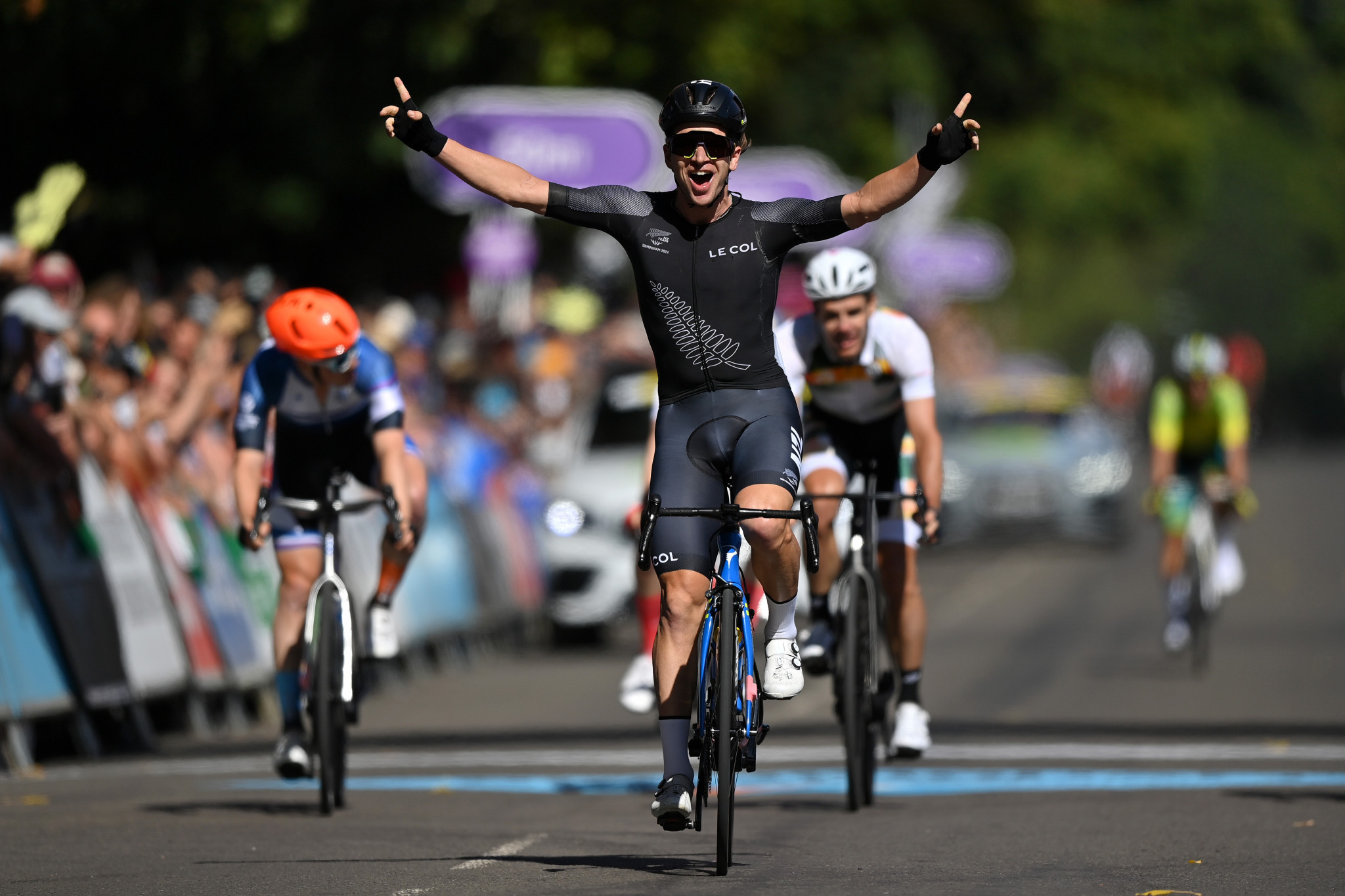 In the women's race, Baker was streets ahead of the opposition in a reduced bunch sprint finish, crossing the line after 2 hours 44min 46sec, with Neah Evans of Scotland second and fellow Australian Sarah Roy holding on for bronze.

"It was a real team effort," said Baker after cycling 112 kilometres.

"We had a race plan, it was for me to win, and they executed it so well.

"I wish I could split this in six.

"It was a real credit to the team, I'm glad I could pull it off for them."

Australia's athletes worked together brilliantly from the front to snuff out several attacks before going up a gear in the last few kilometres to provide Baker with a near-perfect lead-out in the sprint.

Gate foiled Australian hopes of a road clean sweep after the country had also won both of the time trial golds.

Pre-race favourite Geraint Thomas of Wales was leading with just 1.5km to go, which set up a sprint for the line and allowed Gate to pull clear and seal victory.

"It's going to take a while to sink in," said Gate.

"Three [gold medals] felt great and I was super happy with that.

"I came here today and managed to help the team and if the opportunity arose to go for a fourth one, I just had to grab it with both hands.