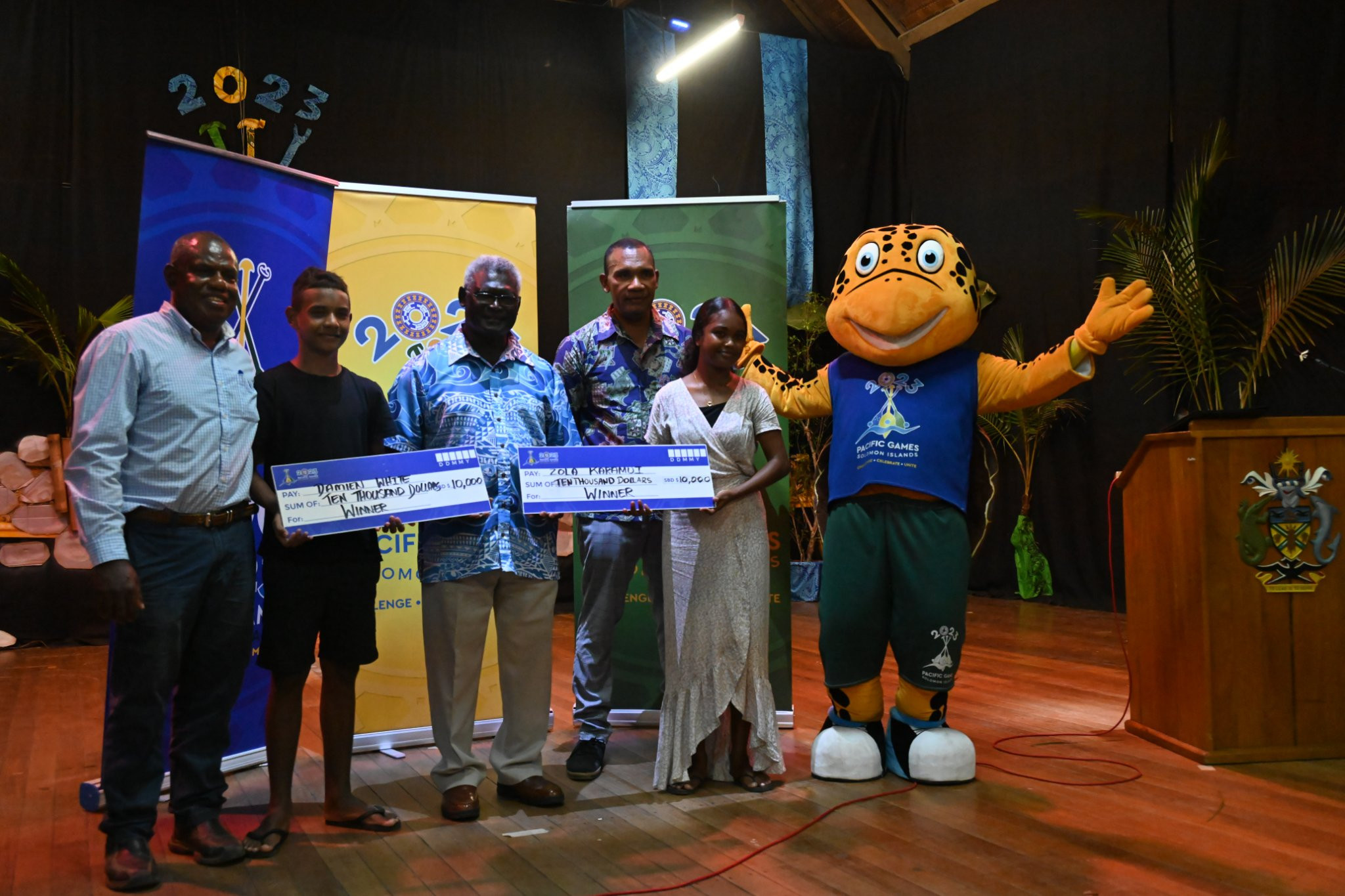 The turtle mascot for the Solomon Islands 2023 Pacific Games has been given the name "Solo".

When the multi-sport event's turtle mascot was unveiled in May, it did not have a name, but a competition was launched for students to come up with one.

Damien Paul White, in grade six at Woodford International School, and Zola Karamui, in sixth form at Betikama Adventist College, won the competition, according to the Organising Committee.

In the days since Solo got its name, the mascot has been touring Isabel Province to drum up support for the Pacific Games.

Sea turtles are endemic to the country, including hawksbills, which are critically endangered.

Honiara, capital of the Solomon Islands, is due to stage the Pacific Games between November 19 and December 2 in 2023, following a four-month delay blamed on COVID-19.

A programme of 23 sports, including three rugby codes, is set to be contested.