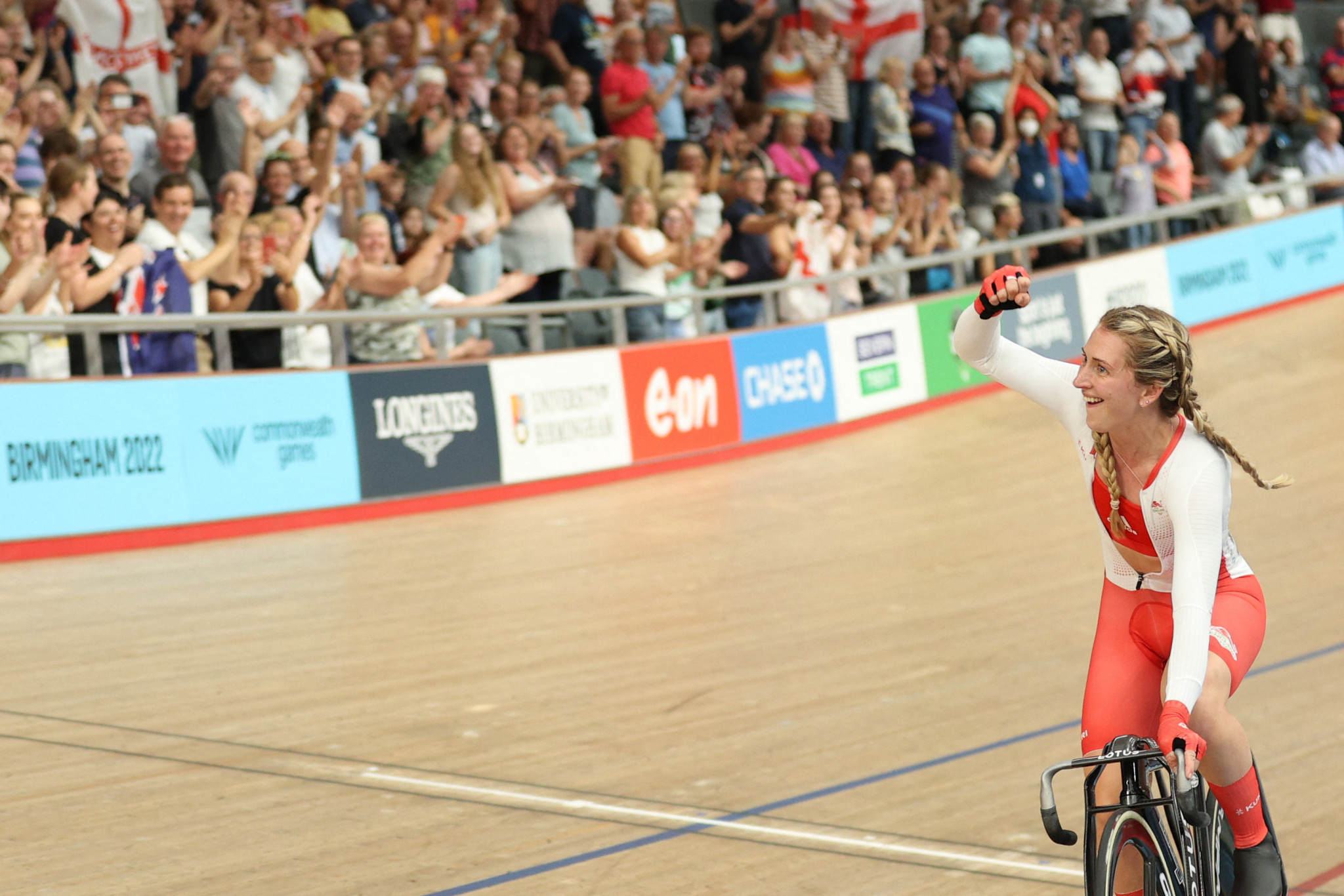 Raised in Harlow, just 20 miles from the Lee Valley VeloPark, one of Britain's most-decorated cyclists ever took the title, 24 hours after questioning whether she would race again.

Following the dangerous crash in the men's scratch qualifying which saw her compatriot Matt Walls go into the crowd with his bike, Dame Laura had considered withdrawing.

Instead, she stood atop the podium after holding off New Zealand's Michaela Drummond in the final straight.

Maggie Coles-Lyster of Canada completed the podium, having pipped Scotland's Neah Evans on the line.

Evans had made a break with four laps to go, but was eventually reined in.

Australia headed into the men's 1000 metres time trial with a degree of uncertainty as they were forced to change their handlebars to those more favourable in sprints, due to safety concerns.

However, it did not change their fortunes, as Matt Glaetzer thrashed the rest of the field on his way to the gold medal in a time of 59.505 seconds, more than half-a-second in front of his compatriot and silver medallist Thomas Cornish.

Nicholas Paul of Trinidad and Tobago won his third medal of the Games, collecting one of every colour, after finishing just behind Cornish.

New Zealand claimed two more titles to finish top of the medal table in track cycling, making it their most successful Games ever in the sport, even prior to mountain biking or road.

The first of these came in the women's keirin as Ellesse Andrews claimed her second gold medal at Birmingham 2022.

In the race to the line, she held off eventual silver medallist England's Sophie Capewell and Olympic sprint champion Kelsey Mitchell from Canada, who made the podium for the third time, but leaves the Games without a gold.

Aaron Gate ended the night on a sweet note in the men's 40km points race, in which he won gold.

After the race, he did a lap of honour with his son, pushing him around the track to celebrate his victory.

He led from the early stages of the 160-lap race and only continued to push on, finishing with a total of 45.

Campbell Stewart, his compatriot, followed him in second place on 38 points, with England's Oli Wood claiming bronze on 35, crucially dropping from second on the final sprint.