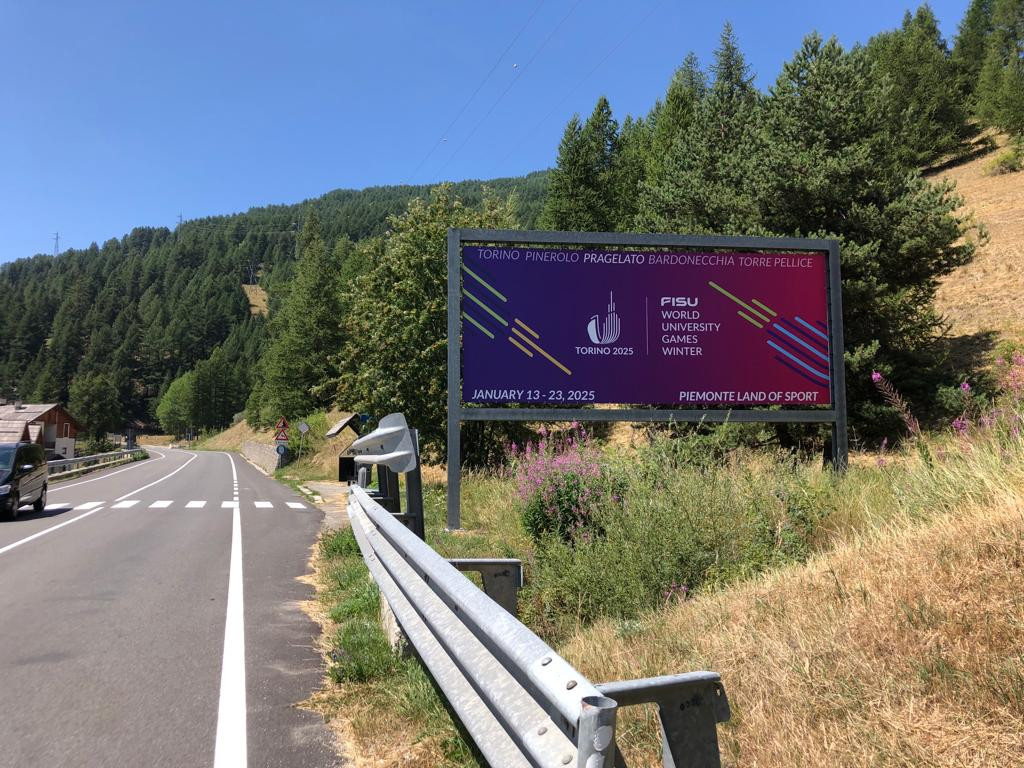 Decorations to advertise the Turin 2025 Winter World University Games have started going up in the five municipalities due to stage competitions.

Banners have been hung in Torino's Piazza Castello, in Via Medail and Borgo Vecchio in Bardonecchia, and as visitors enter Pragelato.

The same banners have been sent to Pinerolo and Torre Pellice by Turin 2025 organisers, who are hopeful they will be displayed imminently.

To ensure that coordinated branding for the event is embraced, the Organising Committee's head of corporate and communication, Silvia Carrera, led a meeting introducing various stakeholders to the colour scheme, pictograms and more.

Yellow represents knowledge and the future, green renewal and youth, blue energy and calmness, pink hope and purple is to add wisdom, magic and nobility, it is claimed.

Nine official pictograms have also been launched, with blue used as the background for snow sports and a pink-purple gradient for ice disciplines.

Carrera led the branding meeting at the Palazzo della Regione Piemonte in Turin.

Italy is due to stage the Winter World University Games one year before it hosts the Winter Olympics and Paralympics in Milan and Cortina d'Ampezzo.

Turin was the venue for the Winter Olympics in 2006.