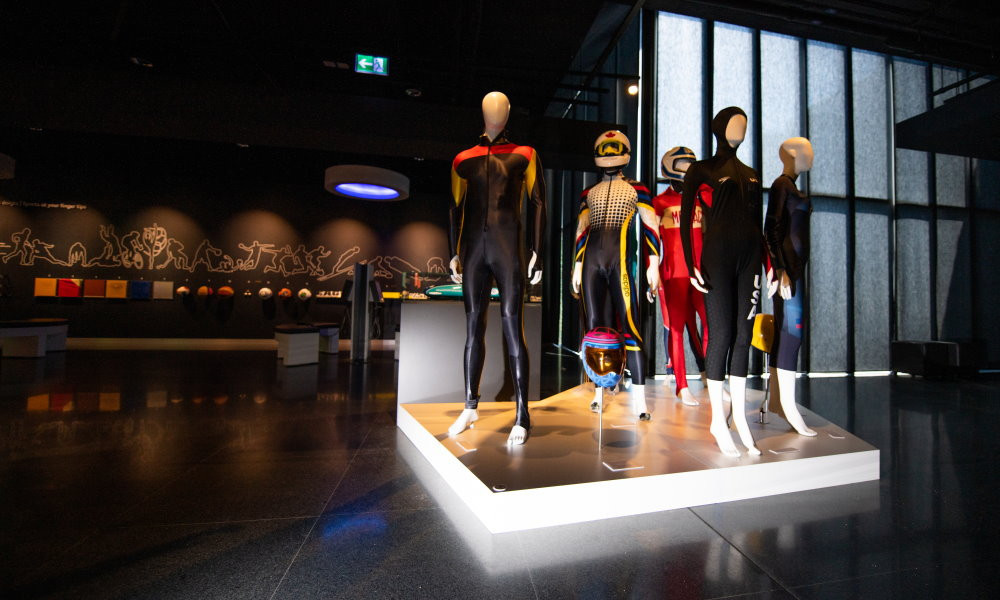 Delegates and officials of the International Bobsleigh and Skeleton Federation (IBSF) were treated to a special exhibition as the Olympic Museum hosted several historic items from the sports.

The tour took place during the IBSF Congress in Lausanne in Switzerland.

He was part of the Swiss four-man bobsleigh team that were the only athletes not from East Germany or the Soviet Union to podium in the sport in then Yugoslavia.

Benz won gold at Lake Placid 1980 in the two-man bobsleigh with Erich Schärer, as well as a four-man silver in the United States.

He also won silver in the four-man at Innsbruck 1976 and a two-man bronze at the same Games.

More recent memorabilia were included too as the suit worn by Ghanaian skeleton athlete Akwasi Frimpong at Pyeongchang 2018 was on display.

Frimpong was the country's second Winter Olympian and finished 30th in South Korea.

He began as a bobsleigh athlete and only switched to skeleton two years before the Games.

The suit of Amy Williams, Britain's first athlete to win skeleton gold, from Vancouver 2010 featured in the museum.

She also won silver at the 2009 World Championships and two silvers and one bronze at World Cups.