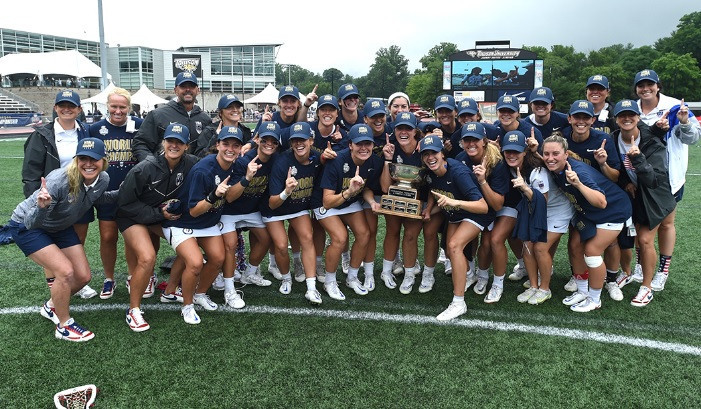 The United States overcame Canada 11-8 to become the first-ever host country to capture gold at the World Lacrosse Women’s Championship.

Marie McCool and Sam Apuzzo both cracked hat-tricks and Ally Mastroianni pulled down seven draw controls to steer the hosts to a memorable victory at the Unitas Stadium at Towson University.

The American team completed a clean sweep of victories at the tournament with their latest triumph extending their winning streak to 30 matches that includes four gold medals dating back to 2009.

US coach Jenny Levy said her side were determined to make history as they eyed a home title.

"The very first thing our staff told them when we got together was 'No one’s ever won at home'," said Levy.

"That’s something we talked about very openly."

The US made a strong start with McCool and Taylor Cummings both scoring twice in the first quarter to give them a 4-2 advantage.

Canada took their chances when they arrived with Erica Evans leading the way with four goals.

Maddy Baxter also struck twice in the second quarter to cut back the deficit to 6-4 at half-time.

Apuzzo then came to the fore for the US as she scored just 69 seconds into the third quarter before assisting for McCool and adding another to increase the hosts' lead to 9-5.

With just over three minutes remaining, Apuzzo scored her third courtesy of a sneak attack from behind the goal.

US goalkeeper Liz Hogan saw yellow in the dying moments as Canada got another back, but the hosts held firm.

"It’s all about the players," said Levy.

"We have a great mix of veterans who have been here before and young guys who are exciting and electric and going through this for the first time.

"Everyone was open to developing relationships, rally getting to know each other and having fun."

Australia took an early 3-1 lead before England rattled in five successive goals and held their opponents out for 28 minutes.

England’s Brittany Read came to the rescue with three crucial saves before Hompe bagged the winner.