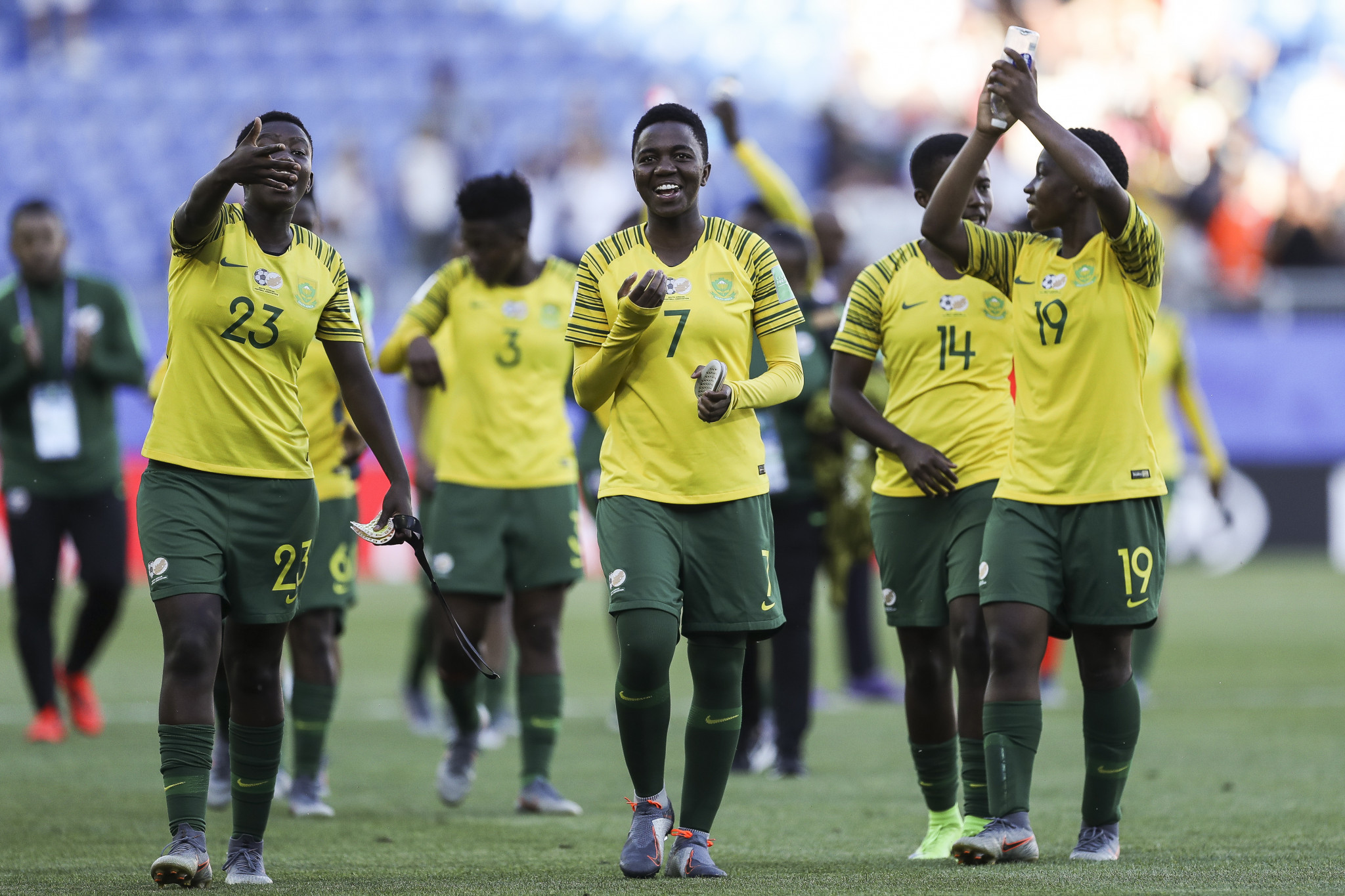 South Africa claimed a place in the quarter-finals of the Women’s Africa Cup of Nations after a 3-1 win over Burundi at the Stade Moulay Hassan in Rabat, Morocco.

A second successive win for Banyana Banyana in Group C secured their last eight place after an entertaining affair that saw four goals, a missed penalty and a red card.

They were only level for a couple of minutes, with Amogelang Motau restoring South Africa’s lead.

South Africa had a chance to give themselves a two goal cushion just before the break, however Jermaine Seoposenwe missed a penalty.

Banyana Banyana were awarded a second penalty ten minutes into the second half and Linda Motlhalo made no mistake on this occasion, converting to make the score 3-1.

Burundi were reduced to ten players in the 73rd minute, with Annociate Nshimirimana given a straight red card for a professional foul, ending any hopes of a comeback.

In the second game of the day, played at the same stadium, Nigeria defeated Botswana 2-0, to earn their first points of the group stage.

Ifeoma Onumonu gave Nigeria the lead in the 21st minute before their advantage was doubled after the break courtesy of a goal from Christy Ucheibe in the 48th minute.

Following today’s matches, South Africa top the group with six points followed by Botswana and Nigeria both on three, and Burundi bottom and yet to get off the mark.

The final round of Group A matches are due to take place tomorrow, with the teams to qualify from this group already decided.

The two unbeaten sides Morocco and Senegal, who have both already qualified, play each other, while the two teams already eliminated, Burkina Faso and Uganda, will also meet.