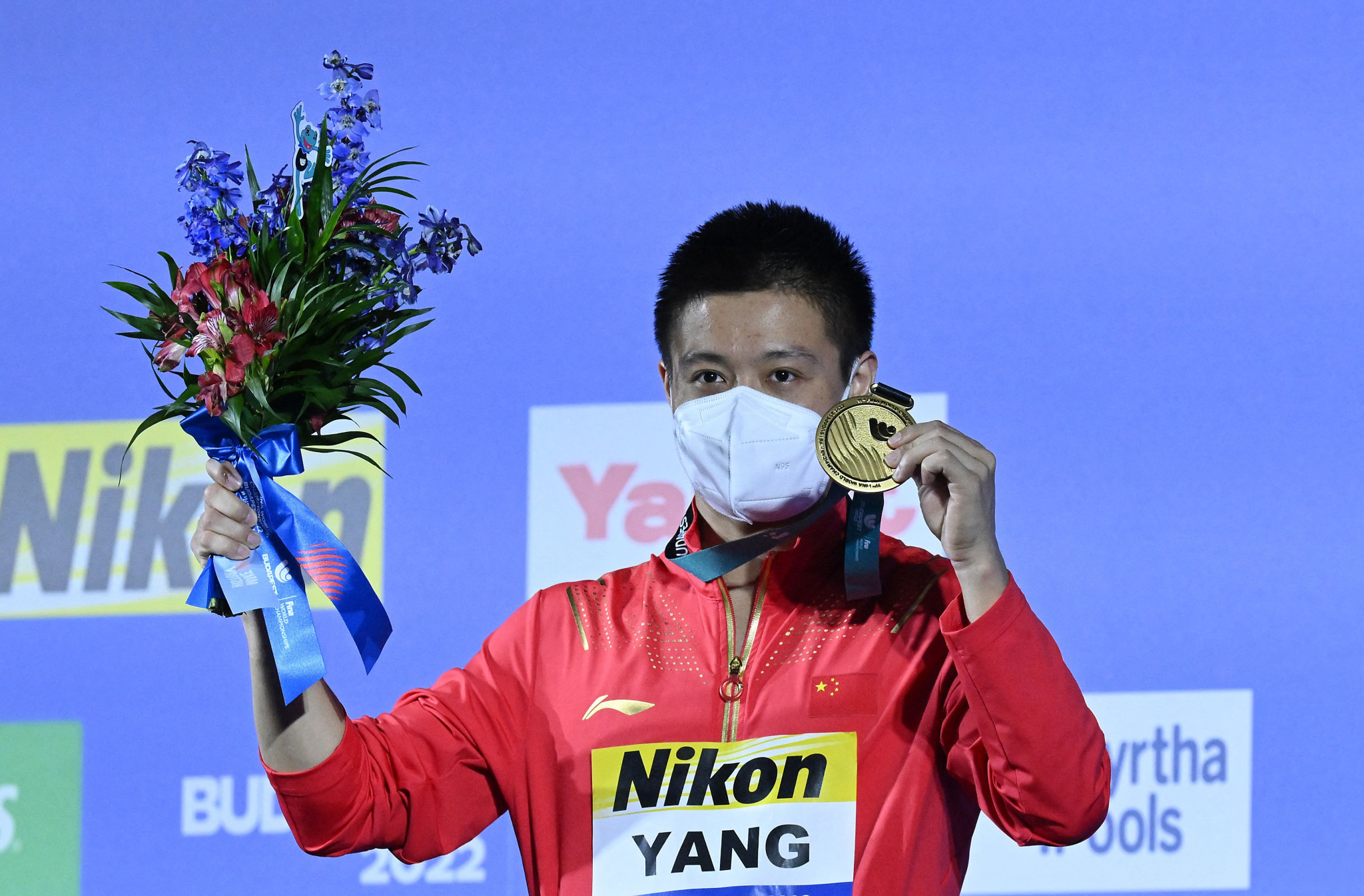 The last diving event at the Duna Arena featured perhaps the biggest challenge to China's dominance in the shape of 15-year-old Japanese star Rikuto Tamai.

Chinese pair Yang Jian and Yang Hao had been largely untroubled in occupying the top two places in the preliminary round and semi-final in the 10 metre platform, but threatened to come unstuck in the final with disappointing third round dives.

Defending champion and Olympic silver medallist Yang Jian slipped to seventh with a forward 2.5 somersaults with one twist pike that earned 66.50 points, while his compatriot clung on to third place with a 64.75 inward 3.5 somersaults pike.

The pair placed first and third in yesterday's individual 3m event, and topped the scoring in all five rounds of the final.

Japan's Sayaka Mikami and Rin Kaneto were second in all five rounds and claimed silver with 303.00 points, while Australia's Maddison Keeney and Anabelle Smith took bronze with 294.12.

The men's water polo final was a rematch from 2019, when Italy beat Spain 10-5 in Gwangju.

There was a different outcome on this occasion as the Spanish triumphed 6-5 on penalties, but only after a spirited comeback from their opponents ensured that the match finished level at 9-9.

Álvaro Granados Ortega opened the scoring for Spain early in the match, but Italy came from 2-0 and 3-1 down to level at 3-3 in the first quarter.

Spain took a firm grip on the tie in the second quarter, Granados Ortega scoring twice to help them lead 6-3 at half-time.

He scored his fourth of the match in the third quarter to put his team into an 8-4 lead, but goals from Giacomo Cannella and Andrea Fondelli had the defending champions back to within two with eight minutes remaining.

Martin Faměra struck early in the fourth quarter to put Spain 9-6 in front, but Italy, who had beaten the hosts Hungary in the quarter-final, would not accept defeat.

A Francesco di Fulvio penalty and close-range finish from Vincenzo Dolce were followed by a brilliant strike from Nicholas Presciutti to bring the teams level at 9-9.

The tie went to penalties, and although Alberto Munárriz Egaña struck the bar for Spain,  two saves by goalkeepers Unai Aguirre and Eduardo Lorrio from Giacomo Cannella ensured that they prevailed.

This was Spain's first men's water polo gold medal at the World Championships since their back-to-back triumphs in 1998 and 2001.

Konstantinos Kakaris scored the only goal of the first quarter for Greece, and added two more in the remainder of the match.

The Olympic silver medallists won the first three quarters 1-0, 4-3 and 3-2 to put themselves in a commanding position before Croatia, who had beaten back-to-back Olympic champions Serbia earlier in the tournament, edged the fourth 2-1.

The 16th day marked the conclusion of the FINA World Championships, with the event due to return next year in Fukuoka after the Japanese city postponed its staging of it twice due to the COVID-19 pandemic.