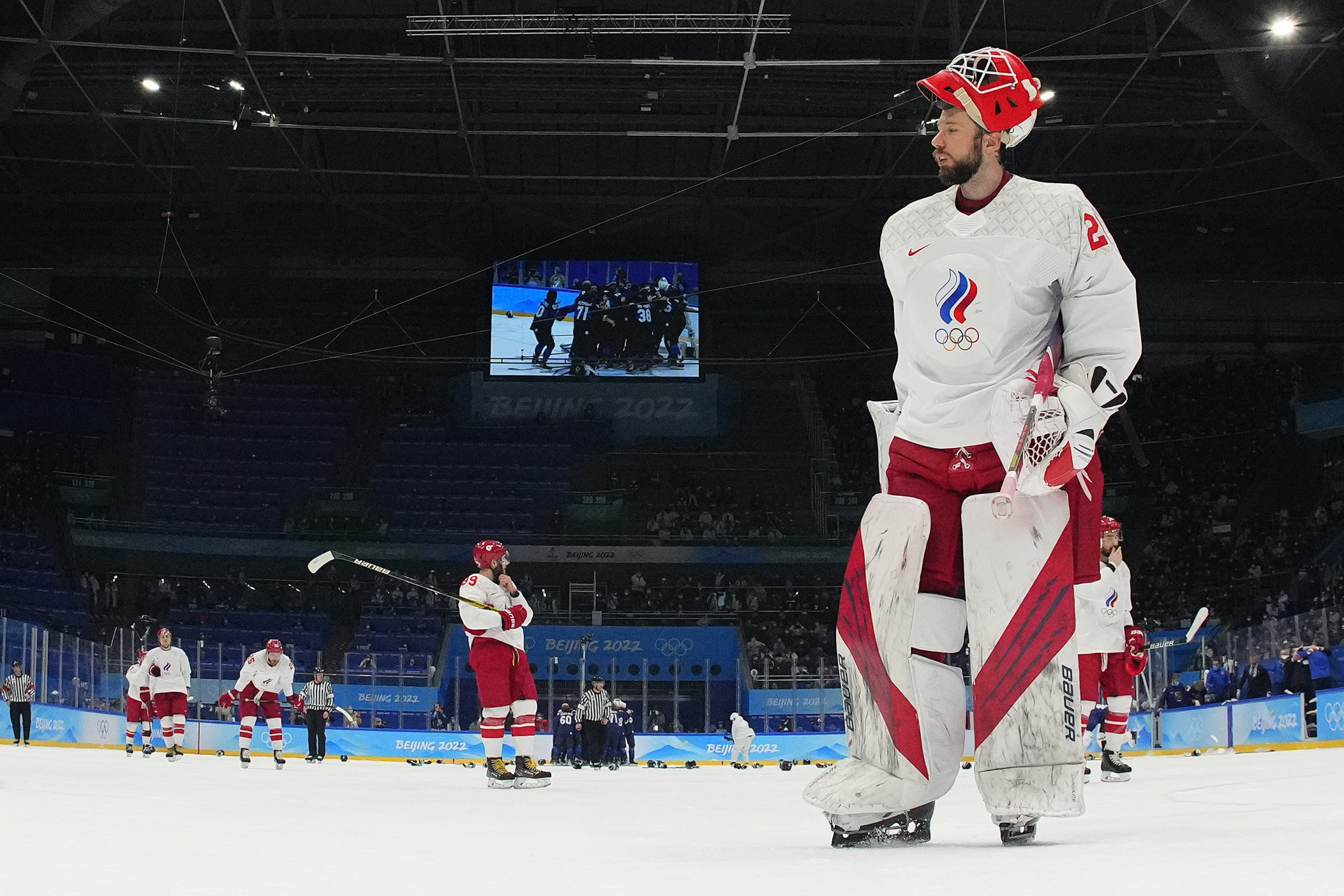 Russian Olympic ice hockey medallist Ivan Fedotov has been hospitalised, according to his lawyer, after being detained by authorities for allegedly shunning military service, which would have seen him deployed to Ukraine for the ongoing war.

A video has emerged on social media of the goaltender, who is contracted to National Hockey League (NHL) outfit Philadelphia Flyers, being taken away in an ambulance from the military enlistment office in Russian city St Petersburg.

"[Fedotov] says that he was given some kind of injections, which he does not know, he was told that this was prescribed by a doctor," the lawyer said.

Per Russian media, Fedotov fell ill during the detainment at the military enlistment office and had to be taken away with an ambulance. Knowing the Russian regime's usual treatment of it's own citizens, I hope Fedotov is alright. https://t.co/j180M6SOY1 pic.twitter.com/UOogVzEkxH

"At this moment, we can’t say exactly how things are.

"He was in the hospital, at least in fact, but for some reason was not listed as other patients.

"Neither we nor our parents were allowed to see him.

He then played in goal for the ROC when they lost 2-1 to Finland in the men’s ice hockey final at Beijing 2022.

Following his performances at the Games, the Philadelphia Flyers announced in May that Fedotov had signed a one-year entry-level contract.

The cancellation of his deal with CSKA Moscow has been linked to a possible breach of Russia’s criminal law because of his military requirements, but this has not been confirmed by authorities.

Ukraine has been under attack from Russian forces for more than four months in what Moscow describes as a "special military operation".

According to the United Nations, at least 4,731 civilians have died in Ukraine since Russia launched its full-scale invasion on February 24, although it believes the true figure is far higher.

More than 7.5 million refugees have fled Ukraine, while the combined military death toll is thought to exceed 20,000.

The NHL, based in the United States and Canada, ordered its teams to cease contact with KHL clubs and Russia-based agents in March as part of the suspension of an agreement between the leagues in response to the war in Ukraine.

However, it has not banned Russian players from competing in the NHL and more could soon join the competition's ranks and confirmed in May that they were allowed to enter next month's draft.

Fedotov was previously a seventh-round draft by the Flyers in 2015 and had spells at Russian clubs Neftekhimik Nizhnekamsk, Salavat Yulaev Ufa and Traktor Chelyabinsk before joining CSKA Moscow in 2021.