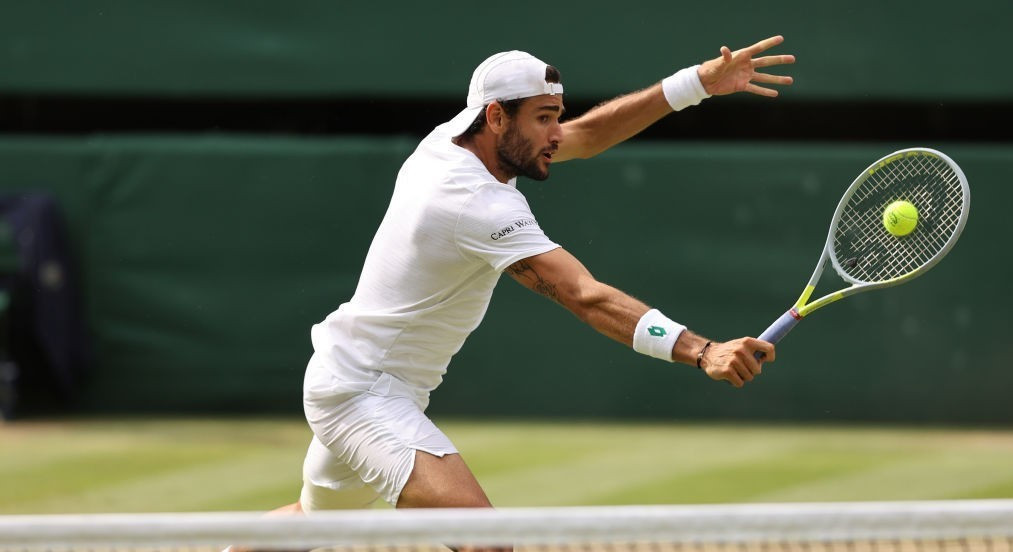 Matteo Berrettini, last year's men's singles Wimbledon runner-up, has been forced to withdraw from this season's tournament because of a positive COVID-19 test.

The Italian is the second high-profile player to drop out of the men's singles field with coronavirus, after Marin Čilić also withdrew.

Čilić was a 2017 finalist at the grass-court Grand Slam and reached the French Open semi-finals earlier this year.

The Croatian's withdrawal yesterday meant lucky loser Nuno Borges from Portugal got a place in the first round, while Swede Elias Ymer replaces Berrettini.

Berrettini, who had been seeded eighth, said he was "heartbroken" to withdraw.

"I have had flu symptoms and been isolating the last few days," Berrettini wrote on Instagram.

"Despite symptoms not being severe, I decided it was important to take another test this morning to protect the health and safety of my fellow competitors and everyone else involved in the tournament.

"I have no words to describe the extreme disappointed I feel.

"The dream is over for this year, but I will be back stronger."

The men's singles field is already missing world number one Daniil Medvedev, with players from Russia banned from Wimbledon outright because of the war in Ukraine.

Berrettini and Čilić, seeded 14th, were both in the bottom half of the draw, so their absence makes Spanish great Rafael Nadal's route to the final that bit easier - on paper - as he chases a record 23rd men's singles Grand Slam crown.