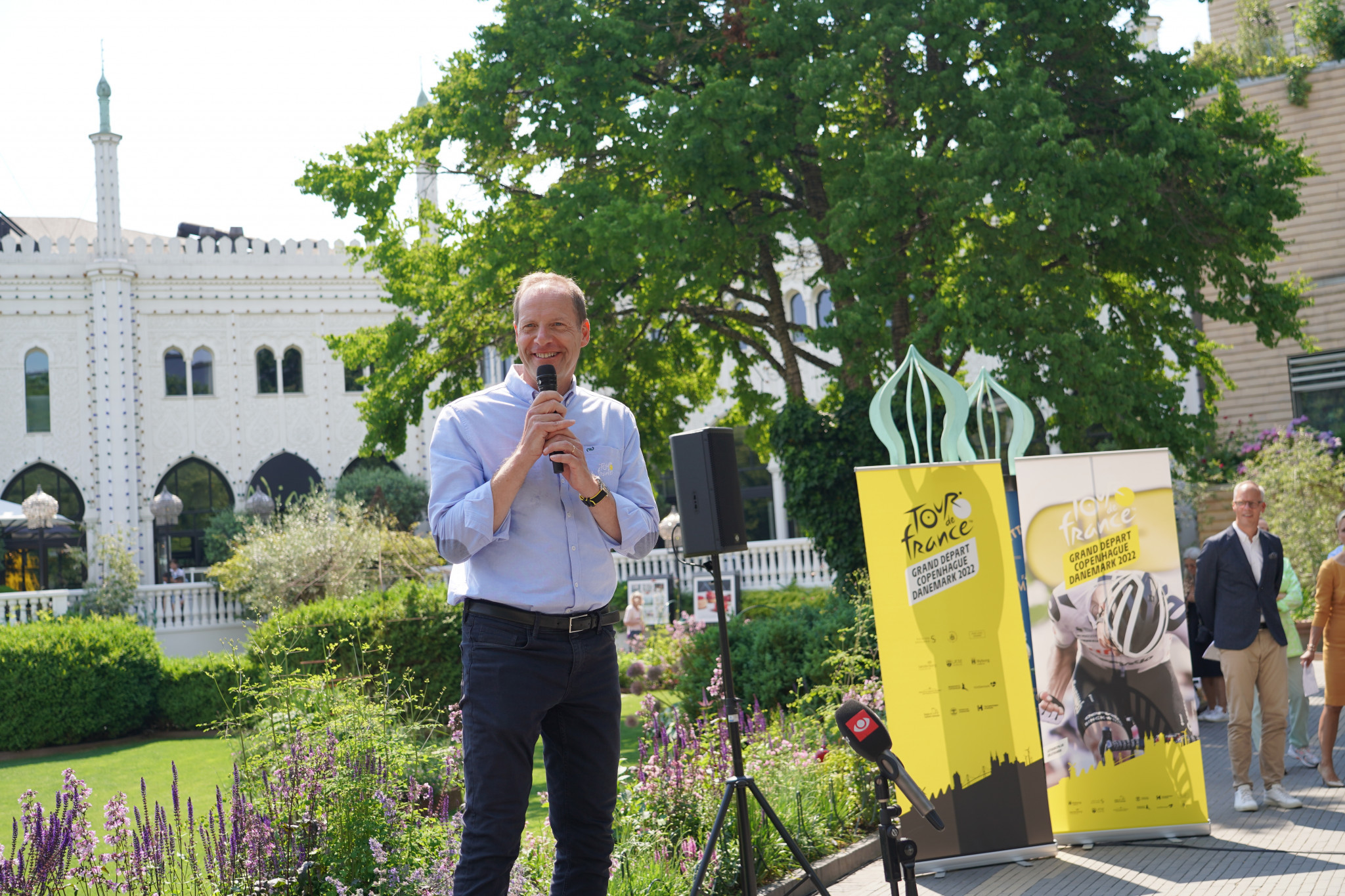 A spectator caused a massive crash at the opening stage of the 2021 Tour de France when she stepped into the road holding a large sign with her back to the oncoming cyclists.

This year’s Tour de France is due to start on July 1 with Denmark holding the first three stages as part of the Grand Départ.

Thousands of spectators are expected to line the streets when competition begins in Danish capital Copenhagen and Prudhomme urged them to follow safety guidance.

"The public of the Tour de France is very enthusiastic," Prudhomme told insidethegames.

"Of course [the race] is 3,500 kilometres long and what we really need is for the media to pass on the message and keep on reminding the public to be careful.

"It is difficult to have one policeman behind each person so we also have security guards to give information to the public that they should not cross and hold their children’s hand and stay on one side of the road.

"The public can move their hands, but they have to stick to their place."

Spectator safety campaigns have been running in Denmark prior to the Grand Départ with fans urged to "stay on the right side", "keep an eye on the road", "plan your trip to and from the race" and "ask the volunteers for advice".

Denmark's Olympic road race silver medallist Rolf Sørensen, who has competed in the Tour de France on seven occasions, said spectators were a huge part of the "beauty" of the annual event but insisted that they must not get too close to riders.

"It’s the first time we have had such a big cycling event here," the 57-year-old told insidethegames.

"We are very competent viewers of cycling but most of them have never experienced it on the road, so we try to help them know how to act.

"We are trying to prevent that by making some campaigns about how to behave and that’s dogs, children and older people.

"They don’t realise it but the riders are coming at 50 to 60k [kilometres] per hour and it’s going to be trouble if you don’t behave.

"I think the Danish people are well behaved, so I think it is going to go okay."

It should be a great, fun and safe experience for everyone to watch @LeTour stages in Denmark. 🚴

Help yourself and other spectators with these simple guidelines. (In Danish 🇩🇰)#letourdk #tdf2022 #dkmedier pic.twitter.com/ESxDthQNeT

"Of course, we are taking safety measures to make sure that nothing like [last year’s crash] happens.

"That’s why we have been discussing this for several weeks and months now about how to become good spectators when you are watching cycling.

"This is a huge moment for us.

"It is in our DNA so we just to invite the world’s greatest cycling race here.

"We are more than ready."