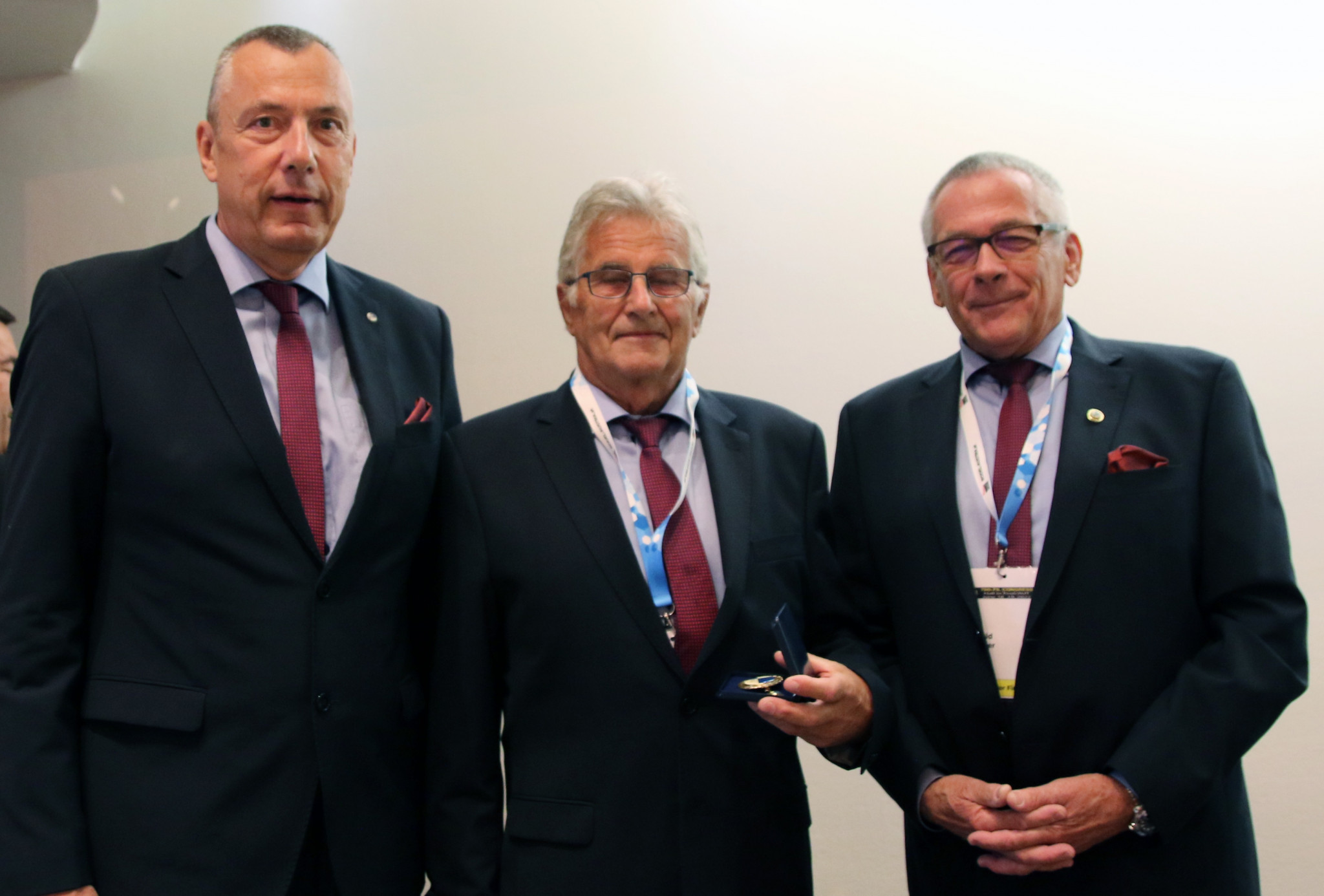 International Luge Federation (FIL) vice-president Peter Knauseder was among three officials to be awarded the gold medal of honour on the opening day of the organisation’s Congress in Austria.

Knauseder, the vice-president in charge of natural track luge who has been an Executive Board member since 2014, collected the prestigious prize in recognition of years of service at the two-day meeting in the Austrian town of Hall in Tyrol.

The Tyrolean official was acknowledged for his work in organising international artificial track events in Innsbruck-Igls, as well as his time as member of the FIL Sport Commission for Artificial Track from 1986 to 1992.

Strenga is head of the Luge Federation of Latvia and was an active member for many years in the FIL Sport Commission.

Norbert Hiedl of Germany, a former chair of the FIL Court of Arbitration, was the third recipient of the gold medal.

At the 70th FIL Congress in Hall, Austria, the proposals of the Sport, Technical and Natural Track Commissions were up for decision. In addition, the proposals of the Executive Board were voted as well as Statute adaptations. #FILuge #LugeLove #FILcongress #ChristianKraehe pic.twitter.com/OMQE5HGvPH

The German was celebrated for his efforts to draft and prepare the FIL Code of Ethics.

He is set to step down as FIL ethics officer - a role he has held since 2017 - but was not present at the Congress to collect his prize.

The silver award was given to Swedish pair Bibi Walden and Bo Näsström, Ukraine’s Volodymyr Vakhrushev and Latvia’s Sandris Berzins.

Fogelis is due to be re-elected as head of the worldwide governing body when the elections are held tomorrow.

The Latvian, who has led the organisation since 2020, is the only candidate standing for the role and is set to be given a four-year term.