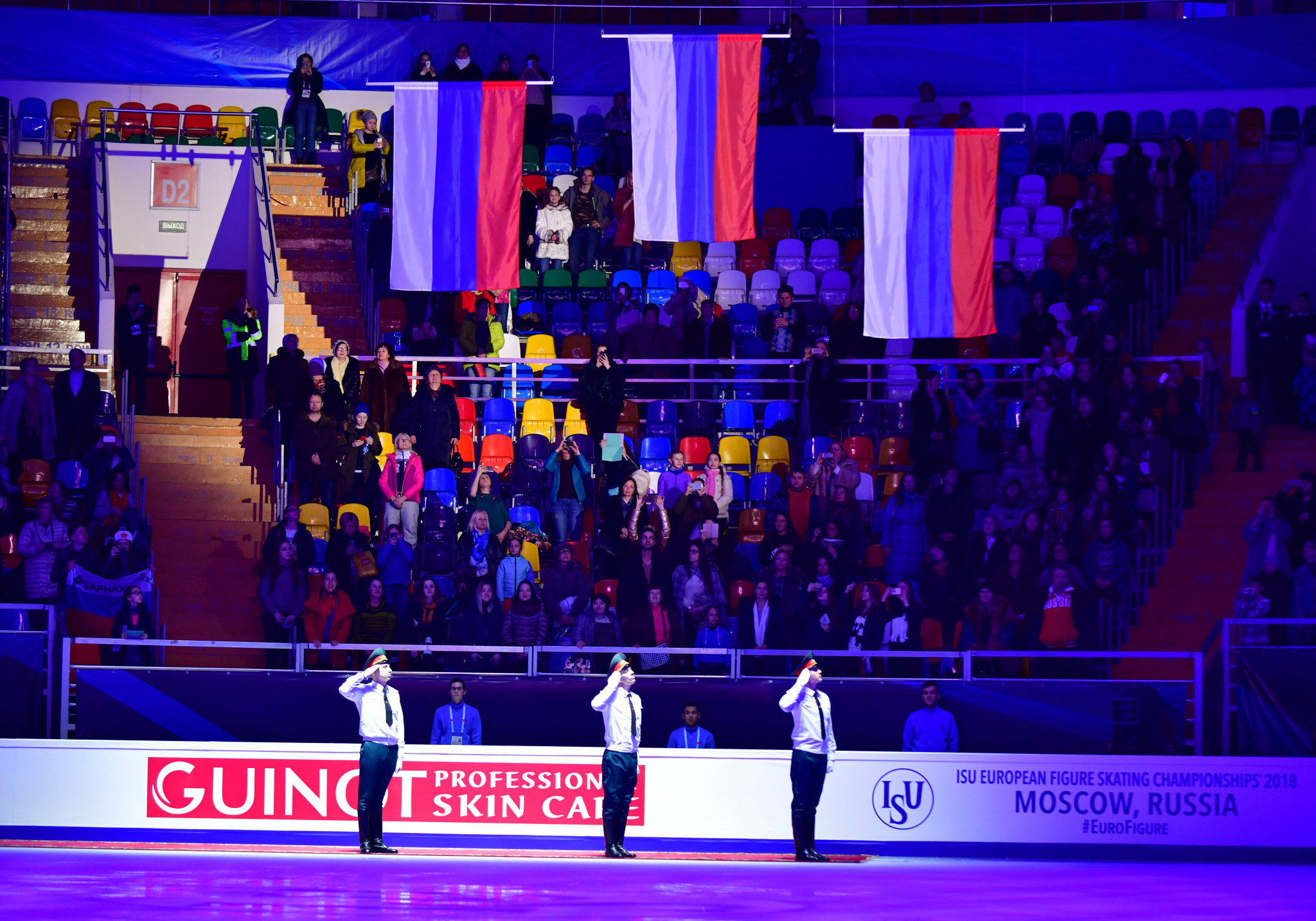 The International Skating Union (ISU) has agreed to extend the ban of Russian and Belarusian athletes from its competitions until a decision from the Council or Congress to overturn it, but a motion to change its rules on suspending officials failed to secure the super majority required.

The ISU is staging its first Congress since 2018 after postponements in the last two years due to the COVID-19 pandemic at the Hilton Phuket Arcadia Resort and Spa.

Skaters and officials from the Russian Skating Union, the Figure Skating Federation of Russia and the Skating Union of Belarus were banned from ISU competitions "until further notice" in March due to the invasion of Ukraine.

"The decision of the ISU Council on the suspension of Russian and Belarusian athletes, which was approved today by Congress, will be valid until a special decision of the Council or Congress," the Swiss official said, as reported by Russia's official state news agency TASS.

However, an "urgent matter" put forward by the ISU Council to impose "protective measures" to ensure the organisation is able to "act swiftly within well-defined limits" should an "extraordinary event" occur that compromises the conduct of its activities.

This would have enabled the ISU to temporarily suspend members "representing countries that caused or contributed to or are relevantly involved in the extraordinary event", which is deemed to cover terrorism, riots, civil unrest, war, strikes, chemical contamination and epidemics.

A new paragraph covering "extraordinary events" and giving the ISU Council the power to enact "any other measure that the ISU deems appropriate in light of the nature and circumstances of the Extraordinary Event" was added to the Statutes after a Council meeting in April, which discussed measures taken in response to the war in Ukraine.

The proposal received support from 71 Member Federations present in Phuket, but 31 voted against the motion, and 13 abstaining.

This fell six votes short of the two-thirds majority for the motion to pass.

Urgent matters had required a four-fifths majority of ISU members present and voting to certify them as urgent business.

At the first day of the Congress yesterday, Russian and Belarusian officials also survived a vote allowing them to take part and stand in elections in Thailand.

ISU first vice-president Alexander Lakernik is the most senior Russian official at the International Federation, having served on the Council since 2016.

The 77-year-old has passed the age limit of 75 to stand for re-election, but a vote is set to be held on a motion to increase it to 80 at the Congress.

The ISU has also ruled that international competitions will not be staged in Russia and Belarus "until further notice" in response to the invasion of Ukraine.

The ISU Congress is due to run until Friday (June 10), with a new President set to be elected after the decision of Dutch official Jan Dijkema to step down.