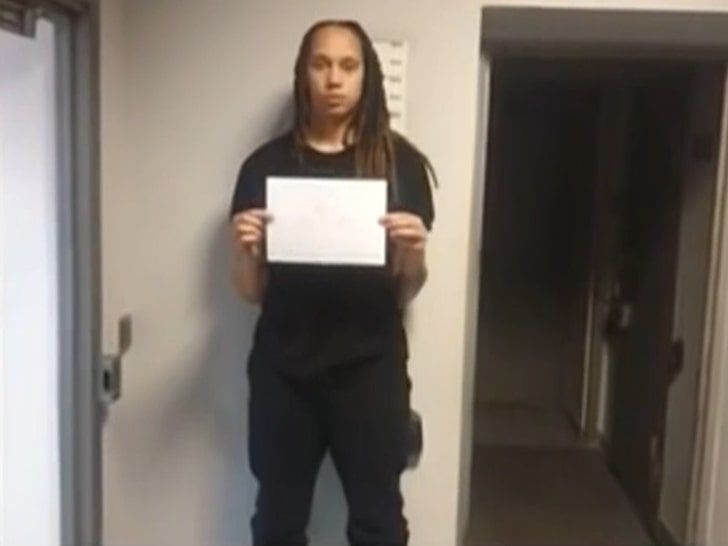 Women's National Basketball Association (WBNA) star Griner was arrested at an airport in Moscow in February after Russian customs officials alleged that they found she was in possession of vape cartridges containing hashish oil.

Earlier this month, the Khimki City Court in Moscow extended her pre-detention trial until June 18.

The US Government has claimed that Griner is "wrongfully detained", while Russian authorities have suggested that she was " caught red-handed while trying to smuggle hash oil".

The drugs charge reportedly carries a maximum penalty of 10 years in prison.

Speaking to ABC's Good Morning America, Cherelle Griner called on Biden to use his influence to help secure the basketball player's release.

"I just keep hearing that, you know, he has the power," Griner said.

While Griner has discussed the case with US Secretary of State Antony Blinken, but insisted that only her partner being returned to America would offer proof that she has been treated as a "top priority".

"I was grateful for the call, you say she's top priority, but I want to see it, and I feel like to see it would be me seeing BG [Brittney Griner] on US soil," Cherelle Griner told Good Morning America.

"At this point I don't even know who I'm getting back when she comes back."

Cherelle Griner revealed that she has not spoken directly with her wife since she was detained in February, instead communicating through letters and lawyers.

She thanked team-mates and the WNBA for their support, with "BG42" added to the floors of all 12 teams' courts during the season, which began earlier this month.

"It lets her know she’s not forgotten."

Griner's detention comes amid an escalation in tensions between the US and Russia due to the invasion of Ukraine.

International Olympic Committee (IOC) President Thomas Bach addressed Griner's case after the final day of the 139th IOC Session last week, claiming that the case was in the hands of the United States Olympic and Paralympic Committee and the WNBA.

He added that the IOC had not been contacted about the case.

Griner plays for the Phoenix Mercury in the WNBA, and had travelled to Russia to represent UMMC Ekaterinburg of the Russian Premier League during the close season.

A centre who is 6ft 9in tall, Griner was a member of the US women's basketball team which triumphed at Rio 2016 and Tokyo 2020.

She also claimed gold at the International Basketball Federation World Cup in 2014 and 2018, and is the only woman in US college history to score 2,000 points and block 500 shots.