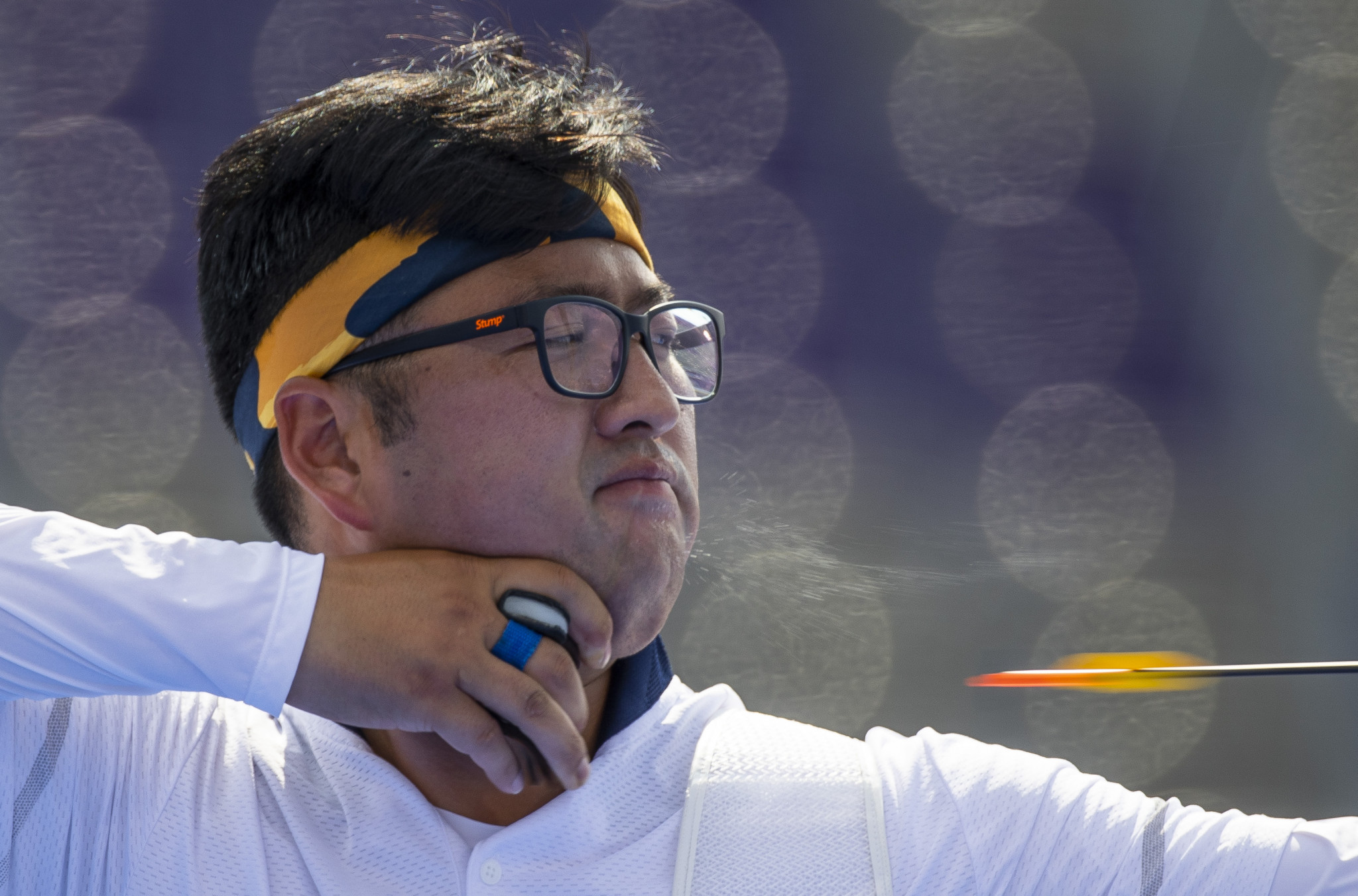 South Korea’s Kim Woo-jin earned a place in the men’s recurve semi-finals as the Archery World Cup continued in Gwangju.

The double Olympic men’s team gold medallist impressed in qualification at the home event, securing the status as the second seed.

Kim earned four consecutive wins to reach the last four of the individual competition, including a 6-2 win over India’s Tarundeep Rai.

The South Korean star triumphed in a shoot-off against anther Indian, Jayanta Talukdar, in the quarter-finals, after their match ended level.

Kim will now face Rick van der Ven in the semi-finals, after the Dutch archer won a shoot-off against Brazil’s Marcus D'Almeida.

South Korea’s Lee Woo-seok triumphed in the same manner against Japan’s Kuwae Yoshito to set up a semi-final against Spain’s Miguel Alvarino Garcia.

Turkey’s Olympic champion Mete Gazoz was among the archers to make an early exit in the competition, after losing in the first round.

Olympic silver medallist Mauro Nespoli of Italy and the United States’ Brady Ellison were beaten in the third round.

Tokyo 2020 Olympic champion An San missed out on the semi-finals in the women’s competition, after losing an all-South Korean tie 6-2 to Choi Mi-sun.

Choi, who earned the top seeding for the competition, will now face Kuo Tzu Ying.

Chinese Taipei have two representatives in the semi-finals, after Chiu Yi-Ching beat Germany’s Michelle Kroppen in a shoot-off.

South Korea’s Lee Gah-yun completes the semi-final line-up, after the third seed eased to a 6-0 win over her team-mate Kang Chae-young.

The host nation had disappointment in both the mixed compound and recurve team events, with their top-seeded squads suffering quarter-final exits.

Chinese Taipei backed up their win over South Korea in the compound event by beating Turkey 154-153 in the semi-finals.

Estonia will compete in the final following a 158-156 win over India in the last four.

The US reached the mixed team recurve final after a 6-0 win over The Netherlands, who had earlier beaten South Korea 6-2.

The US will face Germany in the gold-medal match, after their 6-0 triumph against Canada in the last four.

Finals will begin tomorrow in Gwangju.