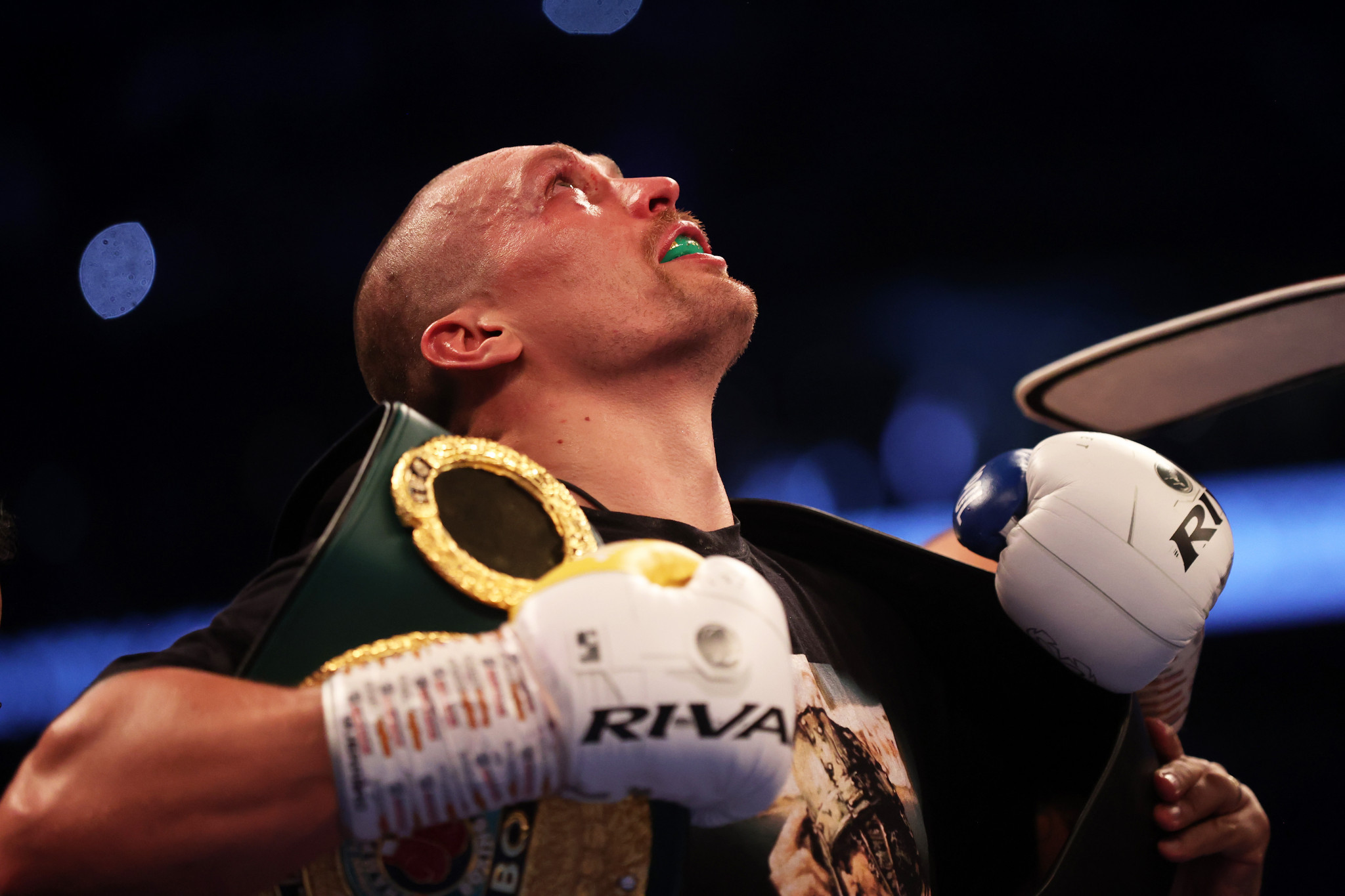 The Usyk Foundation aims to provide food, hygiene items and medical supplies to civilians impacted by the conflict.

These basic goods are to be delivered to local authorities, medical institutions or humanitarian headquarters across Ukraine.

He urged the international community to show support by donating to the Usyk Foundation.

"Helping one’s country and its people win this horrendous war started by the Russian Federation has become the goal for the entire Ukrainian nation," Usyk said.

"I call on the world community, my boxing colleagues, and people of conscience who are aware of the terrible crimes Russia is committing right now against innocent people.

"We need your help and support.

"Ukrainians already have the power of unity, capable of defeating any evil.

"Any contribution is valuable, as it brings us closer to victory and peaceful life in Ukraine, in Europe.

"I believe the good that one puts out into the world always comes back to the giver.

"So let’s fight on the side of the light, the Ukrainian side."

Usyk has left Ukraine to prepare for a rematch with fellow Olympic gold medallist Anthony Joshua.

According to the United Nations, at least 3,496 civilians have been killed since Moscow launch what it describes as a "special military offensive" on February 24, and more than 5.9 million people have fled Ukraine.

Russia and its ally Belarus have largely been frozen out of international sport due to the war in Ukraine.

The International Olympic Committee has recommended that Russian and Belarusian athletes and officials are excluded from international sports events, and all remaining competitions moved from both countries.

In amateur boxing, the International Boxing Association - one of only two Olympic sports actively led by a Russian official in Umar Kremlev - has adhered to the IOC's recommendations.

All except the WBA have insisted they will not sanction any title fights involving Russian or Belarusian boxers due to the invasion of Ukraine.