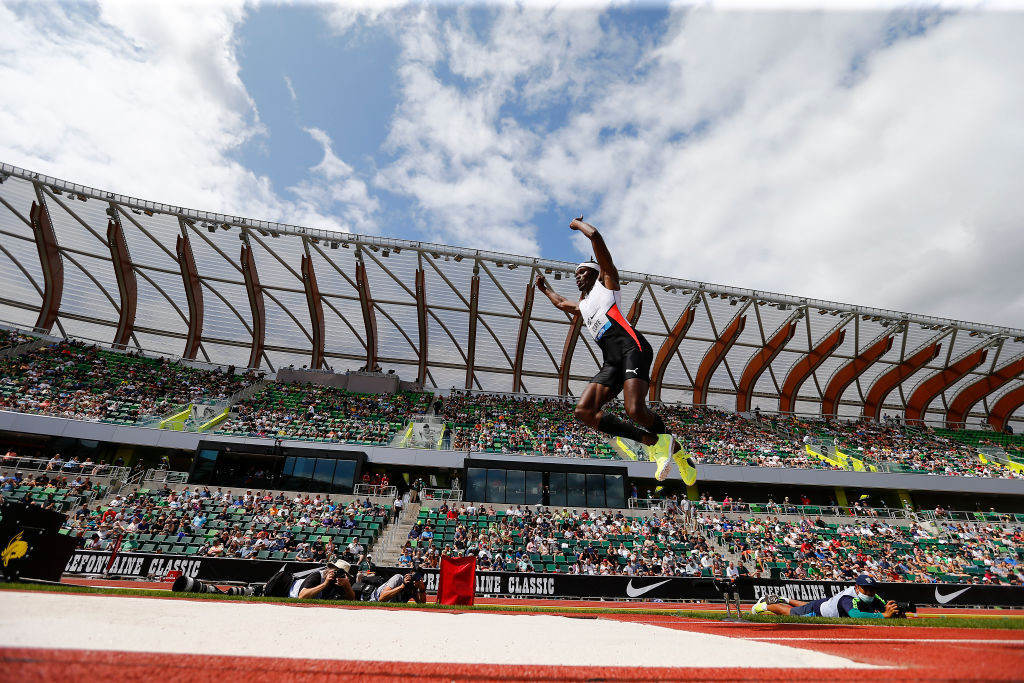 World Athletics plans to maximise the nationwide appeal of this summer’s World Championships in Oregon have moved a stage nearer to completion following a meeting in New York between the federation’s chief executive, Jon Ridgeon, and the broadcaster which has rights to the event.

Speaking to insidethegames shortly after flying back from his three-day trip, Ridgeon offered a glimpse of the ideas currently being discussed to ensure the first United States staging of this contest stimulates growth in the sport, which he said was "one of the core reasons" why the Championships were awarded to Oregon in 2015.

"The World Championships in Oregon this year are really important to us so we have spent a long time with NBC planning their coverage and how, hopefully, we can use Oregon22 as a catalyst to grow athletics in the United States," Ridgeon said.

"It seems that the United States produce the strongest teams in most years, but we all feel the sport should be bigger in the States than it is.

"NBC are a really important partner in this, and we are trying to use the Championships this year and the journey through to the Los Angeles 2028 Games to increase the profile of the sport in the States and also the fanbase.

"We are also working with agencies in America including USA Track and Field to generate ideas to connect athletes in the States with more people in the States.

"So this is a really important year for us - one of the core reasons the Championships were awarded to the United States was to try and use it as that catalyst for growth.

"Clearly with NBC it’s about going beyond their event coverage and making sure we use athletes in their other programming strands so we connect their huge audience with athletes outside the usual athletics ‘bubble’.

"It’s about making sure that we introduce athletes and their great stories and the challenge of this summer to the widest possible audience."

Asked if that could mean items inserted into coverage of American Football or baseball, Ridgeon responded: "It could be that, or putting athletes on their non-sport chat shows, it’s all of those.

"Also we estimate there are 50 million people that run in America, but often they don’t associate themselves with athletics, with track and field.

"So we are going to work hard at trying to make sure that that’s a group we can connect with and attract to track and field this summer.

"It’s a big challenge that lots of people have discussed over the years without necessarily finding the answer.

"We are just working on it right now.

"Some of it is making sure they can perhaps associate with some of the stars in track and field in the way that a keen amateur who will never be able to beat Tiger Woods will still watch videos of his swing.

"We’ve got to try and create that sense of association.

"You’re never going to run as fast as an international athlete, but there’s still an experience there, still things you can learn, it’s about trying to use those connections for people that use our sport for recreation and keeping fit with people doing it at a higher level.

"There are a number of tactics for that.

"But on a simple level whenever we stage our Championships we try and do mass participation events around them.

"We are also working on ideas to try and connect with the younger, Gen Z generation to see if we can convert them into athletics fans.

"So all these thoughts are being brainstormed at the moment to hopefully create the maximum impact this summer and beyond."