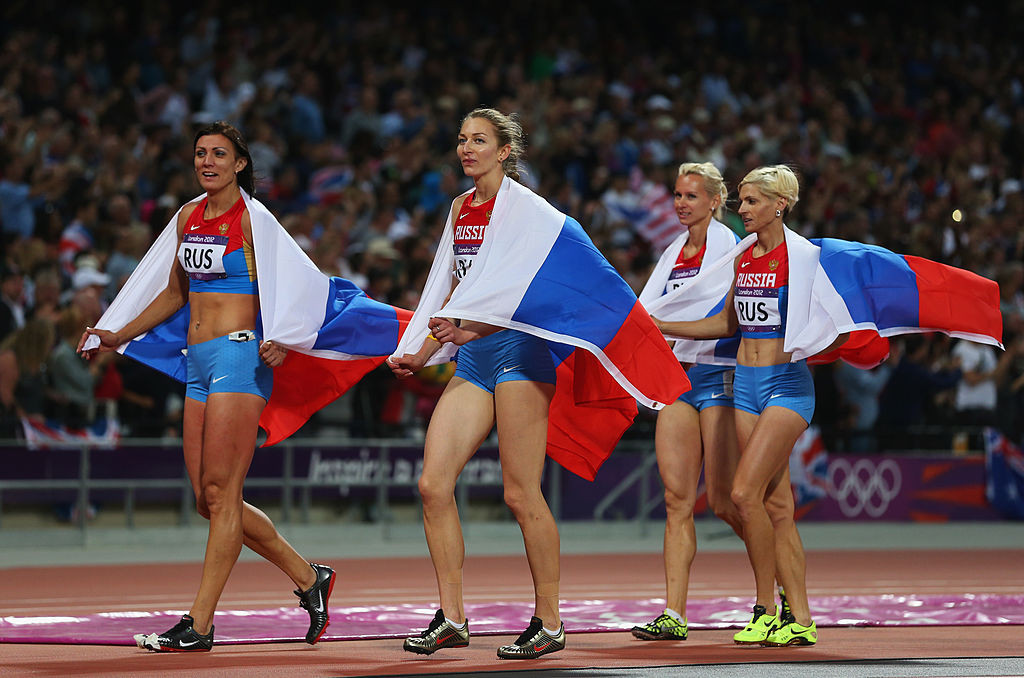 World Athletics has confirmed that the Russian Athletics Federation (RusAF) is now fully up to date with all of its overdue payments for costs related to work on its reinstatement.

"All payments have been made including the Q1 2022 payment," a World Athletics spokesperson told insidethegames.

The spokesperson also confirmed the story run today by Russia's official state news agency TASS that an independent audit is scheduled for September or October to establish the cultural change that has taken place in Russian athletics as regards anti-doping practices - a necessary precursor to discussion about potential reinstatement dates.

On April 2, RusAF Acting President Irina Privalova, the Sydney 2000 400 metres hurdles champion and current world 60m record-holder, said the organisation had transferred money to cover the fourth quarter of 2021, although this has only been confirmed by World Athletics today.

On March 11, World Athletics announced it had imposed a deadline of March 18 for the repayment of costs incurred in 2021 by its Russian Taskforce in its continuing efforts to reinstate the RusAF after the November 2015 ban imposed following revelations of state-sponsored doping.

Taskforce chair Rune Andersen warned: "Should this not happen by Friday March 18 then World Athletics has made clear to RusAF there will be no scope for World Athletics to continue to finance the reinstatement process.

"As a consequence, the reinstatement process will have to be suspended which would include, crucially, stopping the work of the Russia Taskforce and also the international experts.

"This will not only impact RusAF as an organisation and the steps it has taken so far towards reinstatement but all the work that has gone into the reinstatement plan, KPIs [key performance indicators], milestones and post-reinstatement conditions will be lost."

The RusAF was said to have agreed to the deadline, but on March 17 it emerged that the March 18 deadline was being viewed as flexible given disruptions to the Russian banking system following Western sanctions in the wake of the Ukraine invasion.

Since its initial ban, the RusAF has had its suspension extended more than 15 times, but Andersen’s recommendation to continue working towards reinstatement was accepted by the World Athletics Council despite the imposition of a ban on Russian and Belarus athletes from international competition "for the foreseeable future" in the wake of the Ukraine invasion.

Russian athletes had been able to compete under the Authorised Neutral Athlete banner before the invasion of Ukraine on February 24, which has resulted in the deaths of at least 2,899 civilians, according to the United Nations.

Regarding the planned cultural audit later this year, Privalova told TASS: "At the end of last week, we received a letter from World Athletics in response to our request about the prospects for recovery.

"According to this letter, we must undergo an independent audit, which is scheduled to be held in September-October after the end of the season.

"An independent sociological study with the participation of different focus groups, which should determine the degree of change in the anti-doping culture in Russian athletics.

"The Federation [RusAF] has already begun work in this direction.

"As for the prospects for our speedy recovery, the International Federation cannot yet tell us the exact dates when this will happen.

"As I understand it, the final decision should be made after the end of the audit, if there are no serious punctures in our work until autumn.

"But I don’t think we will have them."

The World Athletics spokesperson maintained that in terms of the technical aspects of the reinstatement plan, the Russian Taskforce believes that the RusAF is on target with these KPIs to date.

The letter went on to map out some of the specific areas that are part of the Strategic Plan and Operational Roadmap that would need to be in place before discussions could take place around reinstatement.

These included a way to evaluate and provide evidence that the first stages of cultural change across the sport are being embedded.

"There are a number of international audits being conducted as part of the evaluation of the reinstatement plan and there is one scheduled for September/October," the spokesperson said.

"What this will specifically cover is being worked on but the results of this audit will need to be reviewed before any discussion on reinstatement dates which was the point being made in the letter."