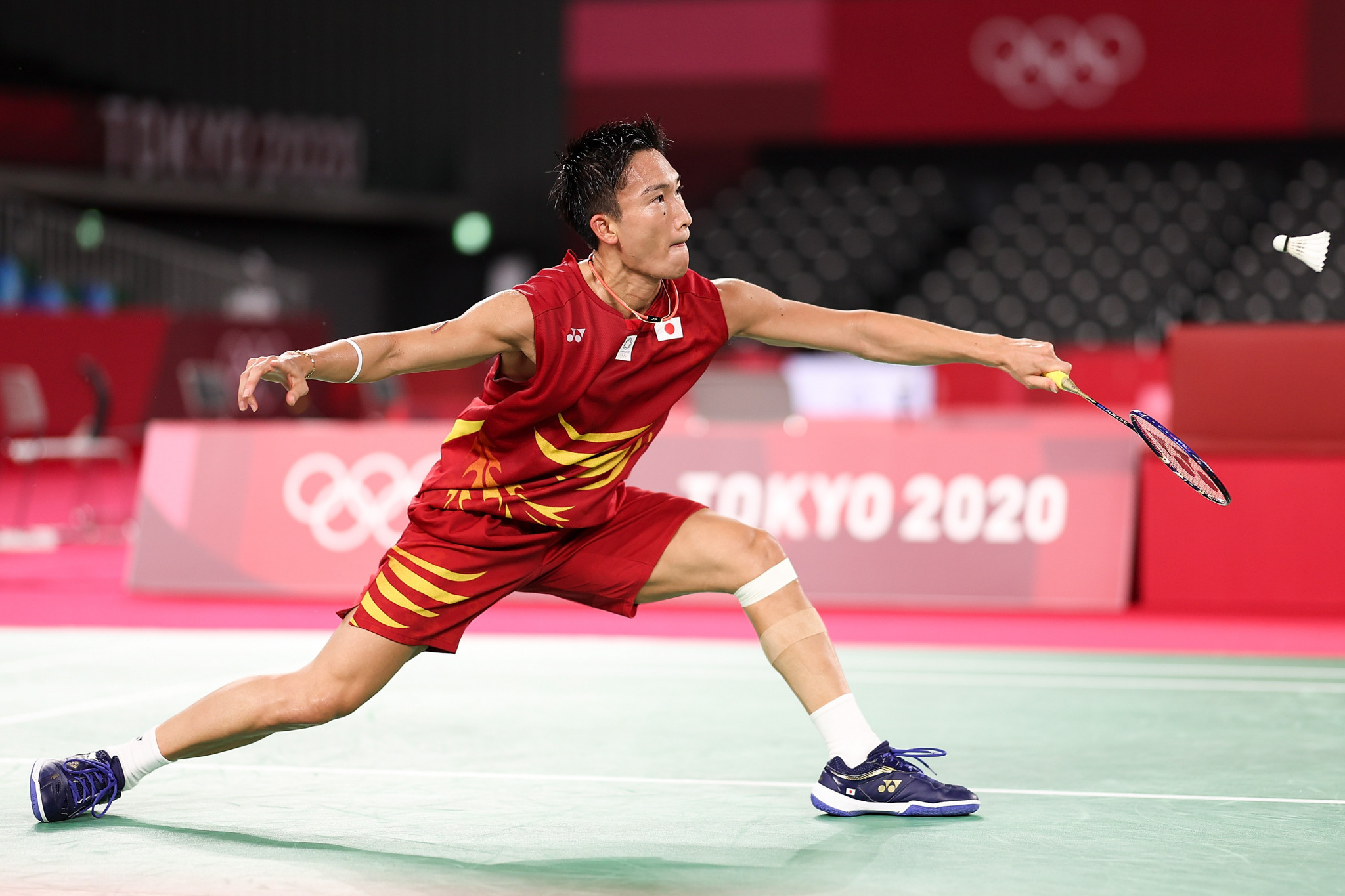 The two-time Asian and world champion from Japan clinched the first game 21-17 against his Indonesian opponent, but Dwi Wardoyo hit back at the Muntinlupa Sports Complex by taking the second game by the same scoreline.

Dwi Wardoyo came out on top 21-7 in the deciding third game, setting up a second round tie against Hong Kong's Lee Cheuk Yiu, who came from behind to beat Jordanian qualifier Bahaedeen Ahmad Alshannik 18-21, 21-11, 21-15.

Fifth seed Lakshya Sen was another high-profile player who suffered an early exit.

It was a closely-fought first day in the men's singles, with 11 of the 16 ties decided on three games.

That included second seed Anthony Sinisuka Ginting, Indonesia's Olympic bronze medallist, who saw off Thailand's Sitthikom Thammasin 21-13, 17-21. 21-13, and is due to play Japan's Kenta Nishimoto in the second round following his 16-21, 21-17, 21-14 victory over Thailand's Adulrach Namkul.

Fourth seed Jonatan Christie of Indonesia was one of the few players who triumphed in straight games, beating India's Bhamidipati Sai Praneeth 21-17, 21-13 to book a meeting with Malaysia's Liew Daren seeing off South Korea's Heo Kwang-hee 8-12, 21-10, 21-15.

The women's singles top two seeds Akane Yamaguchi of Japan and An Se-young of South Korea progressed, while third seed Nozomi Okuhara exited after retiring from her first round tie.

Reigning world champion Yamaguchi eased past India's Aakarshi Kashyap 21-15, 21-9, and is due to meet Indonesian qualifier Komang Ayu Cahya Dewi in the second round after her impressive 21-14, 21-12 victory against China's Han Yue.

Former world champion and Tokyo 2020 bronze medallist PV Sindhu of India, seeded fourth, is through to the second round after coming from behind to beat Chinese Taipei's Pai Yu-po 18-21, 27-25, 21-9.

The second round of matches at the Championships are scheduled for tomorrow.