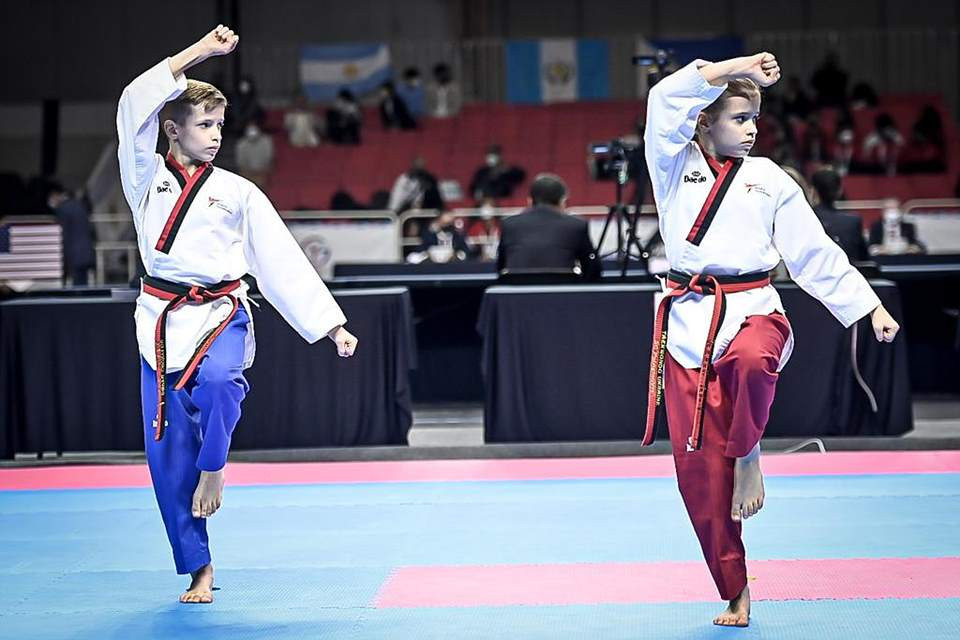 Siblings Davyd and Yeva, who are 13 and 12 respectively, were able to travel to Goyang despite the Russian invasion of their country which has caused widespread devastation.

Their father Ruslan has converted his gym into a shelter for refugees, and the youngsters continued to train there for two hours a day.

They were helped virtually by their coach, who was 800 kilometres away and signed in using Zoom.

Ukraine had hoped to send six athletes to Goyang but as men over 18 are not allowed to leave, only Davyd and Yeva were able to travel.

Ruslan, the pair's manager, was given an exception as a man with three or more children under the age of 18.

His partner remained at home with their youngest child and continued to support refugees at their gym.

The trio had to drive for more than 1,500km to Warsaw in Poland before catching their flight to South Korea.

In Goyang, the siblings made it to the final in their category as one of the best eight teams, but missed out on a medal.

Davyd finished fifth in the male cadets individual class, and the pair were presented with the "best fighting spirit" award.

"We are very thankful to World Taekwondo who helped us realise our dream - make dreams come true."

Chungwon Choue, the World Taekwondo President, met with the siblings after the competition.

"Taekwondo is leading sport to help people in need," he said.

"Ukraine is in a difficult situation, but their participation in poomsae sends a message of peace to around the world."