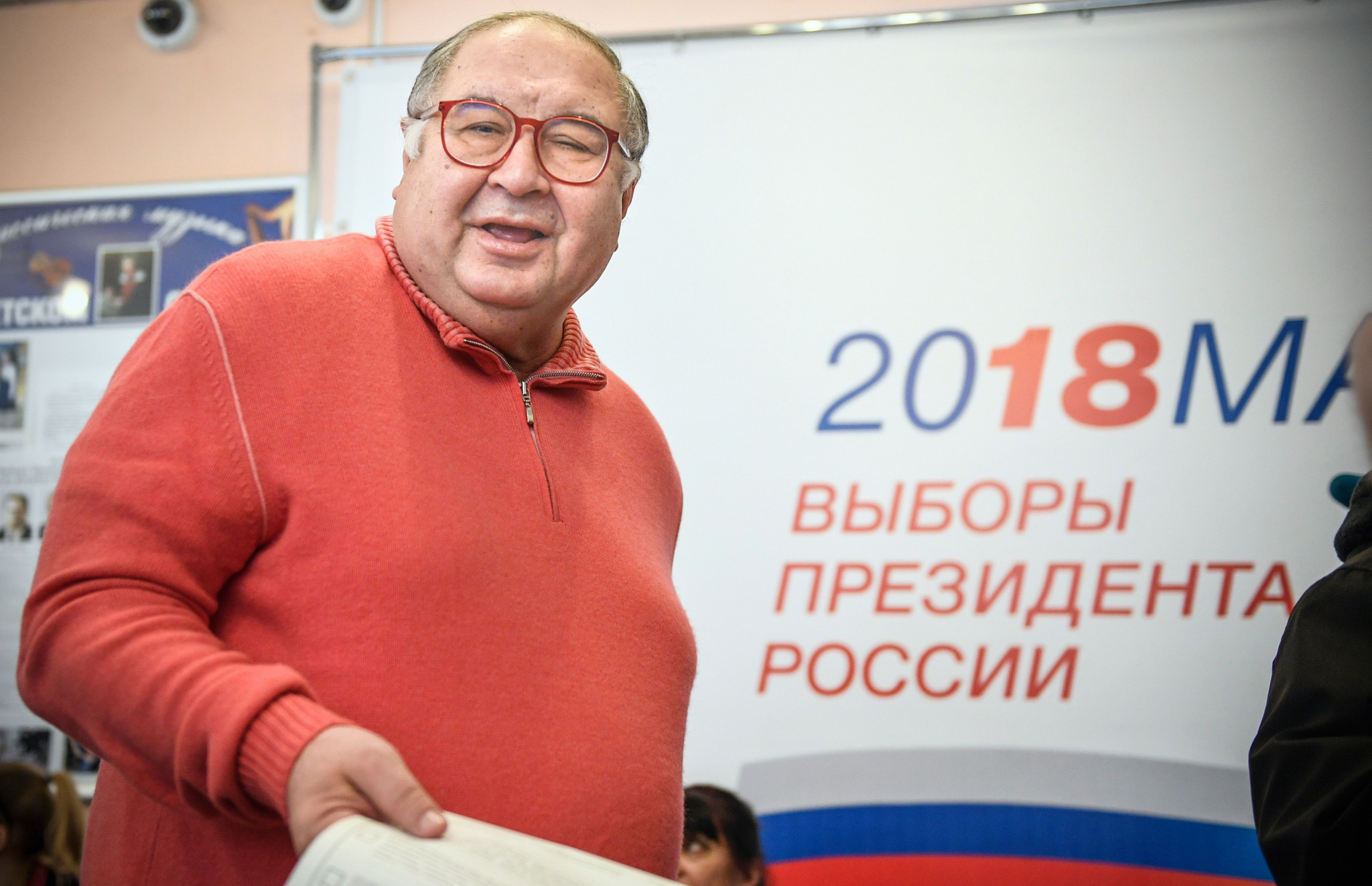 Everton said it "remains shocked and saddened by the appalling events unfolding in Ukraine", and has "suspended with immediate effect all commercial sponsorship arrangements with the Russian companies USM, Megafon and Yota".

Usmanov has never been a shareholder in Everton, but has had strong commercial ties.

He is the founder and a main shareholder of USM Holdings, with the group "established in 2012 to streamline and consolidate the various projects of founder Alisher Usmanov and his partners".

Megafon is a USM Holdings subsidiary, with both companies' branding appearing prominently at Goodison Park under the partnerships with Everton.

USM Holdings entered an initial five-year deal with Everton in 2017, with the club's training ground named USM Finch Farm under the arrangement.

The logo of Yota, which is part of the Megafon group, was added to Everton women's shirt sleeves.

USM, Megafon and Yota logos were seen on advertising boards during Saturday's (February 26) men's match against Manchester City, but the club is expected to either remove or cover up the companies' branding in time for tomorrow's FA Cup home tie against Boreham Wood.

Everton's players took to the field at Goodison Park on Saturday draped in Ukrainian flags, with the club expressing support for Ukrainian international Vitalii Mykolenko, who joined from Dynamo Kyiv in January.

"This tragic situation must end as soon as possible, and any further loss of life must be avoided," an Everton statement read.

"The players, coaching staff and everyone working at Everton is providing full support to our player Vitalii Mykolenko and his family and will continue to do so."

Mykolenko has slammed the Russian men's national team and its captain Artem Dzyuba on his Instagram story, accusing them of remaining "silent" and insisting "you will never be forgiven".

As well as his involvement in football, which until 2018 included a stake in another Premier League outfit in Arsenal, Usmanov has significant ties to the Olympic Movement.

International Olympic Committee President Thomas Bach congratulated him after he was re-elected unopposed for a fourth term as FIE President last year.

The 68-year-old stepped aside as FIE President yesterday in the wake of European Union (EU) sanctions imposed on him and 25 other prominent individuals, which he described as "unfair".

He also vowed to "use all legal means to protect my honor (sic) and reputation".

The EU's measures announced on Monday (February 28) in response to the Russian invasion of Ukraine included an asset freeze, a ban on entering or transiting through EU territory and a prohibition from making funds available to the individuals sanctioned.

The Official Journal of the European Union named the Uzbekistan-born billionaire as a "pro-Kremlin oligarch with particularly close ties to Russian President Vladimir Putin".

insidethegames has previously calculated that the 68-year-old donated around CHF80 million (£65 million/$87 million/€77 million) to the FIE over the course of three Olympic cycles to 2020 after first being elected as President in 2008.