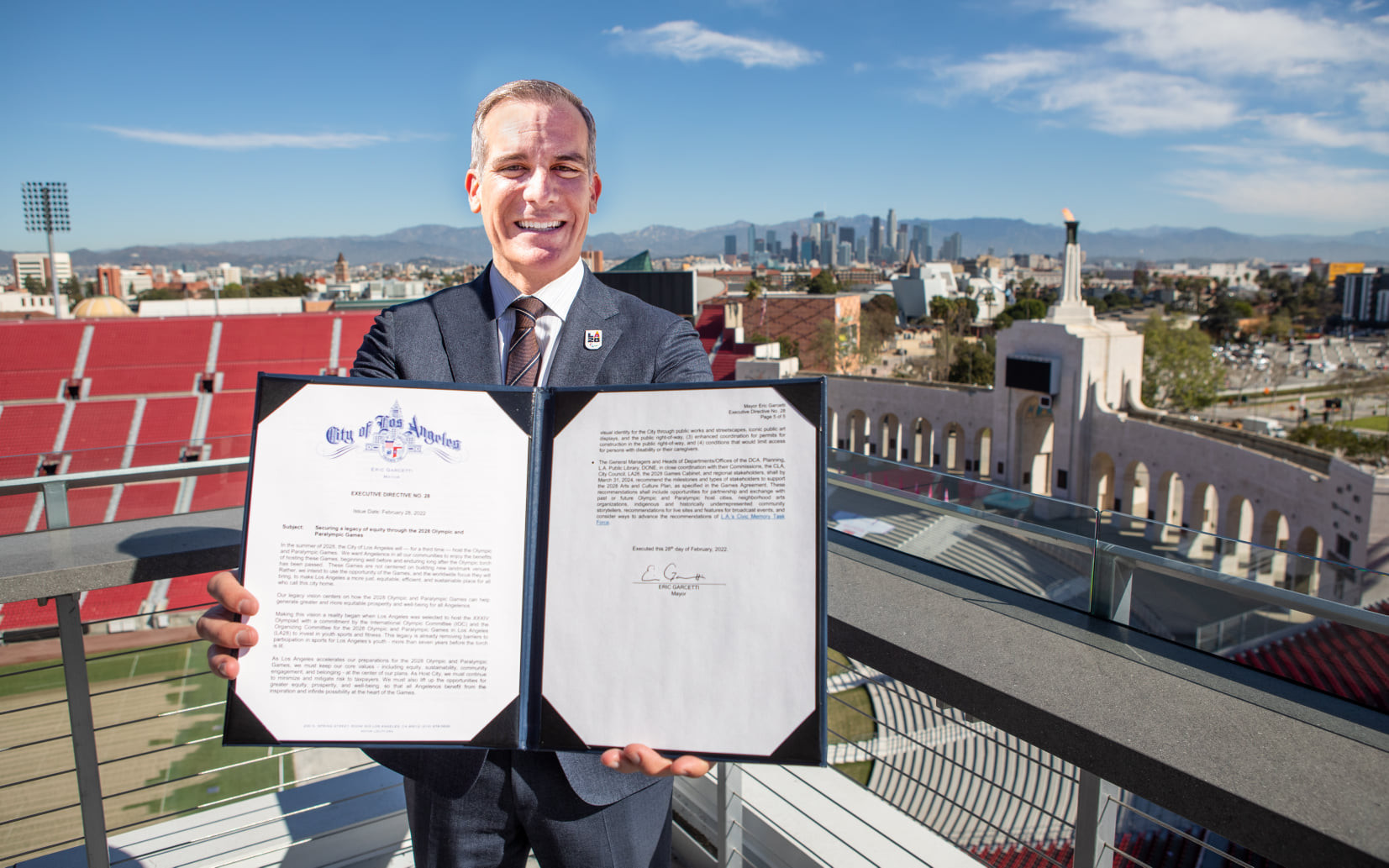 Los Angeles Mayor Eric Garcetti has signed an order which will see the creation of a Games Cabinet to coordinate city departments and key stakeholders in the run-up to the 2028 Olympics and Paralympics.

The directive - officially called Executive Directive 28: Securing a Legacy of Equity Through the 2028 Olympic and Paralympic Games - "will help us to coordinate our preparations for this international event and ensure that LA’s core values drive all of our planning for 2028 and beyond," according to Garcetti.

The Organising Committee, City Council and general managers of various city departments will also contribute to the Games Cabinet.

"The 2028 Olympic and Paralympic Games are not only an extraordinary opportunity to welcome the world to Los Angeles, but a chance to build greater equity and prosperity for all Angelenos - now and for long after the Olympic torch has been passed," Garcetti insisted.

Nina Hachigian is currently Deputy Mayor of International Affairs, while Matt Szabo is the city administrative officer, reporting to both the Mayor and City Council.

The next mayoral election in Los Angeles is set for November 8, and Garcetti will not be seeking re-election as he is set to become the United States' Ambassador to the India.

The establishment of the Games Cabinet was hailed as enabling City of Los Angeles authorities to ensure the Games are used to further equality and opportunities by Curren Price from the City Council.

"Hosting the Olympic and Paralympic Games in 2028 is going to be a monumental opportunity that will strengthen our city, empower our communities but most importantly give a voice to all Angelenos," Price said.

"With the action taken today, the directive opens up the chance for our city to actively engage stakeholders in planning how large events such as the Olympics can be more equitable for everyone.

"This is our chance to build upon the momentum of what the Olympics signify, to solidify a more inclusive and equitable LA."

Los Angeles City Council in December approved the Games Agreement - a key accord which outlines responsibilities held by the city and the Organising Committee - concerning the 2028 Olympic and Paralympic Games.

Existing venues are planned to be used for the Games in 2028, which organisers have cited as evidence of the sustainability of their plans.

Los Angeles has staged the Olympics twice before - in 1932 and 1984 - but never before the Paralympics.

Los Angles 2028 chairperson Casey Wasserman claimed in December that the Organising Committee has already secured "well over" 50 per cent of its revenue target, and insists "we'll set a new standard for what the Olympic and Paralympic Games can be".