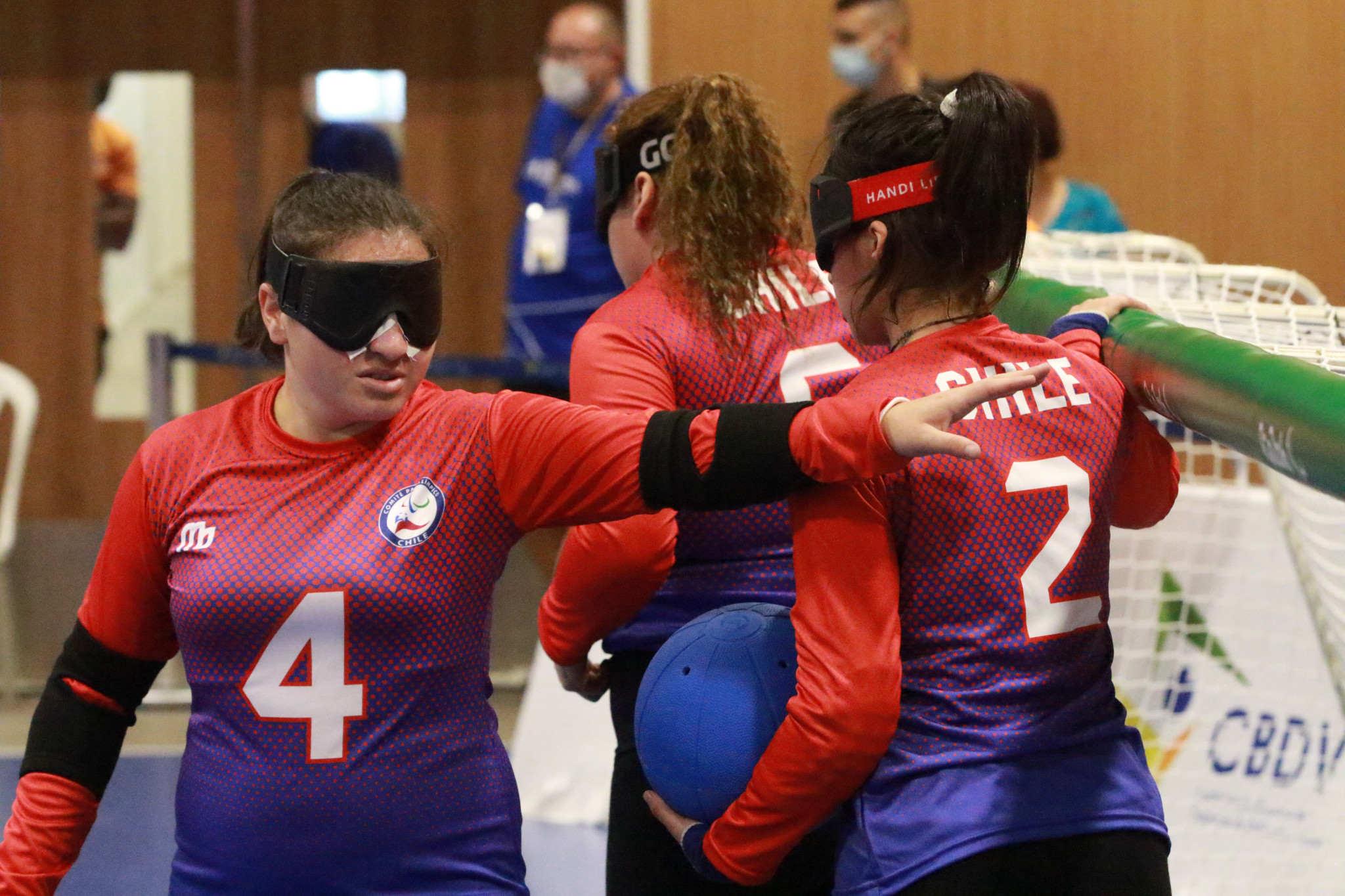 Chile's women reached the quarter-finals on their debut at the International Blind Sports Federation Goalball Americas Championships in São Paulo.

With four teams progressing from each group, two winless sides in Chile and Nicaragua went head-to-head in Pool C of the women's competition to earn the final berth in the knockout stages.

It was Chile who found their form with a superb 11-1 win at the Brazilian Paralympic Training Centre sending them through in fourth place.

However, they have an extremely tough task in the last eight, where they will face Pool C winners Brazil.

The host nation and defending champions ended the first stage of the Championship with a perfect four wins from four after dispatching second-placed Mexico 8-1.

"The first objective was to play well, which we achieved.

"Now we want the spot for the World Cup and the gold medal."

Canada await them in the next round, after they clinched an impressive 6-3 victory over 2019 runners-up the United States before thrashing Argentina 10-1.

Mexico will play Argentina, while the US will take on Peru in the other quarter-finals.

The men's continental, world and Paralympic champions Brazil topped Pool A, with a 10-0 triumph over Peru ensuring they hit double figures in each of their opening six matches.

Argentina notched 7-6 and 16-9 wins against Venezuela and Peru respectively to finish second, with Colombia's 10-7 success against Chile and 7-6 victory over Venezuela sending them through in third.

Debutants Nicaragua picked up two wins on the final day of group action as they beat Peru 10-9 and Chile 10-4, but it was not enough to leapfrog fourth-placed Venezuela.

The US, runners-up at the last edition, thrashed the 2019 bronze medallists Canada 12-2 in one of the day's standout results to top Pool B, with their opponents going through in third place.

Mexico rounded off a successful start to their tournament with a 10-4 win against Puerto Rico, who had done enough to qualify ahead of Guatemala and Costa Rica in fourth place.

The Puerto Ricans face a daunting challenge against Brazil in the last eight, with Argentina facing Canada, Colombia playing Mexico and the US pitted against Venezuela.

Quarter-finals are set to be held tomorrow in São Paulo.