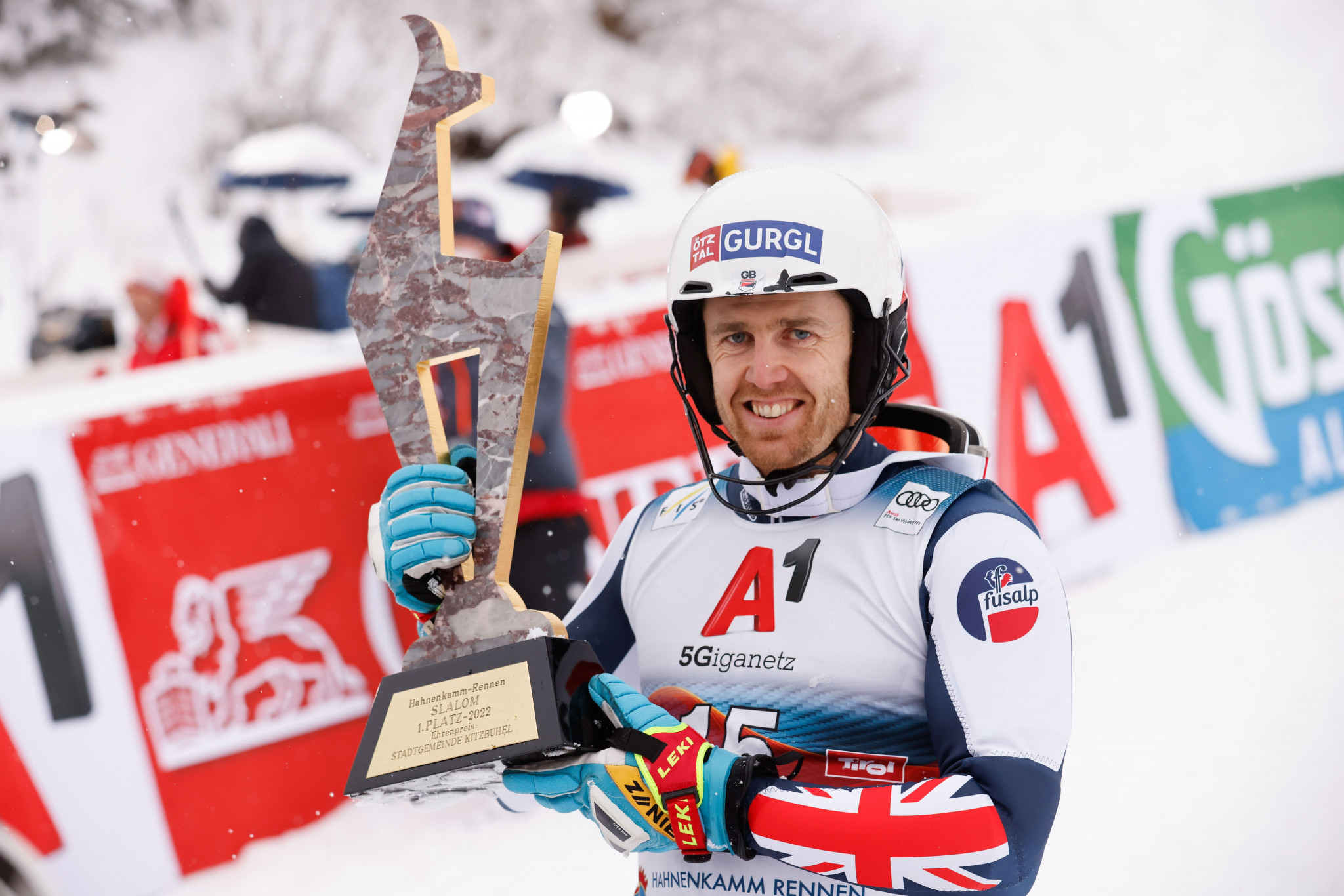 The 35-year-old posted a combined time of 1min 41.26sec across two runs as he pipped Norwegian pair Lucas Braathen and Henrik Kristoffersen to the victory.

Braathen and Kristofferson finished 0.38sec and 0.65sec off the pace, respectively.

"There was so much emotion when I finished and now I just, I don't know what to say, I'm normally not lost for words.

"You know, I'm 35 now, but I never stopped believing, I never stopped trying, and to bring the first victory for Great Britain in a World Cup, in Kitzbühel, I mean, I don't know if dreams are made better."

In 2017, Ryding finished second on the same Ganslern course in Kitzbühel.

The win propels Ryding up to fourth in the overall World Cup slalom standings with 162 points, and represents the fourth podium finish of his career.

Ryding was named in Britain's squad for the Beijing 2022 Winter Olympic Games yesterday, for what figures to be a fourth Olympic appearance.

A second downhill race is on the schedule in Kitzbühel tomorrow, while the next slalom event is on January 25 in Schladming.