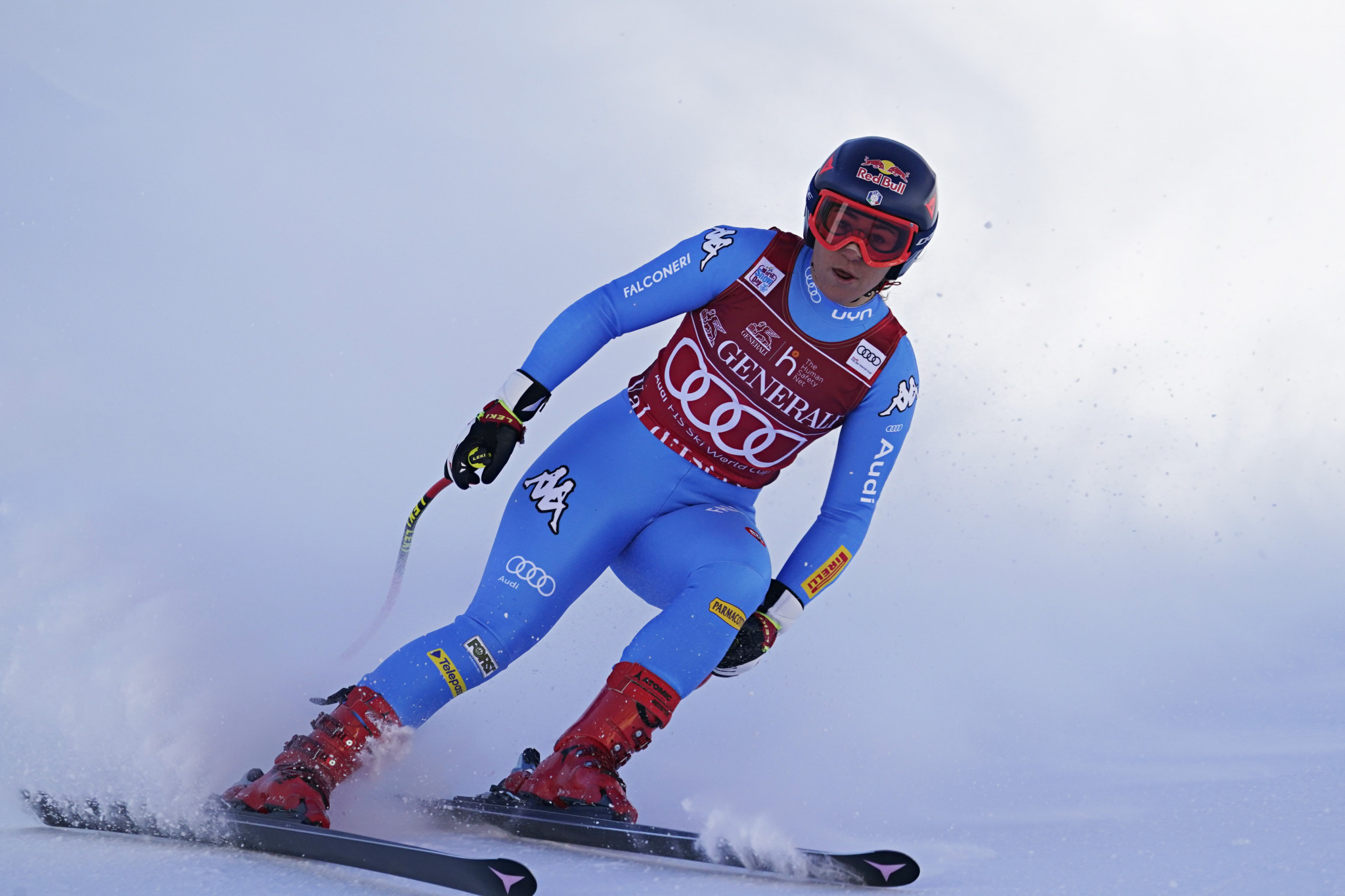 Olympic champion Sofia Goggia will be back in downhill action tomorrow in Cortina d'Ampezzo and seeking to return to winning ways.

Goggia has won three of the four World Cup downhill races contested so far this season, but suffered a heavy fall last time out in Zauchensee.

The Italian appears fully recovered, having clocked the quickest time on each of the two training runs held at the Italian resort this week.

Racing at Cortina d'Ampezzo may be bittersweet for Goggia, who missed the World Championships at this venue in 2021 through injury.

American Breezy Johnson is 60 points behind Goggia in the downhill standings, having thrice finished runner-up behind the Italian.

Johnson figured to be one of Goggia's principal rivals and make a first World Cup appearance of 2022, but following a training fall will now sit out the race.

Overall World Cup leader Mikaela Shiffrin of the United States will not take part in the downhill contest and neither will Petra Vlhová, the Slovakian who is both her closest chaser and the holder of the crystal globe.