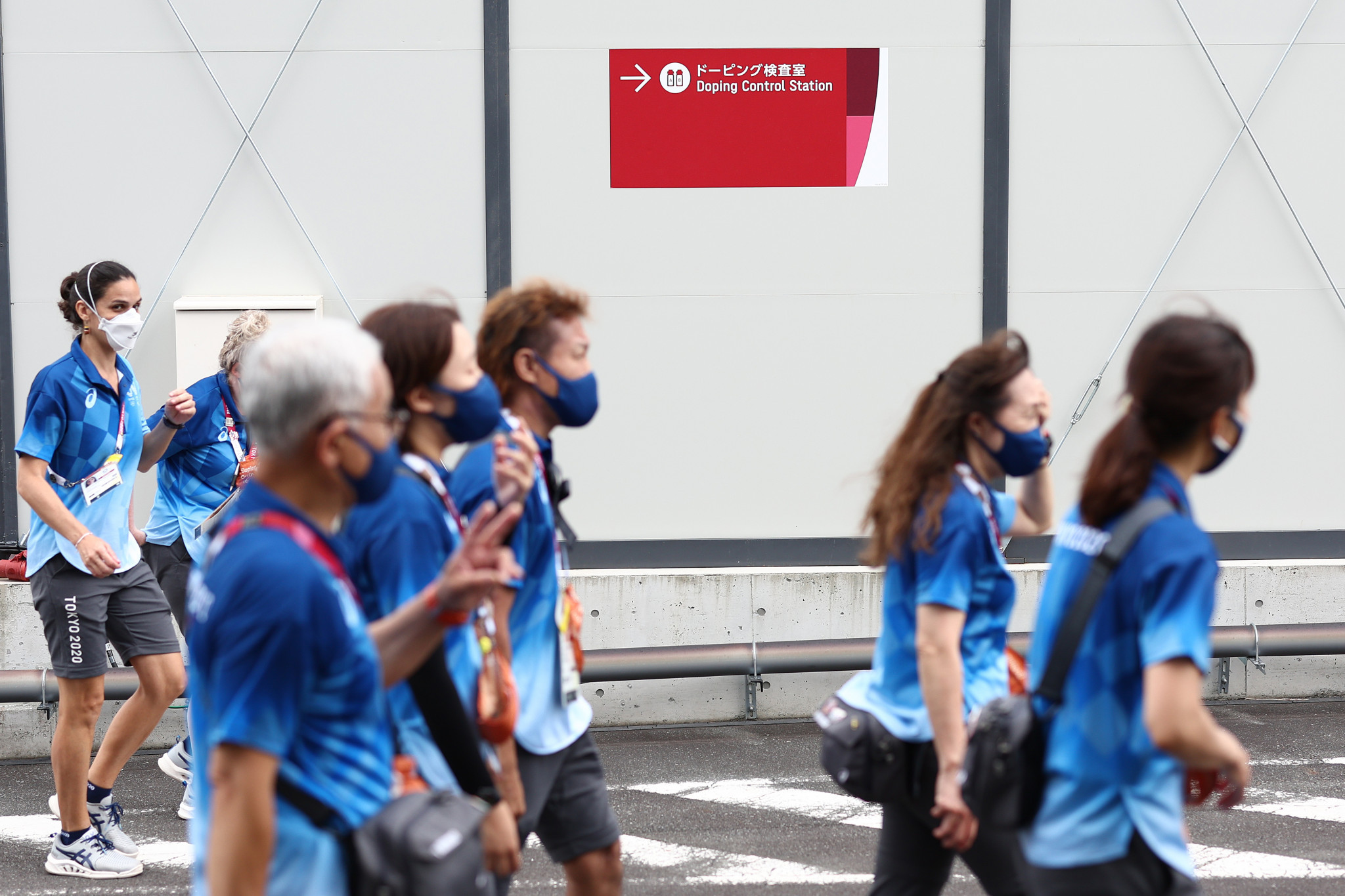 The World Anti-Doping Agency (WADA) has published Independent Observer reports for the Tokyo 2020 Olympic and Paralympic Games, with the organisation saying the programme was robust despite challenges posed by the COVID-19 pandemic.

Francesca Rossi, who is the director of testing of the National Anti-Doping Agency of France (AFLD), chaired the Independent Observer team for the Olympic Games.

The report said the anti-doping programme was delivered in accordance with the Code and International Standards, with more than 6,000 samples collected during the Games period.

The observer team said there was a sufficient and effective breakdown of in-competition and out-of-competition tests that led to six adverse analytical findings reported by the Tokyo Laboratory.

The withdrawal of at least 40 per cent of international doping control officers with significant experience was highlighted as a challenge, with international travel restrictions impacting their ability to travel.

Praise was given to sample-collection personnel in the report, despite the shortage in numbers due to the COVID-19 pandemic.

The report noted that the workforce still delivered the anti-doping programme at a high level, but said this "came at the cost of significant overworking of many staff."

As a result, the report said the final number of sample-collection personnel who worked at the Tokyo Games should not be used as a guide for future Organising Committees.

Other challenges highlighted were occasional challenges to receive accurate whereabouts information from athletes and National Olympic Committees, as well as the implementation of the paperless system.

The report praised the move to allow the International Testing Agency an additional two months of testing jurisdiction, which allowed for greater coordination of tests on athletes who may not have been tested sufficiently leading up to the Games.

A total of 140 athletes from 54 countries were tested in the additional two-month period to ensure they had been sufficiently tested.

An adverse analytical finding was reported in wrestling.

The decision to allow athletes to enter the Athletes' Village only five days prior to competition was found of have had a significant impact on out-of-competition testing plans.

"This meant that on-site athlete availability for out of competition testing was limited," the report said.

"Additional restrictions were imposed on athletes coming from COVID-19 high-risk ‘red’ countries who were required to isolate on arrival to Japan for three days in a dedicated hotel or in one of the Athlete Villages, and therefore the TOCOG [Tokyo Organising Committee] doping control team was not permitted to have access to them.

"Whilst the Japan Anti-Doping Agency (JADA) received special authorization from the Japanese government to have access to athletes in training camp areas and be able to conduct OOC [out-of-competition] testing, JADA decided not to plan test missions during the first three days of an athlete’s arrival to protect the Doping Control Officers’ health and safety.

"This meant that the ITA [International Testing Agency] had to adapt its TDP [Test Distribution Planning] and conduct a large amount of its OOC testing programme until the end of the Games.

"The OOC strategy deployed by the ITA proved to be efficient and effective."

The International Olympic Committee's support for a long-term sample storage programme was praised, allowing for Anti-Doping Organisations (ADOs) store samples for up to 10 years.

The report said ADOs should make use of the programme in the future and store samples collected from athletes who will participate in future Olympic Games, allowing for potential further analysis within the 10-year statute of limitation period under the WADA Code.

"The anti-doping programme, which was managed by the ITA on behalf of the IOC, was robust and comprehensive in accordance with the World Anti-Doping Code and International Standards," said Rossi.

"The ITA was also able to count on the crucial support of the Tokyo 2020 Organising Committee and the Japan Anti-Doping Agency.

"The IO Team congratulates and thanks everyone involved for their commitment in protecting the integrity of the Games by successfully delivering the anti-doping program, despite the restrictions imposed by the COVID-19 pandemic, including the Games postponement by one year.

"The IO Report highlights the strengths of the program and issues recommendations to consider for future editions of the Games.

"It also reflects the unique impacts that COVID-19 had on the 2020 Tokyo Games that affected the global Olympic Movement during its stay in Tokyo."

WADA says the Independent Observer programme is to reinforce confidence in athletes and the public as to the quality, effectiveness, and reliability of the anti-doping programmes conducted.

Jenny Schulze, manager of testing and science of the National Anti-Doping Agency of Sweden, led the Independent Observer team for the Paralympic Games.

A total of 2,174 samples were collected during the Paralympic Games, consisting of 1,122 out of competition and 1,052 during competition.

The Independent Observer team recommended that the International Paralympic Committee (IPC) collaborate with the applicable National Anti-Doping Organisations at least 12 months in advance of the Games to ensure that an appropriate level of out-of-competition testing is built into the test distribution plans.

The IPC was also urged to provide specific test recommendations at least six months prior to the Games.

The report recommended that National Paralympic Committees be more proactive in communicating the longlists to the IPC and their NADO, and the NADOs should ensure that athletes who qualify or are likely to qualify for the Paralympic Games are tested at least once within six months prior to the Games.

"On behalf of the IO Team, I would like to commend the IPC for its strong commitment to clean sport," Schulze said.

"The anti-doping programme at the Paralympic Games, which the Tokyo 2020 Organizing Committee successfully implemented, was comprehensive and based on a solid and elaborate risk assessment.

"The IO Report highlights the strength of the programme as well as recommendations for the IPC, future Organising Committees, the National Paralympic Committees and WADA to consider for future Games.

"The IO Team extends our thanks to the IPC and the Tokyo 2020 Organising Committee for an excellent working relationship before, during and after the Games."

The Tokyo 2020 Olympic Games report can be accessed here.

The Tokyo 2020 Paralympic Games report can be accessed here.