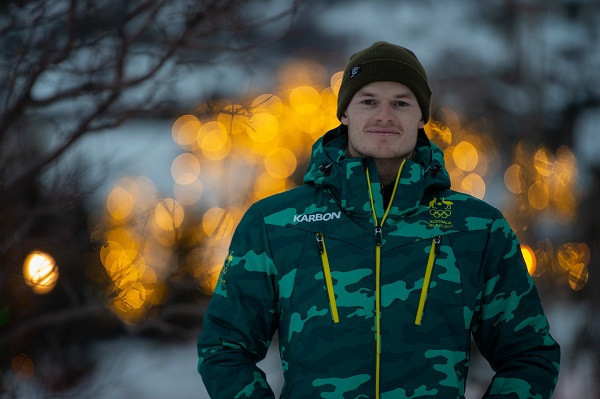 Australia’s team will wear their traditional colours of green and gold at the Opening Ceremony of Beijing 2022, but the decision to introduce a camouflage design has been hailed by freestyle skier Brodie Summers, set to compete at his third Winter Olympics in the moguls.

"There have been a few teams over the years which have had touches of camo in the uniform and most of us have been a bit jealous." Summers said.

"Now that we get a chance to rock the camo I think everyone’s pretty happy.”

The Jackets and ski pants are green, but the Australian crest and Olympic Rings are rendered in gold on the breast pocket and sleeve and the zips also pick up the Australian gold.

The uniforms have been made by Karbon, suppliers of Australian kit at every Winter Olympics since Turin 2006.

They are lined with goose down and have "multi zone insulation mapping".

"Beijing will be an extremely cold Games, with some venues expected to be minus 15 degrees or colder, and it’s reassuring to know Australian athletes will be kitted out by world leaders in winter clothing. “Australian Chef de Mission Geoff Lipshut said.

In addition, each athlete will for the first time, be provided with USB powered heated vests with three different heat settings to be worn under outerwear for the Opening Ceremony  at the National Stadium in the Chinese capital on February 4.

The 2017 World moguls champion Britteny "Britt" Cox is hoping to compete in her fourth Winter Games.

“I’ve competed in China a few times now, it's absolutely freezing in the mountains just north of Beijing. I think we'll all be toasty warm for the Games." Cox said

"Getting to put the Olympic Opening Ceremony jacket on is getting me so pumped up and excited."

The Australian uniform for formal wear is in the same colour scheme and features the names of every Australian Winter Olympian in the lining.

Australia first competed at the 1936 Winter Olympic Games in Garmisch Partenkirchen in Germany but did not win their first gold medal until Steven Bradbury’s shock short track victory at Salt Lake City 2002.

To date they have won five gold, five silver and five bronze.