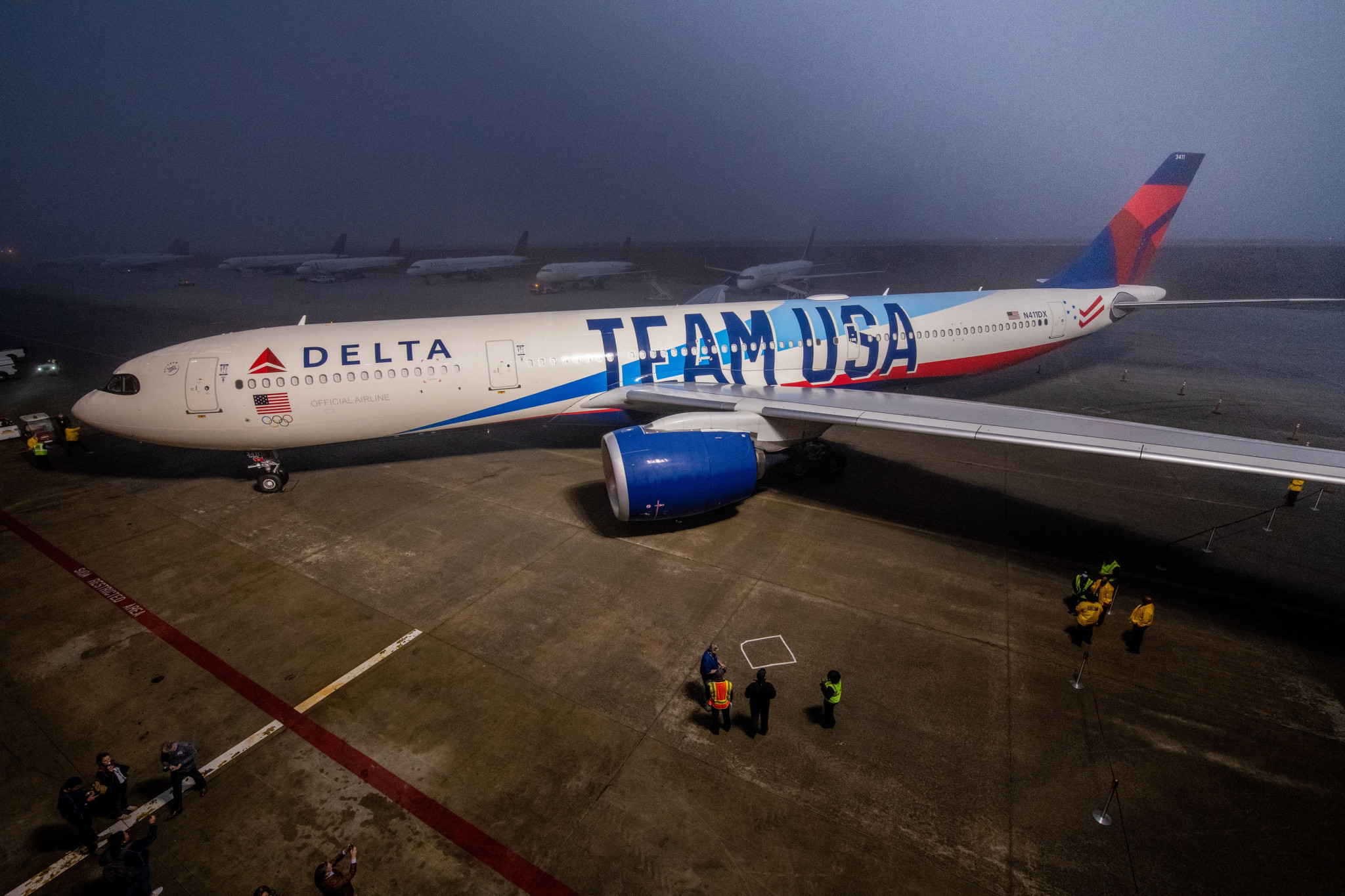 Delta Air Lines has unveiled a custom aircraft livery to celebrate its eight-year partnership with the United States Olympic and Paralympic Committee (USOPC).

Athletes are set to be transported by charter flights, provided by Delta, from Los Angeles International Airport to China prior to next month’s Beijing 2022.

As the USOPC’s official airline, Delta will also manage travel for US Olympians and Paralympians heading to Beijing 2022, Paris 2024, Milan Cortina 2026 and Los Angeles 2028.

"Even through a global pandemic, Team USA athletes have endured and thrived in pursuit of the Olympic and Paralympic dream," said Bill Wernecke, managing director of charter operations at Delta.

"We are proud to carry this extraordinary team into competition and we look forward to being the first to welcome them home."

We're thrilled to partner with @TeamUSA and support its journey to the Olympic and Paralympic Games over the next seven years.

What better way to wish them luck than with a new livery? 🇺🇸✈ pic.twitter.com/LvyjPOzYQG

Delta has revealed a Team USA-inspired A330-900 aircraft that has been designed in collaboration with the airline’s in-house creative team, Window Seat.

"The team opted for a clean, classic design to promote the partnership between Team USA and Delta," said Shane Edwards, product and experiential design manager at Delta.

"The Team USA logo is prominently featured, along with a blue gradient that represents the sky and 'rise to the top' with a grounding red element representing the resilience needed to get there."

Delta has also partnered with six athletes on their journey to Beijing 2022.

"I’m very proud to partner with Delta on the road to the upcoming Olympic and Paralympic Winter Games," Cnossen said.

"Its support is invaluable, especially as I approach my third Paralympic Games, and it is very exciting to see how they will celebrate Team USA through the new livery design.

"Delta is all about helping people’s dreams take flight, whether you’re an Olympic or Paralympic athlete or an everyday traveller.

"This plane is one of many ways Delta will bring the Olympic and Paralympic spirit to life in the air and on the ground - and as an athlete, I’m honoured to be a part of this journey."