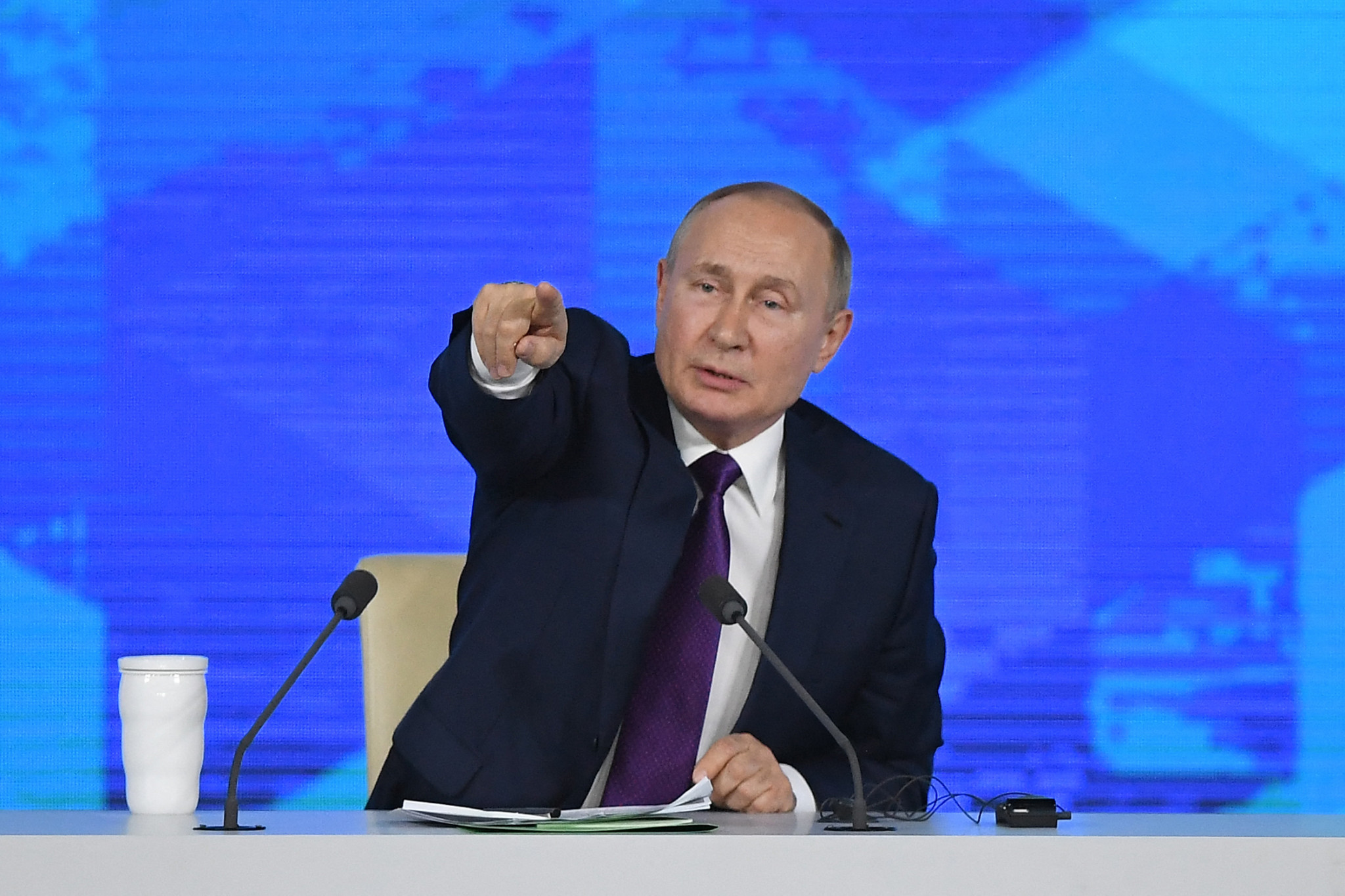 A diplomatic boycott of the 2022 Winter Olympic Games in Beijing is part of an attempt by the United States to check China’s economic development, Russian President Vladimir Putin claimed today.

The US-led boycott over human rights has so far been joined by Australia, Canada and Great Britain but has been fiercely opposed by China’s allies, including Russia and Iran.

Many European Union countries, meanwhile, are fearful that being seen to take part in a boycott could harm business relationships in China.

Speaking during his annual press conference at the Moscow Manege today, Putin stressed that he has always been against the politicisation of sports and reiterated his support for China.

"This decision is unacceptable and erroneous," he said.

"I spoke with a former US President, and he told me that the boycotts of the Olympics in Los Angeles [1984] and Moscow [1980] were a big mistake, made by the United States as well.

"But the United States continues to do the very same mistake.

"What caused that exactly?

"It is an attempt to curb China's growth."

Putin has already accepted an invitation from Chinese President Xi Jinping to attend the Opening Ceremony of Beijing 2022 on February 4, despite Russia's flag and national anthem being banned from the Games as punishment for alleged state-sponsored doping.

Putin warned that if the US were trying to put on the brakes on China it was too late.

"They cannot hold back the development of China,” he said.

"The Chinese economy is already larger than the US economy in terms of purchasing power parity.

"China will inevitably become the world's top economy in all other respects.

"But you have to understand this."

Putin, who consistently touted Russia’s relations with China during his speech, revealed that both sides are "jointly making high-tech weapons".

"The Chinese Army is largely equipped with the most advanced weapons systems," he said.

"We even develop individual high-tech weapons [such as aircraft and helicopters] together."

Representatives of about 200 human rights organisations around the globe have called for athletes to boycott Beijing 2022 in protest over alleged Chinese human rights abuses in the Xinjiang autonomous region.