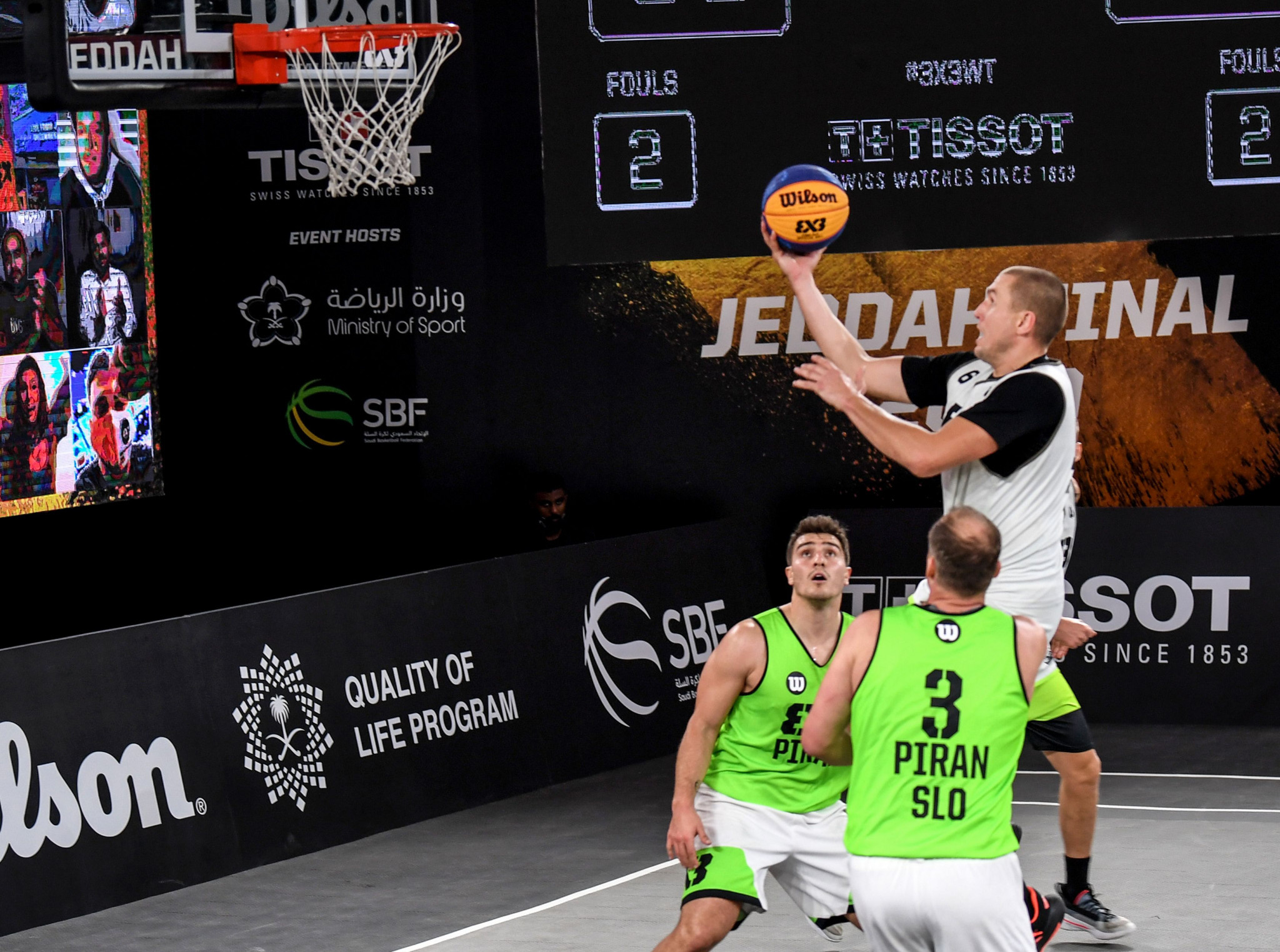 Latvian side Riga got off to the perfect start at the International Basketball Federation (FIBA) 3x3 World Tour Final in Jeddah as they look to retain their crown in the Saudi Arabian city.

Talisman Karlis Lasmanis of Latvia produced a typically outstanding performance for Riga as they beat Lausanne 21-19.

The 27-year-old scored nine points and took three rebounds for a game-high player value of 11.6.

Prior to competition, Lasmanis was named the regular season's Most Valuable Player.

After their opening win, Riga then defeated Princeton 20-14 in a comprehensive performance in which Lasmanis achieved the highest player value again, this time with a score of eight.

The pool stage victories guarantee Riga's place in the quarter-finals where they will face Gagarin following the Russian side's second-place finish in Pool C.

Serbian side Ub beat San Juan 21-16 in a tough opening fixture in Pool B before demolishing hosts Jeddah 22-11 to condemn them to last place on home soil, to set up a last eight encounter with Antwerp.

Amsterdam beat Graz 20-15 in Pool D in the final group game of the tournament.

Amsterdam's victory saw them win Pool D and set up a quarter-final meeting with San Juan who were second in Pool B.

Liman's 19-10 victory against Gagarin and 22-20 defeat of Šakiai ensured they topped Pool C, resulting in a last eight match-up with Lausanne.

The tournament will reach its conclusion tomorrow as all of the quarter-finals, semi-finals and final are scheduled to take place.