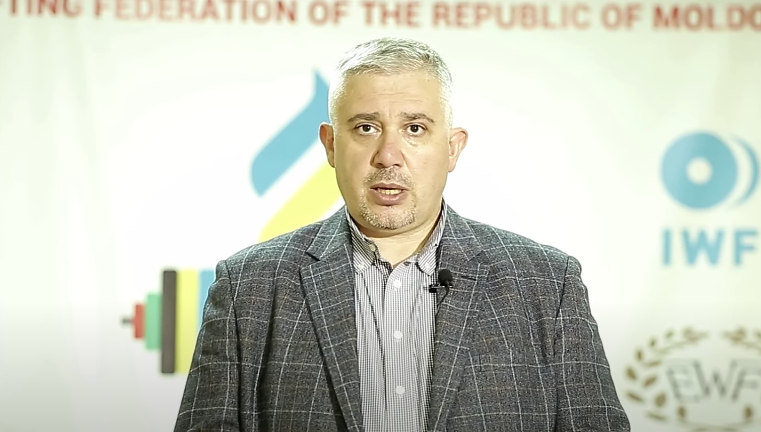 A new President of the European Weightlifting Federation will be elected tomorrow - the third different leader within six months.

It is a difficult election to call, with three candidates expected to have a good level of support and no clear favourite for when voting takes place around noon BST.

Hasan Akkus, from Turkey, was elected in April but stood aside as President in late June, three days after being charged with a serious historic doping offence, which he is contesting.

The Russian Maxim Agapitov took over as Interim President but is not standing in the online election tomorrow.

Agapitov was involved in controversy when he used the EWF website to make personal attacks against rival candidates, from Britain and Hungary, in the (since postponed) International Weightlifting Federation (IWF) elections.

Members took a vote of no confidence in Agapitov, by 29 to four, in October and a special election was called.

Tomorrow's winner will take a seat on the IWF Board, which meets on Sunday (December 19) in Tashkent, Uzbekistan, as one of the five continental federation Presidents.

Seven candidates were nominated in November but only three or four are expected to remain when the votes are cast tomorrow during a virtual election.

One withdrew today, Colin Buckley of Ireland, to focus on his role for the IWF.

"As the COVID-19 pandemic continues to prevail, maintaining the health and safety of all our federations is of paramount importance," he said in a letter to member federations.

"I have been asked by the IWF to continue the important role I have, as IWF COVID-19 Operations Manager.

"As a result of this international role, I have decided to step down as a candidate in the EWF Presidential election."

Jan Eric Kwekkeboom of the Netherlands, who stated at the outset that three candidates would be ideal, is expected to withdraw.

Others who are said to be considering standing aside are Tryggve Duun, a Norwegian police officer, and Nedim Masic from Bosnia and Herzegovina, who has four decades of experience in weightlifting as an athlete, coach, administrator and event manager.

If that happens the three remaining candidates will be David Kipshidze of Georgia, Antonio Conflitti of Moldova and Ashley Metcalfe of Britain.

Conflitti, defeated in the April elections after raising doubts about Akkus’s suitability as a leader, has overseen a clean-up and improved results as President of the Moldovan Weightlifting Federation.

He believes the EWF is more divided than other continental federations and is striving for unity as well as reform.

Kipshidze said he would focus on better governance and marketing, and believes his "extensive experience as a sports administrator, top-tier events director and researcher" would aid his cause.

The EWF Board member has diplomas from Georgia and the United States, and wrote a thesis on "the marketing value of the main weightlifting events."

Metcalfe, chief executive of British Weight Lifting, said he was "keen to influence and ensure a clean, transparent athlete-centred sport that is the envy of other continents."

He, too, highlighted the need for unity and better marketing.