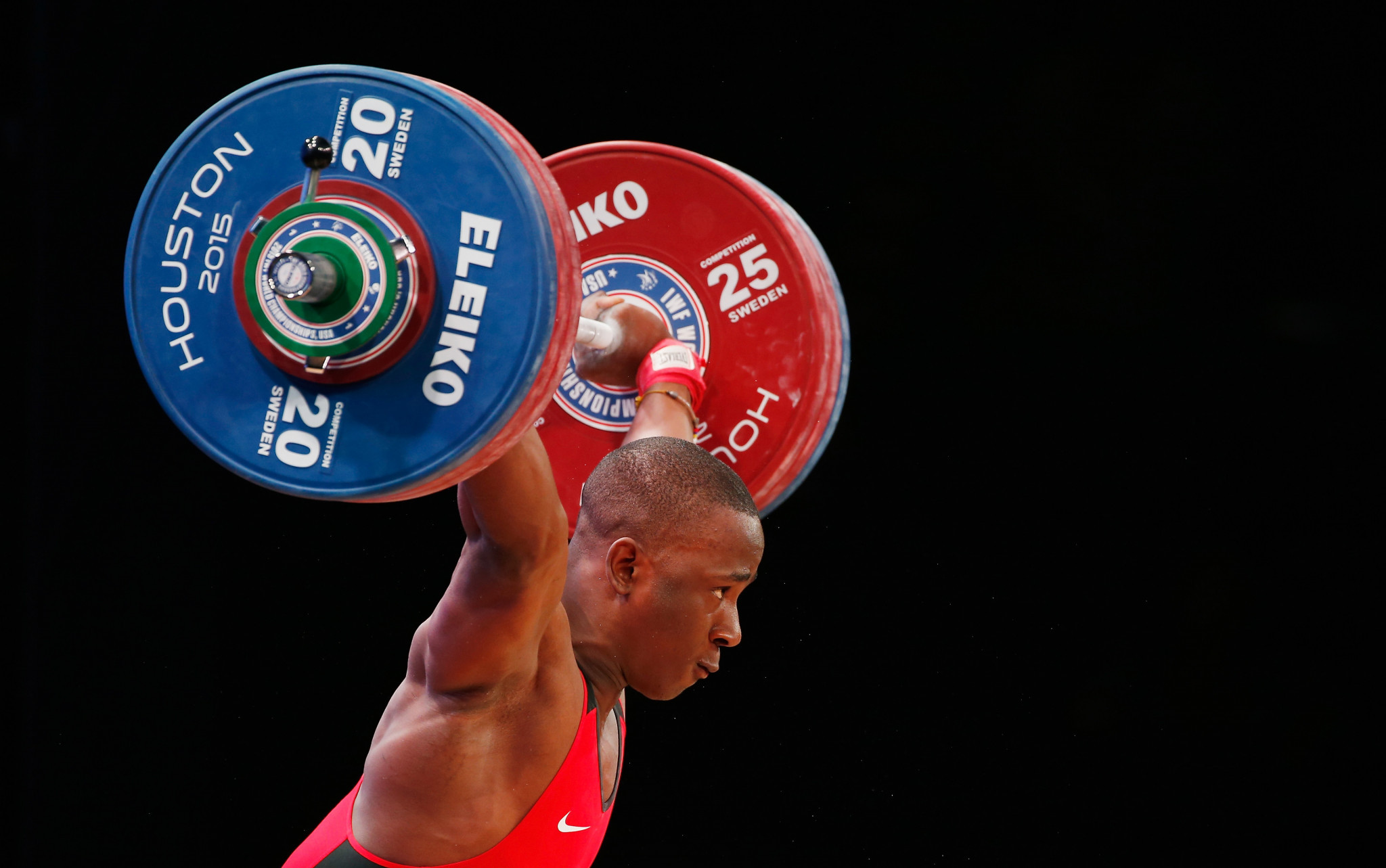 Lesman Paredes of Colombia broke a world record on his way to a stunning victory in the International Weightlifting Federation (IWF) World Championships in Tashkent in Uzbekistan today.

The top five finishers in the Olympic Games lined up again in the men’s 96-kilograms category but Paredes did not compete in Tokyo and, in his first international competition at this weight, he beat all of them in style.

He broke Sohrab Moradi’s snatch world record by 1kg when he moved up from 180kg to 187kg, and was 9kg clear at halfway.

More importantly, Paredes had built a huge 15kg lead over Meso Hassona, the Olympic champion and strong favourite to win again in Tashkent.

Meso, who became Qatar’s first Olympic champion in any sport in August, failed with two of his snatches and was forced to go for a career-best clean and jerk of 229kg to overtake Paredes.

As he lined up for the medal ceremony, Paredes held up his mobile phone for the cameras – showing on its screen the news that he had taken Moradi’s world record.

There were five men in the line-up: Paredes, Meso, Vallenilla, Canada’s Boady Santavy and Artyom Antropov of Kazakhstan.

Santavy, fourth in Tokyo, was second in the snatch on 178 but could not better his first clean and jerk of 201kg and finished fifth on total.

Antropov was way behind after the snatch but ran Meso close in the clean and jerk with 221kg for second place.

The Olympic bronze medallist, Anton Pliesnoi of Georgia, suffered an injury since and, post-recovery, competed in the B Group, making 170-190-360.

The fifth-place finisher in Tokyo, Chen Po-Jen of Taiwan, made 173kg in the snatch but bombed out in the clean and jerk.

Meso, 23, had been behind in the snatch in the Olympic Games before winning by a wide margin, but he was too far behind this time.

There was a very tight finish in the other medal event of the day, the women’s 76kg, which went the way of South Korea.

Iana Sotieva, the Russian junior world champion, and the American Mattie Rogers both held the lead near the finish but two Koreans, Kim Suhyeon and Lee Min Ji, both had two lifts to come.

Kim Suhyeon, who bombed out in the clean and jerk at the Tokyo Olympic Games, missed both of her attempts while Lee Min Ji, in her first senior competition, made both of hers.

Kim dropped to fifth place behind the impressive Brazilian Laura Nascimento, who made a career-best by more than 30kg with five good lifts for 108-132-240.

Rogers, who has lifted at 71kg, 81kg and 87kg since her last appearance at 76kg in early 2019, was the third American medallist in two days after winner Meredith Alwine and Olivia Reeves were on the podium in the 71kg on Monday.