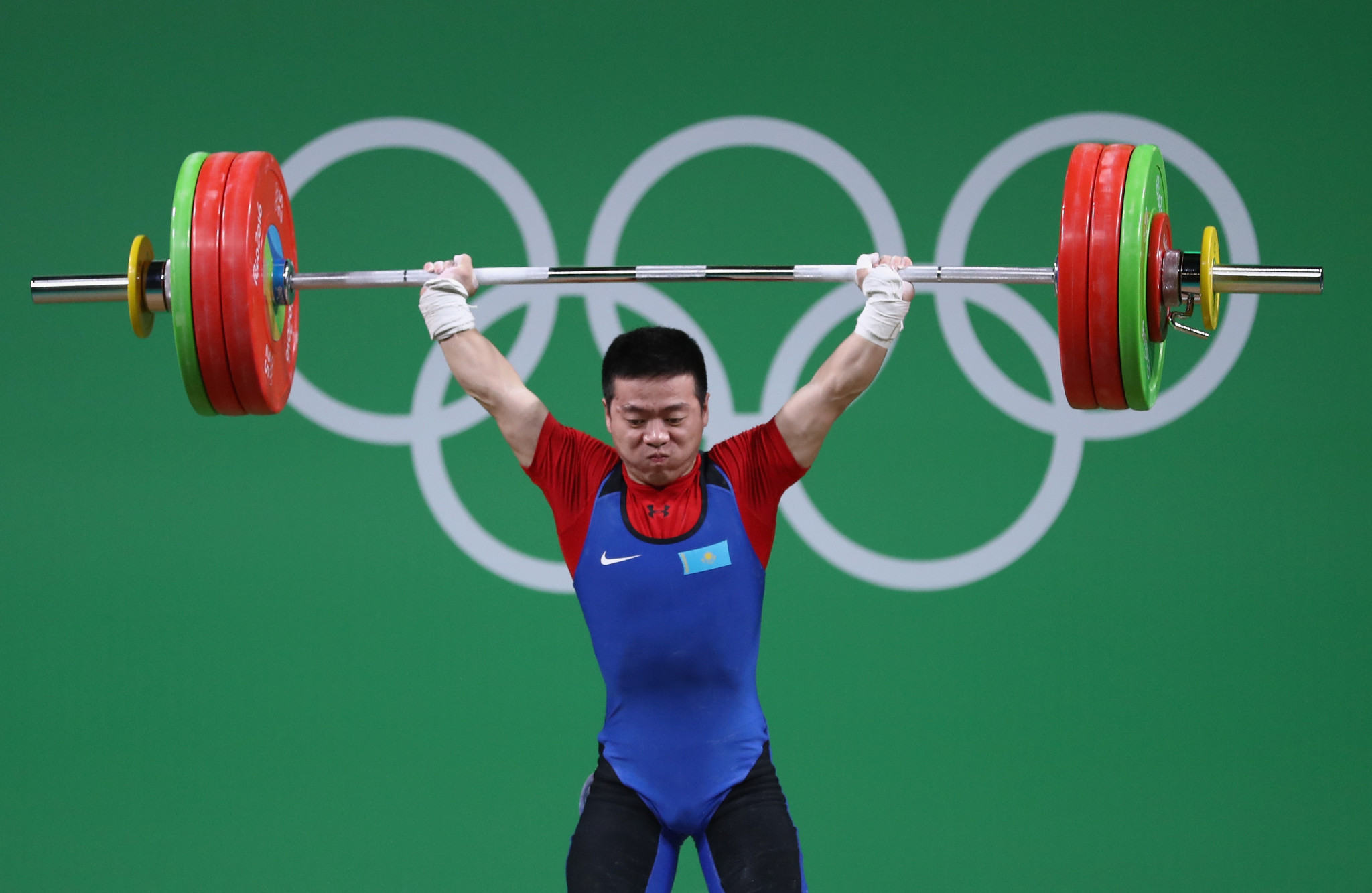 Chontey made six from six for 118-242-260 to finish 4 kilograms ahead of the young Thailand lifter Thada Somboonuan in the men's 55kg.

Saudi Arabia's Mansour Al Saleem, leader in the snatch, bombed out when he missed all three clean and jerks at 136kg and 138kg.

Chontey, fourth at the Rio 2016 Olympic Games and the Asian champion last year, had finished behind Al Saleem and back in fifth place at the last IWF World Championships two years ago.

The bronze medal went to Angel Rusev who, if all goes well for his team, will not be the only Bulgarian medallist of the World Championships.

Rusev, 20, holds youth and junior world records in the clean and jerk, and the youth best on total too.

He was well behind after the snatch, as usual, and would have finished second if he had made his final attempt at 147kg.

Rusev is one of five young Bulgarians in Tashkent, all aged between 17 and 21.

The hopes of a nation that was so dominant in weightlifting late last century, but was brought down by doping, are pinned on this new generation - and on the the new President of the Bulgarian Weightlifting Federation, Arif Majed.

The successful 37-year-old businessman, who was elected in May, said, "For the last 10 years our federation has been lost in space, generally speaking.

"We have to change the image of Bulgarian weightlifting."

That means the top priority is dealing with the doping culture that led to Bulgaria being sent home from or banned from the Olympic Games four times between 1988 and 2016.

“It's about educating the athletes and the coaches."

Majed has taken advice from Ashley Metcalfe of British Weight Lifting and said, "He has given me some great tips about education and clean sport.

"I intend to work with other federations that take anti-doping very seriously."

Another priority is attracting more young people and more women to the sport.

Only one of Bulgaria’s team of five in Tashkent is female, Nadezhda-Mey Nguen, who lifts tomorrow at 45kg.

She and Rusev both won European titles in Moscow in April, as did the 61kg lifter Stilian Grozdev, who is not competing in Tashkent.

Tomorrow's medal events, both for women, are at 45kg and 49kg, and the favourites respectively are Saziye Erdogan, the world champion from Turkey, and Thailand’s Surodchana Khambao, the 2018 junior world champion.