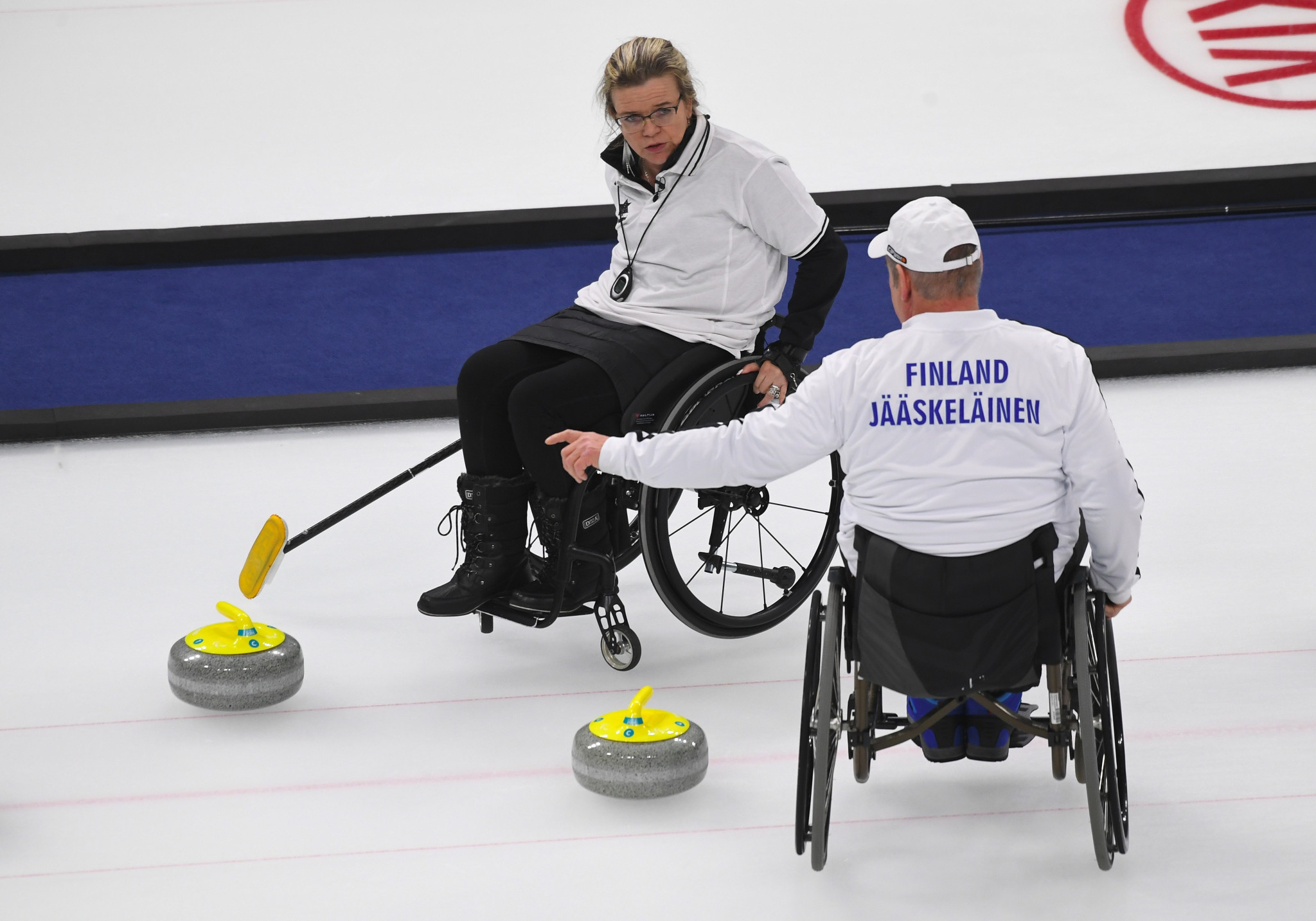 The first-ever World Wheelchair Mixed Doubles Curling Championship is set to take place after the Beijing 2022 Winter Paralympic Games with Lohja in Finland announced as hosts.

Lohja was originally due to play host to the inaugural edition in January only for it to be cancelled because of the coronavirus pandemic.

The World Curling Federation (WCF) has now confirmed the Finnish city will stage the event from April 30 to May 6 at the Kisakallio Sports Institute.

The WCF said the timing of the tournament will allow some athletes to compete in both a World Wheelchair Curling Championship and the Paralympic Games in the same year.

Wheelchair mixed doubles curling has been provisionally approved as an additional event at the Milan Cortina 2026 Winter Paralympics.

"Adding this World Championship to our season’s calendar is vital in order to move forward with the mixed doubles discipline which has been added to the Paralympic programme in Milan Cortina 2026."

Up to 25 teams made up of one female and one male player are expected to play at the World Wheelchair Mixed Doubles Curling Championship.

"Having our wheelchair players experience the fast-pace play of mixed doubles at a World Championship will not only increase their skillset on the ice, but also it will provide additional opportunities for teams to compete internationally," added Caithness.

"Many thanks to our partners at the Kisakallio Sports Institute and Finnish Curling Association for stepping up to host this first edition of the championship.

"They continue to push the boundaries for holding the most World Curling Championships within the last decade and we are confident they will put on a great event once again."

Lauri Ikaavalko, head organiser of the Kisakallio Sports Institute, said they were proud to be the first-ever hosts of the event.

"With our vast history in hosting the World Wheelchair Championships we are delighted to welcome the athletes to our specially designed facility," said Ikaavalko.

"Our venue is perfectly suitable for this championship because everything is nearby, it is designed for both wheelchair curlers and able-bodied athletes. Since hosting championships in the past, curling in Finland has continued to increase in popularity and we hope this championship provides the same opportunities for our local curling community."