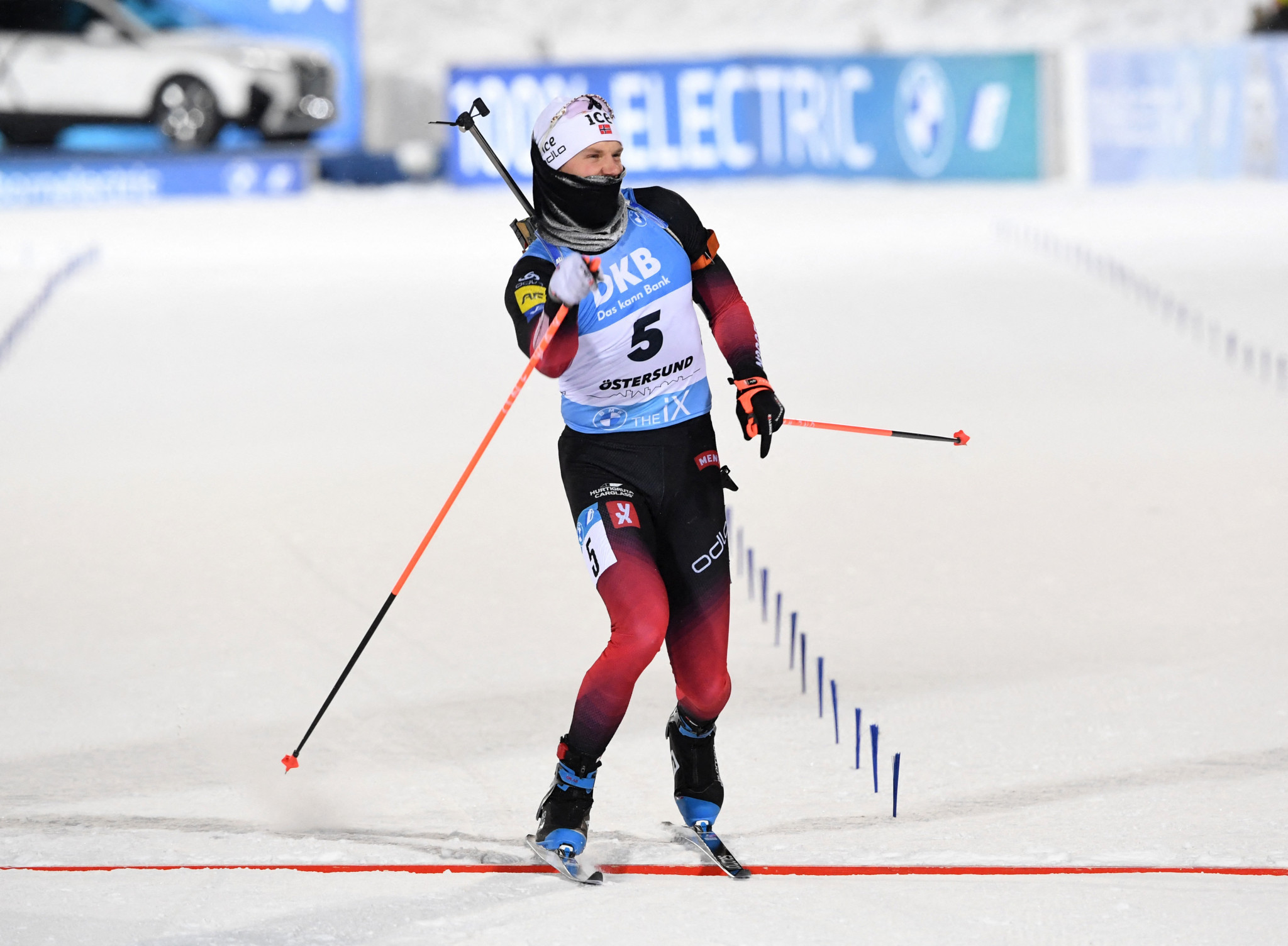 Samuelsson was aiming to secure a third successive victory in the Swedish victory after back-to-back 10km sprint successes, but the 24-year-old had to settle for silver as Christiansen emerged victorious in a time of 30min 14.8sec.

He finished 9.4sec behind in second as Émilien Jacquelin, who claimed silver in Thursday’s (December 2) 10km sprint, completed the podium with bronze after finishing 11.0sec adrift of Christiansen.

After four races this season, Christiansen has also moved ahead in the overall World Cup standings with 178 points - three in front of Samuelsson.

Braisaz-Bouchet and her team-mates Anais Bescond, Julia Simon and Anais Chevalier-Bouchet used just four spare rounds in their win as they finished in 1 hour 10min 30.3sec.

"I was so pissed after the third shooting I missed the last shot!"

Vetle Sjaastad Christiansen, straight to the point as always! 😅

Watch the replay of the Men Pursuit on https://t.co/bk5aBBso9Q pic.twitter.com/ZdOHZWct9o

"After my wedding day, the best day of my life," said Braisaz-Bouchet.

"I just enjoyed it; one of the most emotional wins we had, and I had personally.

"The head coach told us that it was a long time that we did not win a relay, three years or more.

"We had big ambitions so I am so happy for all the team."

Belarus, with six spares, were 57.9sec back in second, while Sweden were more than a minute further behind after Hanna Oeberg outsprinted Norway’s Marte Olsbu Røiseland in the last 100 metres to finish third despite two penalties and eleven spares.